"Strategic decision": why the disqualified FIG gymnast Kulyak was not allowed to compete in Russia

FSGR did not allow Ivan Kulyak to participate in domestic competitions, as his participation could provoke the application of sanctions. So this decision was explained in the federation. However, the governor of the Kaluga region, Vladislav Shapsha, called the suspension a monstrous injustice, and State Duma deputy Roman Teryushkov accused the federation of unwillingness to protect the interests of the athlete. In turn, the two-time bronze medalist of the 2008 Games Anton Golotsutskov called the decision strategic. 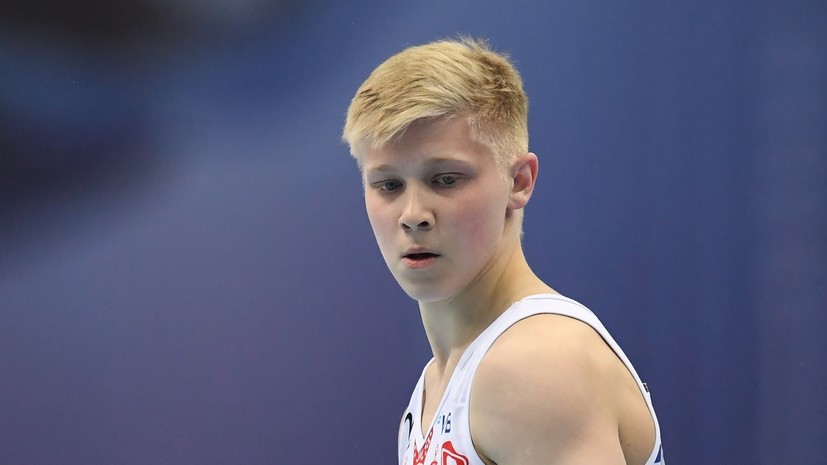 Ivan Kulyak, suspended for a year by the International Gymnastics Federation (FIG), will not compete at the Russian Cup in Kaluga.

This is due to the fact that his suspension applies to any tournaments, including those organized by the Russian Artistic Gymnastics Federation.

On the one hand, such a development of events was expected, because in the decision, published in May, it was clearly stated: the athlete is forbidden to take part in competitions organized by an affiliated federation, which is a FIG.

On the other hand, the head coach of the Russian national team, Valentina Rodionenko, said in mid-June that the international federation had no right to dispose of the internal calendar and Kulyak would compete in all Russian competitions, including the Russian Cup and the Spartakiad.

In addition, swimmer Yevgeny Rylov recently found himself in a similar situation, whom FINA disqualified for 9 months for participating in a rally-concert in honor of the anniversary of the annexation of Crimea to Russia.

And the two-time Olympic champion was able to compete at the national championship, despite international sanctions.

Apparently, this is precisely why the final decision of the FSGR to not allow Kulyak to start caused a surge of misunderstanding and indignation.

One of the first to express it was the governor of the Kaluga region Vladislav Shapsha.

“I consider this a monstrous injustice.

I strongly disagree with this decision.

Ivan Kulyak deserves to compete at the Russian Cup.

In any case, we will continue to support and protect our athlete, ”the politician wrote on his Vkontakte page.

Rodionenko, on the other hand, explained that disobedience to the decision of the FIG threatens with sanctions for the FSGR as a whole.

“We have no right to risk disqualifying the entire federation,” the coach emphasized on Match TV.

Roman Teryushkov, a member of the Committee on Physical Culture and Sports of the State Duma of the Russian Federation, reacted very harshly to these explanations of Rodionenko and even called for the organization to be disbanded, since it does not seek to respect the interests of the athlete.

“You think that your federation has not been disqualified, you have a flag, an anthem, athletes compete in international competitions.

I believe that after these words, the federation should be closed and you should be removed from Russian control.

We need to create a new federation that will not stick a knife in the back of the guys and the country.

The situation needs to be considered by the leadership of our sport.

Our guy showed patriotism," the deputy said on Match TV.

Olga Zanko, deputy chairman of the Duma committee for the development of civil society, also called for Kulyak to participate in internal competitions.

“The world sports community will still find a reason to find fault, as they already did, when, for example, we could not be proud of the victories of our athletes under the flag of Russia.

We must support our guys who stood up for our army and for our country, ”RIA Novosti quoted the deputy as saying with reference to her press service.

However, the FSGR is not ready to confront the FIG.

So, the president of the organization, Vasily Titov, said that in any case this would not benefit Russian sports.

“I have already made a statement about this, there is no other way out.

What else can I say?

Let's burn all the bridges to remove the federation?

If people don't want to understand, then what will I do?

We do not agree with the suspension, we have filed an appeal, but the situation is the way it is, unfortunately.

In any case, I do not think that it is necessary to break off relations with the international federation, to give a damn about its decisions, ”RIA Novosti quotes Titov.

Two-time Olympic medalist in Beijing Anton Golotsutskov considered the position of the FSGR to be correct, since it takes into account the interests of all stakeholders, and not just one gymnast.

“Any leader must think strategically.

If there is a risk of some kind of sanctions, then it is wrong to allow one person to suffer later on for everyone.

If there hadn't been a threat, I'm sure he would have been allowed to speak.

But we are now surrounded on all sides, they are trying to infringe on us by any means.

So there were circumstances, Ivan was not lucky.

But he is still young, almost a child, he has everything ahead, let him train, ”Golotsutskov said in an interview with RT.

Kulyak, despite being suspended, is in Kaluga along with the rest of the athletes of the national team and even trains in the gym where the competitions will be held.

As Rodionenko emphasized, the athlete is not left to the mercy of fate, he receives all possible support, but there are rules that must be observed.

Recall that the FIG disciplinary commission disqualified Kulyak for one year because in March 2022 he entered the awards ceremony of the World Cup stage in Doha with the letter Z on the form.

The athlete filed an appeal against this decision, but it has not yet been considered: according to preliminary data, the hearing will take place on August 15.

At least until this moment, the gymnast will not be able to enter the platform.

The Russian Cup will be held in Kaluga on July 6-10.