Wimbledon: Harmony Tan, the winning return of a talent that went under the radar

Underestimated by the federal detection system due to an atypical game, Harmony Tan has long doubted her abilities. Today, the French player, 115th in the world, however, seems to have… 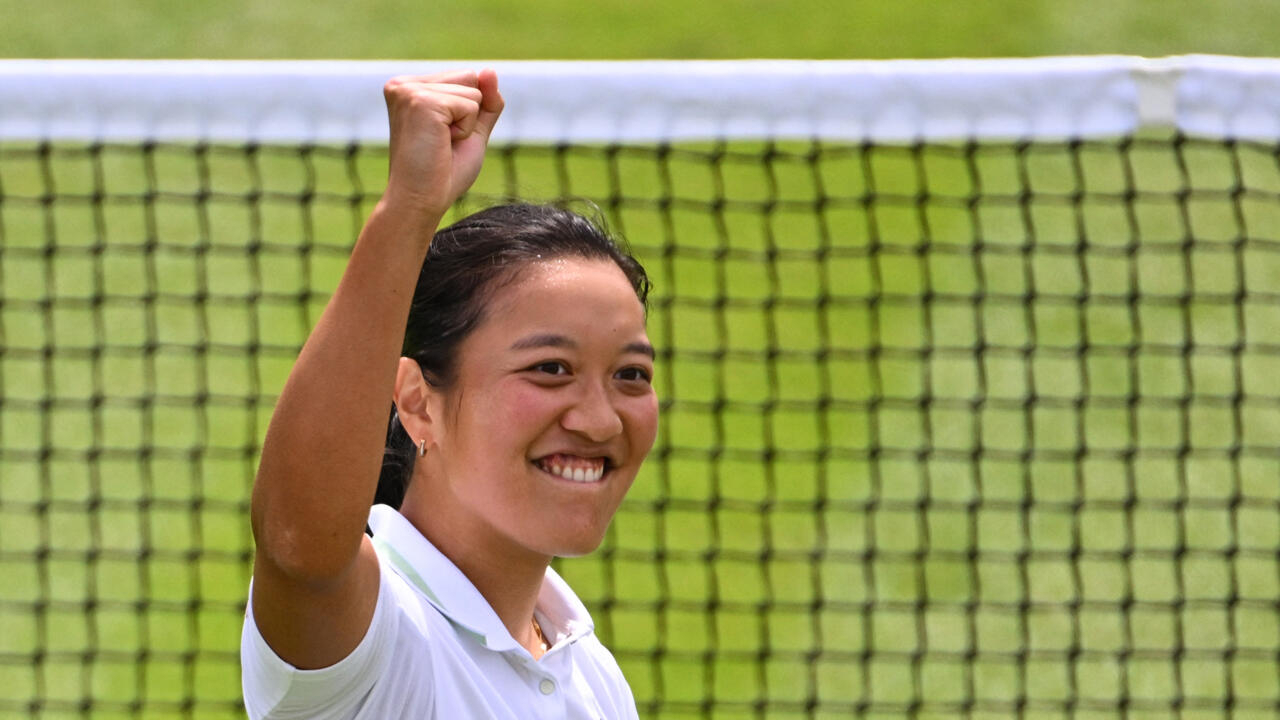 At 16, she thought about quitting tennis.

Eight years later, she is playing the tournament of her life at Wimbledon.

In the first round, the 24-year-old Frenchwoman ruined the return of Queen Serena Williams by making her give in after a physically and mentally exhausting fight.

A victory all the more beautiful for Harmony Tan as it took place on the legendary Center Court where her rival had won 7 of her 23 Grand Slam titles.

In the third round, she imposed herself as the boss against the Briton Katie Boulter (6-1, 6-1) in 50 short minutes.

She had never won 3 games in a row on the circuit main, here she is in 2nd week 👏 pic.twitter.com/FJxqExiL2I

Something to boost her self-confidence undermined by a complicated start to her career.

As a teenager, her atypical game, all in variations of length, height, intensity to destabilize the opponent, left her at the door of federal detection.

"It made me doubt a lot," she says today.

"When I was 16, I had my baccalaureate and I wanted to go back to school. I took the Sciences Po Paris entrance exam and was accepted. And then I thought a little bit, I gave myself two years to see how my career evolved. And since I was starting to play a little better at that time, I continued".

The former French No. 1, finalist at Wimbledon and the US Open, will allow the young player to gradually gain self-confidence.

"I was a bit in the dark. My mother (journalist, editor's note) tried to get coaches' numbers and she came across Nathalie's. We called her, she answered us and that's all It was huge! She told us to come and see her at her place, in the South-West. We took the car the same evening, we drove seven hours, and we started: we did ten days of driving. training was amazing," says Harmony Tan.

"You always have to persuade her. Last year, in Saint-Malo, I yelled at her (sic) after a hard-won first round: 'Tomorrow, you're playing the 85th in the world and we're not going to wait five years that you convince yourself that you can beat a top 100 '. The next day, she beat her, "says his coach in the team.

In January 2022, the player of Cambodian and Vietnamese origins, born in Paris, was the only Frenchwoman, with Alizé Cornet, to see the second round of the Australian Open.

The cruel scenario of her match put her in the spotlight: she left Melbourne's Margaret Court Arena in a wheelchair due to excruciating calf pain which caused her to retire before the end of the third set against Elina Svitolina.

An injury from which she will come back stronger.

After the WTA 250 tournament in Guadalajara and a failure in the second round, she entered the top 100 for the first time.

After her victory in the third round of Wimbledon, Harmony Tan paid tribute to Nathalie Tauziat.

However, since November 2021, she has a second co-trainer: Sam Sumyk, who has notably trained Victoria Azarenka and Garbine Muguruza.

What pull up the young player.

Harmony Tan also never misses an opportunity to thank his family for supporting him.

Her mother likes to say that she knew her daughter was a tennis fanatic the day when, victim of a fall from the second floor at the age of 8, her first question was "Mom, do you think that I could still play tennis?"

"My mother sold a house and apartments to finance me for the first years. My father works and also helped me. Like my brother: when he started working, he gave me a third of his salary each time. There was no problem for him, he wanted to help me in my project, he really believed in it deeply”, explained Harmony Tan to RMC Sport in particular.

Her performances at Wimbledon should shelter her in this regard.