On June 4, Pablo Laso directed his last game as coach of Real Madrid. That Saturday, the second duel of the semifinal against Baskonia, the player from Vitoria came... 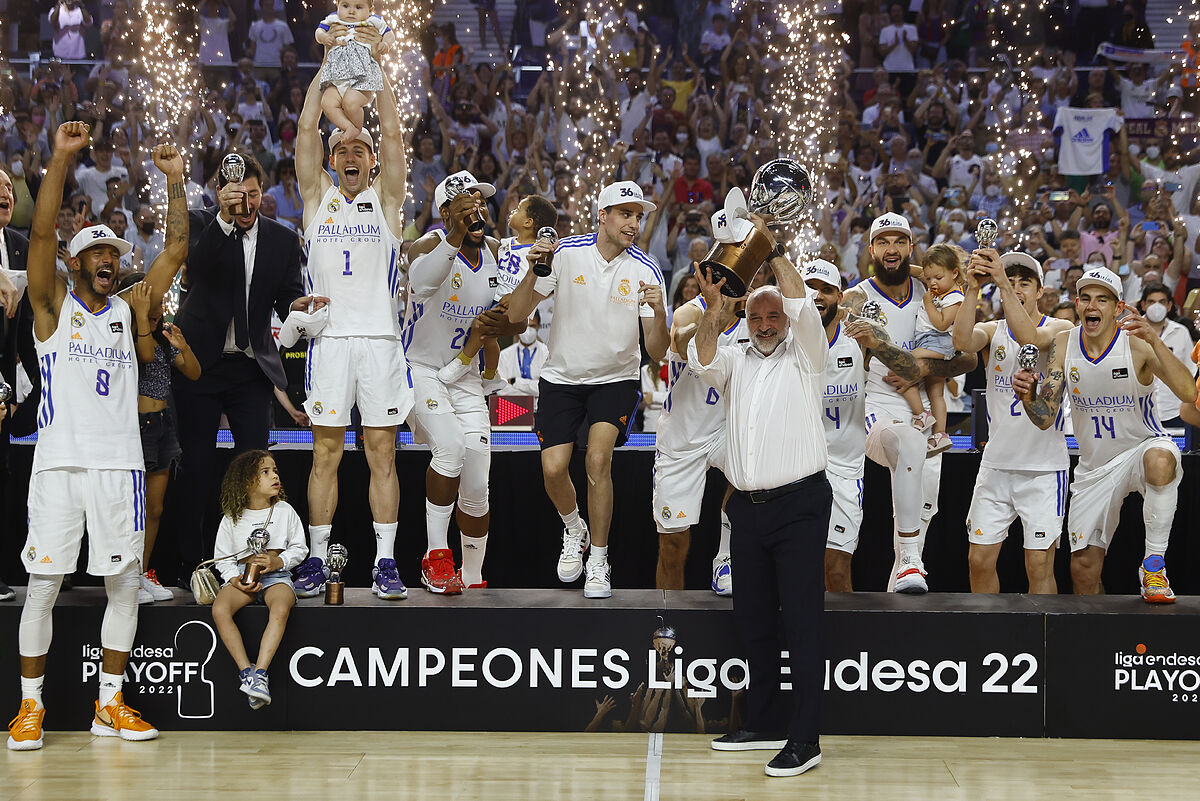 On June 4, Pablo Laso directed his last game as coach of Real Madrid.

That Saturday, the second duel of the semifinal against Baskonia, the Vitorian went to the hospital at dawn on his own feet due to an indisposition that turned out to be a "myocardial infarction", according to the club itself.

From that same hasty medical report, a tug of war began that, 10 days after the celebrations for winning the ACB League, has led to a hasty goodbye from the coach.

Due to that heart attack, it has led to a schism, unearthing the obvious discrepancies between the management and the coach, and, finally, has precipitated the goodbye of the coach with whom Real Madrid marked an era in continental basketball.

According to MARCA, the club has already informed Laso that he will not continue next season.

Real Madrid had made the firm intention that Laso would never sit on the bench again, where he won 22 titles over 11 seasons.

He hid behind the coach's state of health, to whom he had offered to stay in the background for the next season (he has a contract until June 2023), and in the pressure game he did not hesitate to leak confidential medical data that would advise against returning to Victorian bench.

Chus Mateo, along with the usual coaching staff, will be in charge of taking over from the man who has been an assistant since 2014, as he did during the successful final against Barça.

Laso did not share this decision and his intention was to return to his job.

Because the coach always downplayed his cardiac incident.

"As the doctor told me yesterday, I am better than five days ago," he wrote on his social networks upon being discharged from La Moraleja University Hospital, from which he left two days later driving his own car.

He did not take long to direct the training during the final and in the two WiZink matches he was present in the stands and later in all the celebrations.

Precisely that presence in training in Valdebebas led to the dismissal of Miguel Ángel López, the team's doctor, according to MARCA.

Because he refused to sign Laso's sick leave, committing, according to the club, negligence.