“I became calmer and more confident”: what they said after Nepomniachtchi’s early victory at the Candidates Tournament in Madrid

Ian Nepomniachtchi played a draw with Richard Rapport with white pieces and won the Candidates Tournament ahead of schedule. This victory was the second in a row for the 31-year-old Russian, which no other chess player has ever achieved before. One of the first to congratulate him was World Champion Magnus Carlsen. However, the Norwegian avoided the question of the upcoming rematch. The triumph of the grandmaster and his colleagues was highly appreciated. Alexander Grischuk noted that the chess player defeated his competitors with a big advantage, and according to Alexander Zlochevsky, the athlete competently took advantage of the opponents' mistakes. 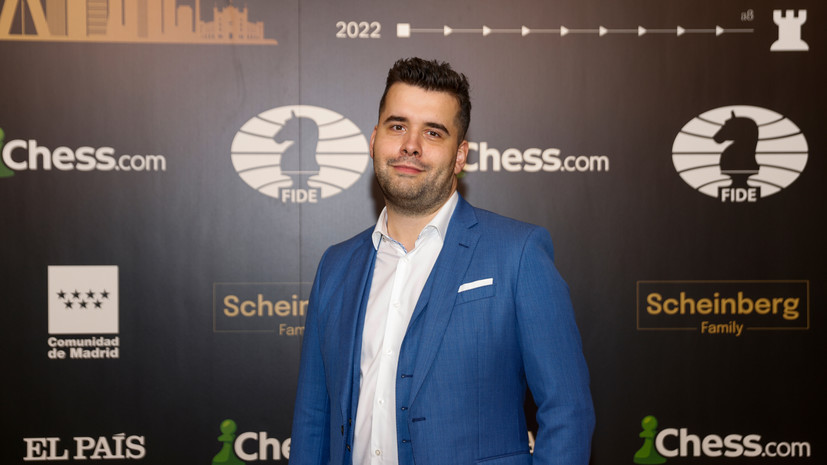 Ian Nepomniachtchi won the Candidates Tournament ahead of schedule.

In the penultimate, 13th round, the Russian easily tied with Richard Rapport, after which he scored nine points.

The closest pursuer of the grandmaster, American Hikaru Nakamura, will be able to score a maximum of 8.5 points.

At the same time, in the final round in the confrontation with Jan-Krzysztof Duda, Nepomniachtchi is able to break Fabiano Caruana's record for points scored in the history of the competition.

He can also repeat the achievement of Vishy Anand, who in 2013 in Khanty-Mansiysk did not lose a single game at the Candidates Tournament.

Interestingly, the world champion Magnus Carlsen was also present at the last match of the Russian.

He was one of the first to congratulate Nepomniachtchi on his victory and admitted that he was surprised by such a result of the competition.

“Yang was greatly underestimated by experts and bookmakers, and I thought that Ding Liren and Fabiano Caruana had more chances to win.

Respect to Nepomniachtchi, he did a great job!”

FIDE President Arkady Dvorkovich noted the unusual situation, since the same grandmaster won two Candidates Tournaments in a row for the first time.

“A rather unique case when the same chess player wins two Candidates Tournaments in a row.

Of course, this is a great success for Nepomniachtchi.

Yang will fight for the title of world champion.

I think for Russian fans this is a great reason to rejoice, ”the Championship quotes Dvorkovich as saying.

“This means that in a year he will play in a match for the chess championship with Magnus Carlsen.

This is an absolutely magnificent victory.

We will see how the situation in the chess world develops further, ”RIA Novosti quoted Peskov as saying.

At the same time, many did not believe that Nepomniachtchi would be able to recover from a painful defeat from the Norwegian last year.

However, the Russian not only coped with psychological problems, but also significantly improved his game.

According to grandmaster Alexander Grischuk, he won the tournament with a clear advantage, leaving no chance for his opponents.

“He improved after the match for the chess crown with Carlsen.

All other participants had mistakes during the tournament, they were out of shape.

But that's their problem, not Jan's.

If Karjakin had not been disqualified, it would have been difficult for him to cope with Nepomniachtchi.

Although anything is possible.

Sergey performed well at the Candidates Tournaments earlier, ”Grischuk said in an interview with RT.

Honored coach of Russia Alexander Zlochevsky noted that Nepomniachtchi practically did not make mistakes at the tournament and successfully used the shortcomings of his competitors.

“I must say, there were worthy opponents at the Candidates Tournament.

All the strongest, except for Sergey Karyakin, who was not allowed.

They fought, wanted to show all their best qualities.

But Yang was brilliantly prepared.

Was in excellent shape.

Almost everything that was given to him, he picked up.

I mean I used the mistakes that my opponents made.

He himself did not allow them.

With the strongest Nepomniachtchi played a draw - with Caruana and Nakamura, and defeated the weaker and inexperienced.

The same Ferugi, ”said the specialist.

According to Zlochevsky, in the next match against Carlsen, he should perform more successfully, as he has gained the necessary competitive experience.

“I think it's a well-deserved success.

Everyone is very happy.

Someone did not believe that after such a defeat from Carlsen, he would be able to quickly recover.

But Jan proved to everyone that it was not by chance that he went to the world champion last time.

I hope that in the next match with the Norwegian, he will show himself differently.

Already taking into account the experience that has accumulated in the applicants' tournaments and in the first match against Magnus, ”added the interlocutor of RT.

However, whether there will be a rematch is still a big question.

Earlier, Carlsen stated that he would once again agree to defend the world title only if Alireza Feruja wins the Candidates Tournament.

But after the victory of Nepomniachtchi, the Norwegian no longer spoke out so categorically.

According to Grischuk, it's not worth talking about the match for the world chess crown yet.

First, we need to wait for Carlsen's decision, because in case of refusal, Nepomniachtchi's opponent will be the grandmaster who took second place in the Candidates Tournament.

“It is clear that Magnus does not want to play a world title match.

Whether he refuses or not, this is fortune-telling on the coffee grounds.

Jan is in good shape, but it makes sense to talk about his chances against the Norwegian only if the Norwegian agrees to meet him, ”the specialist said.

Well, Nepomniachtchi himself is not even going to celebrate the victory yet.

According to him, first you need to complete the performance at the tournament.

“I am incredibly happy and incredibly grateful to everyone who helped me.

I am also incredibly tired, this is a very long tournament, and it is not over yet - tomorrow is the last game.

I partially feel relief, the main task is completed, but I don’t want to start celebrating ahead of time,” the grandmaster noted.