Essential photo-finish in the Tour de France: the Dutchman Dylan Groenewegen narrowly outstripped the Belgian yellow jersey Wout van Aert, second for the third time in a row, at the finish… 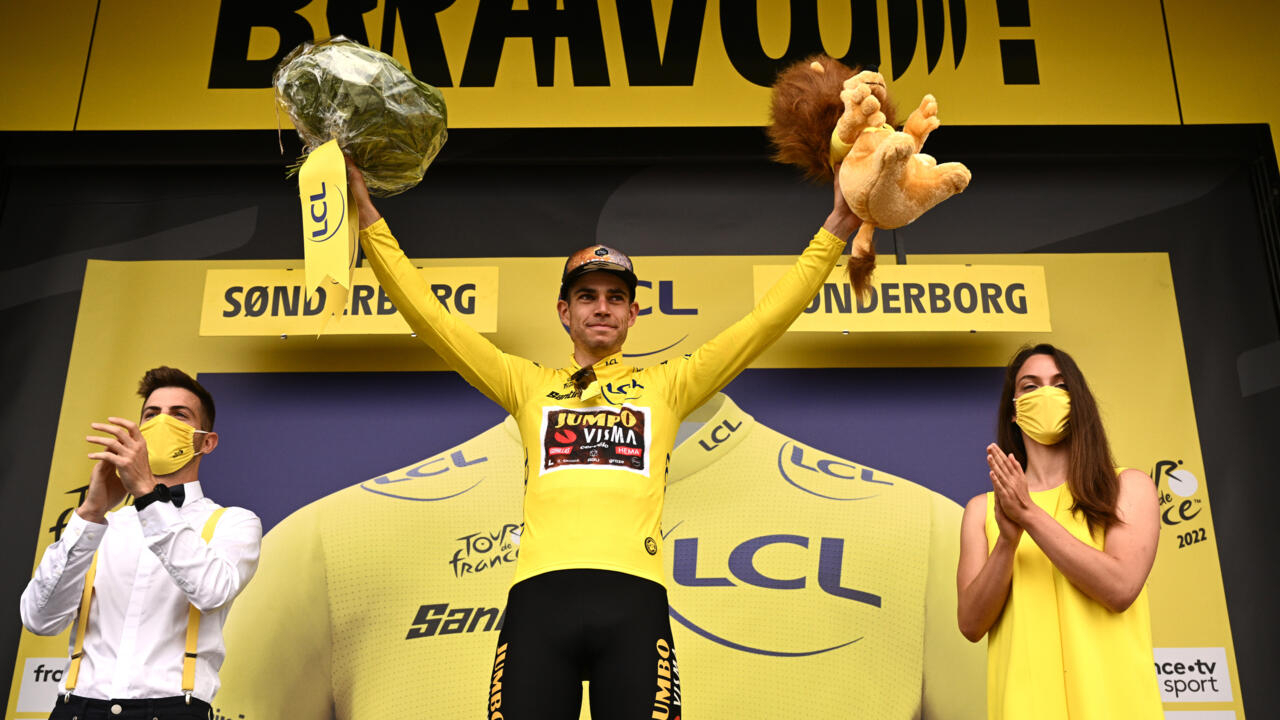 In two days, the two massive sprints disputed in Denmark crowned the two great Dutch protagonists of the dramatic sprint of the Tour of Poland in August 2020. After the victim, Fabio Jakobsen, winner on Saturday in Nyborg, it is Dylan Groenewegen, at the origin of the fall of his compatriot, who won.

At 29, the Dutchman, absent from the last two editions of the Tour, has returned to success.

He won his fifth stage of the Tour, his sixth victory of the season since leaving the Jumbo team last winter to join the Australian BikeExchange.

Van Aert, however, came close to winning on the road to Sönderborg, a port near the border with Germany.

"It must be a record to finish second in the Tour de France three times," said van Aert, who pleaded guilty.

"I'm disappointed because I think I can win if I stay a little longer in the wheel of Christophe (Laporte). It's my fault for not having trusted him more", added the Belgian, who savored his first day in yellow along this 182 kilometer stage.

For this last stage in Denmark before the transfer to France, the race turned into a long parade between two tight rows of spectators who celebrated Magnus Cort Nielsen, wearer of the best climber's polka dot jersey, then the peloton.

The Danish rider, who had already escaped the day before, isolated himself from the first kilometer to open the road with a lead that peaked at six minutes.

He offered himself an unforgettable ride of some 130 kilometers, for this unprecedented incursion of the Tour into his country, in front of a peloton led by the main teams of sprinters (Quick-Step, Lotto, BikeExchange, Alpecin).

In the exercise, Jakobsen's team prepared the ground without the Dutchman, locked up, being able to conclude (fifth).

"He may not have taken the same risks as the others," analyzed his teammate and French champion Florian Sénéchal.

"We did a great job but it can't work every time."

Victorious in the first two stages, the Quick-Step team could not continue the series in this very tight sprint between the first four.

The Belgian Jasper Philipsen finished almost on the same line (third), ahead of the Slovak Peter Sagan (fourth), initially unhappy before reviewing the TV images and admitting the regularity of the sprint, especially from van Aert.

After the race, the runners took the direction of Sönderborg airport to reach the north of France by plane.

"For the riders, who are pampered, it's not a problem," said Marc Madiot, the boss of the Groupama-FDJ team.

"They take a shower on the bus and are at the hotel in the evening to have a full day off on Monday."

"On the other hand, it's something else for the management who will return over two days," said Madiot about the transfer of some 900 kilometers.

"You have to be careful to respect the safety standards and the rules: in France, you are an employee while abroad, they are often self-employed and it is not the same for the legal consequences."

The race will resume on Tuesday for the fourth stage in the Monts du Boulonnais, between Dunkirk and Calais.