The Tour de France ends its third and last Danish stage this Sunday July 3: 182 km to be covered between Vejle and Sonderborg. The kingdom is a true cycling country, where popular fervor is… 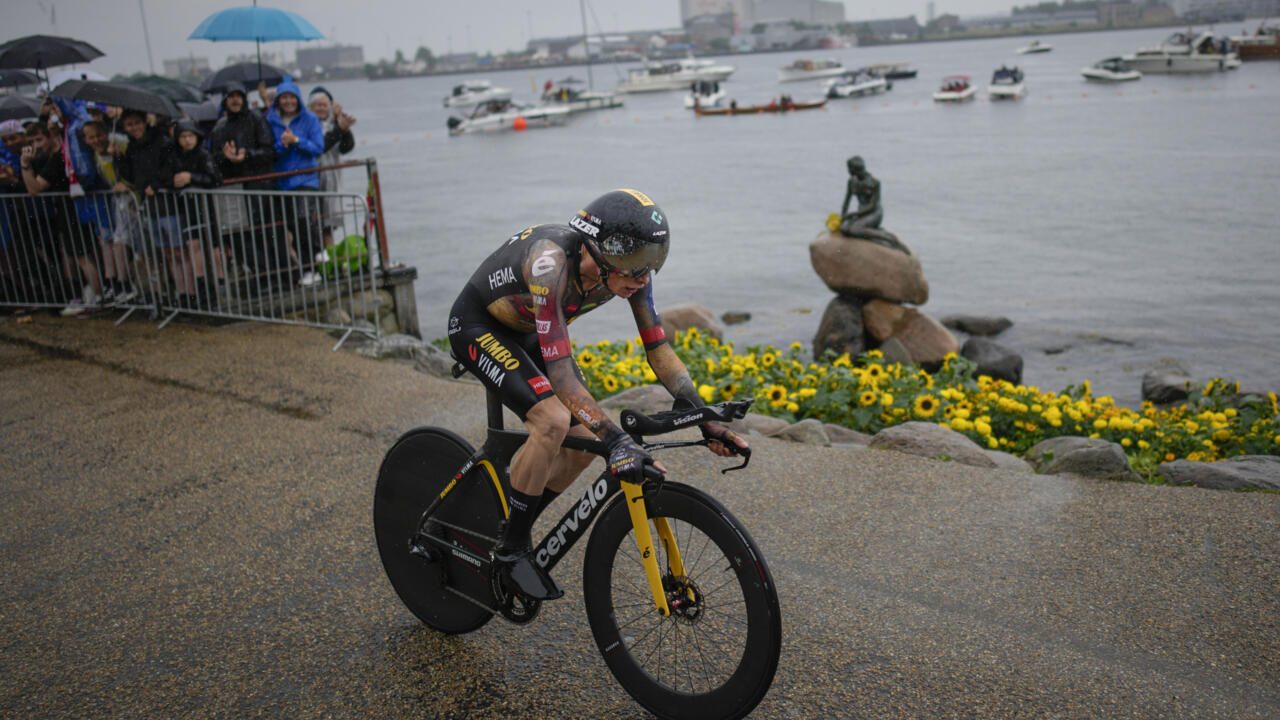 Jonas Vingegaard walks past the famous sculpture of the Little Mermaid, in Copenhagen, during the first stage of the Tour de France, July 1, 2022. AP - Daniel Cole

The Tour de France ends its third and last Danish stage this Sunday July 3: 182 km to be covered between Vejle and Sonderborg.

The kingdom is a true cycling country, where the popular fervor is incredible.

Among the ten Danes entered in the event, it is Jonas Vingegaard, rider of the Jumbo-Visma, who explodes the applause meter.

From our special envoy to Denmark,

Wednesday, in the gardens of Tivoli, centenary amusement park, the true sensation, it was well him:

Very moved by this wave of love from the Danish public, during the presentation of the teams, he could not find his words once on stage.

Listen to this reception of Jonas Vingegaard in Copenhagen 🥹#letourdk #tdf2022

Dotted swimsuit on the back, this young mother came with her family to admire this new anti-hero.

We are going full throttle for the Danish riders!

My favorite is Jonas Vingegaard.

I like him because he's a great runner and a nice guy.

Just listen to the crowd 👏

Three days later, still the same fervor, but in Nyborg this time.

Far from greater Copenhagen, the peloton arrives for the second stage in this small town of 30,000 inhabitants.

After having performed well in the time trial in the capital during the big start, Jonas Vingegaard finished this time in the peloton.

Followed like his shadow by his supporters, he is cheered in front of his team bus.

Among them, Frédérik, a young fan wrapped in the flag of Denmark, who strongly believes in his favorite champion: “

For the final victory, it's our best chance!

We hope he will be at the top on this Tour.

He is very popular because he seems to have his feet on the ground.

It's a very Danish attitude: he doesn't talk about it by saying "

He stays calm, he knows what he has to do. And that can be great.

► To read also: Tour de France: in Denmark, cycling in the DNA

The rider has already almost touched the sublime last year: second in 2021 for his first Tour.

Second again a few weeks ago in the Critérium du Dauphiné, Jonas Vingegaard has become a customer.

However, he remains a Dane like the others, believes journalist Pierre Carrey: "

He is a runner who represents the average Dane, the one you can meet in the street on a city bike

He worked for a long time in a fish cannery.

Inevitably, it will benefit less from the surprise effect this year, but it is carried by its public.

He is a cyclist who is not in the media at all, who does not appear in the slightest advertisement.

Discretion is key, and in that respect Vingegaard is pretty much in line with what Danish audiences expect.

The 25-year-old is expected at the turn and enjoys incredible popular support on the roads of the kingdom.

Frederik, he stamps his feet hoping to see him.

It must be said that the Danish public does not often have the opportunity to approach its icons.

We don't get to see them often.

We don't have a big race in Denmark,

Thanks to the Tour, Danish riders can realize how much they are loved.

They are big names here.

It's unique for them to experience such a thing!

I really hope that Vingegaard will win, he was in good shape in the Dauphiné, so we are really waiting for him.

Last walkabout for Vingegaard this Sunday during the third and last Danish stage.

Serious things will then begin in France for this normal and brilliant Dane.