The national team player and Al-Wasl club Ali Saleh approached joining one of the Greek league clubs during the current summer transfer period, as the “Emperor” administration did not mind the international striker having the opportunity to experience professionalism in Europe. 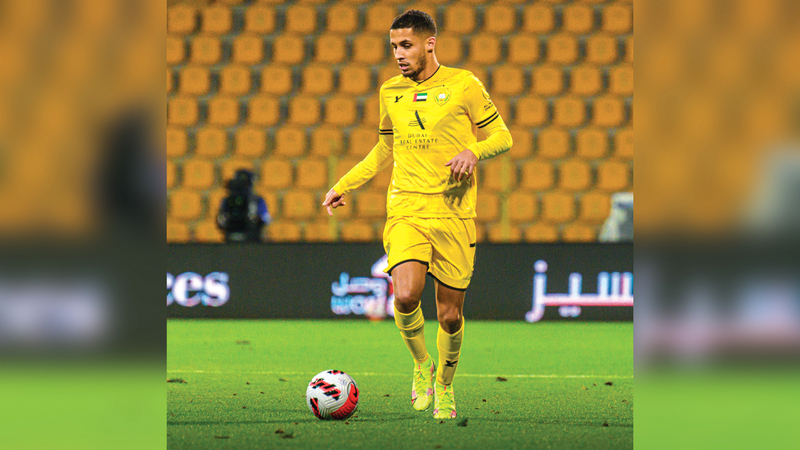 The national team player and Al-Wasl club Ali Saleh approached joining one of the Greek league clubs during the current summer transfer period, as the "Emperor" administration did not mind the international striker having the opportunity to experience professionalism in Europe.

A source in Al-Wasl Club confirmed to "Emirates Today" that the management of "The Panthers" will not stand in the way of Ali Saleh if he expresses his desire to become professional, pointing out that despite the "Emperor"'s need for all good players within the framework of forming a strong team in the next season, indicating The club will support Ali Saleh in his next step, which will contribute to developing his level and serving the Emirates football and the national team.

Ali Saleh published a tweet on his personal account on the social networking site "Twitter", during which he indicated that there are developments about his future and the possibility of completing his transfer to the Greek League, and said: "The journey that you are afraid to take may be the most successful journey of your life .. Trust yourself and trust in God." A large number of Al Wasl club and the national team interacted with the tweet, wishing Saleh success and stressing that his professionalism would be an opportunity to open the door for the professionalization of many Emirati players in the coming period.

Ali Saleh is one of the most prominent players in the ranks of Al-Wasl club in the past four seasons, while last season was his best season with the “Emperor” with his participation in 23 league matches and scored nine goals, which is his highest goal rate with “Al-Asfar” since his promotion to the first team for the first time in 2015-2016 season at the age of 16 under the leadership of Argentine coach Gabriel Calderon.

On the other hand, Brazilian player Rodrigo Almeida arrived in Dubai in preparation for joining Al Wasl and registering him in the category of residents. Almeida posted a picture on his personal account on the social networking site “Instagram” during his arrival in Dubai and his stay in a hotel in Dubai.

And the Brazilian club America announced on its official account on “Instagram” that Al-Wasl expressed its interest in contracting with right-back Rodrigo Almeida to contract with him during the current transfer period, noting that the 19-year-old Brazilian player traveled to Dubai to complete the medical examination procedures and sign the contract.

On the other hand, goalkeeper Suhail Abdullah Al-Mutawa announced his return to Al-Wasl team after the end of his loan to Emirates Club last season, after the "Falcons" were relegated to the First Division, with the team finishing 14th in the ADNOC Pro League standings.

And the Olympic goalkeeper posted on his personal account on the social networking site “Instagram” a picture while arriving at Al-Wasl Club, commenting: “This is the time to come back again, it is my home.”

Suhail Al-Mutawa, who joined the Falcons list at the beginning of the season from Al-Wasl on loan, was not known to appear in the league in previous seasons, in which he was satisfied with appearing only one match with the Emperor in the 2018-2019 season, but he managed to grab his main position with “The Falcons.” » Maintaining his position from his first appearance in the current season in the Al-Orouba match in the 11th round, after which he starred against Sharjah and Ajman in the 12th and 13th rounds, and continued his basic career until the end of the season by participating in 13 matches in the ADNOC Professional League.

Despite the negative results achieved by the "Falcons" in most of the matches in which Suhail Al-Mutawa participated, but he maintained his brilliance and did not leave his main position, to get the opportunity to return to play in the ranks of Al-Wasl after the end of his loan.