In Tokyo, French fencers distinguished themselves with two Olympic titles in epee and foil. Two years away from Paris 2024, Hugues Obry, epee coach with the men, tells us about this… 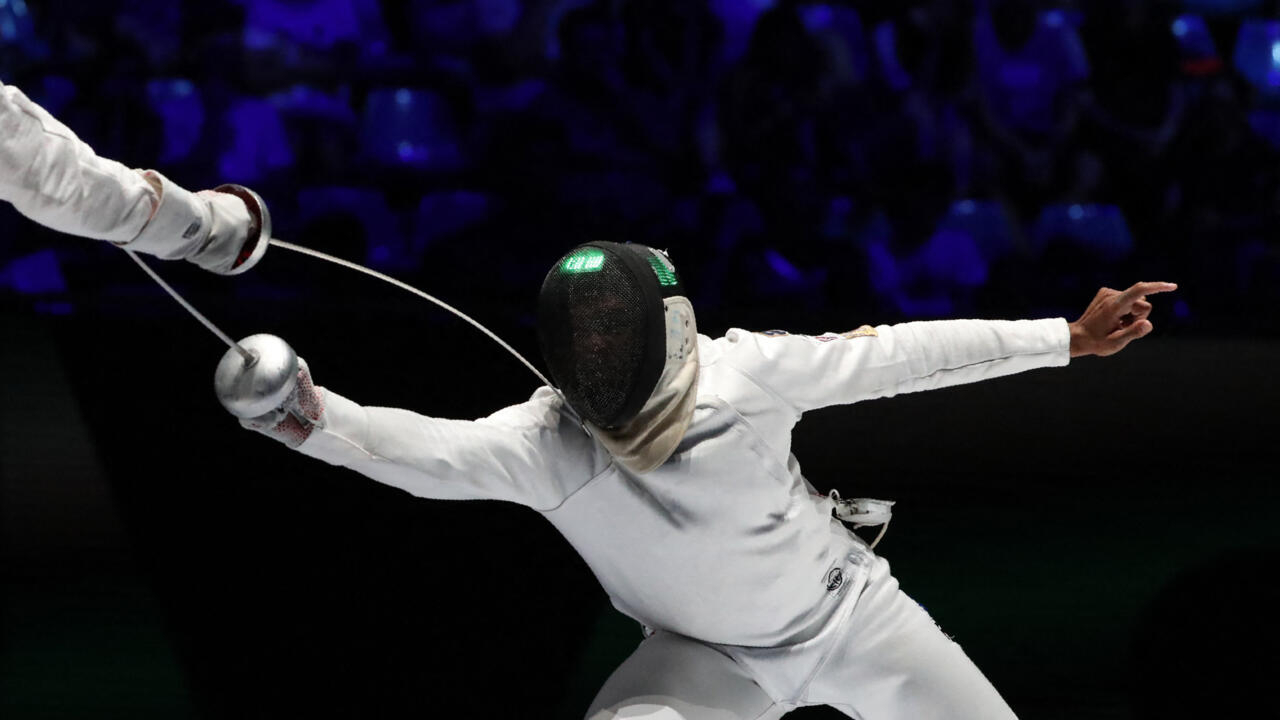 Frenchman Daniel Jerent at the 2019 Worlds in Budapest, Hungary.

In Tokyo, French fencers distinguished themselves with two Olympic titles in epee and foil.

Two years from Paris 2024, Hugues Obry, epee coach with the men, tells us about this passage to the Mediterranean Games and French ambitions to shine at home.

After five years in China, Hugues Obry, team gold medalist at the Athens Olympics in 2004, has returned to France.

As a coach, he had already led the Habs until

Four years after the zero point of London 2012, the French shooters had raised the bar in Brazil with three medals, including a gold in the team epee.

I learned a lot in China, with a culture of winning where only the gold medal counts.

I feel better today and doing the Olympics in France was a dream.

Fencing remains the discipline that has brought the most medals to France in all of the modern Olympic Games (123).

The Mediterranean Games are interesting, because it allows our second knives to participate in the Paris 2024 project. I want to see their behavior when there are medals to be won.

With the World Championships coming up

who points in particular to the good health of Egyptian fencing. for the African continent (see box). “

It's a very young team that is growing.

Those who are in Oran will also be at the world championships.

They are making results beyond the African continent.

Watch out for them and also for the Turkish athletes

Retain the loyalty of the French public between two Olympiads

It's a bit difficult to explain, but fencing is a sport that interests the French a lot at the time of the Olympics.

But it's hard to retain people to make them watch anything other than the Olympics.

We don't fight for notoriety, but if people look at us, it's even better

We must use the Games to have more practitioners, but also find other forms of communication to bring them between two Olympiads

gold medalist in Rio under the leadership of Hugues Obry.

Victim of a road accident in April 2020 with a double fracture of the femur, the Guadeloupean is delighted to find himself in the atmosphere of the Mediterranean Games after difficult months.

It reminds me a bit of Rio 2016 with the Olympic Village.

I'm already starting to think about Paris and I don't want to miss the event.

When you have tasted victory, all the excitement there is around the Olympics, you obviously want to start over.

We are capable of winning at home

The phenomenon is back, with its rigor and group spirit.

It helps us to surpass ourselves.

At the time of the Games, we are a respected sport and we must take advantage of it

Egypt will host the World Championships July 15-20 in Cairo.

Born in Algeria to an Egyptian father and an Algerian mother, Alaaeldin Mohamed El Sayed Abouelkassem, who practices foil in the Egyptian national team, won Egypt's first Olympic medal in fencing at the London Olympics in 2012 (silver).

He points to his country's progress in fencing.

In Tokyo we experienced four quarter-finals.

We have a good federation which has a vision for Paris 2024 and Los Angeles 2028. We have a lot of young people.

We lack the experience.

We need to participate in as many competitions as possible.

I dream of an Olympic team medal.

It would be a first for Africa