Glory at last for Carlos Sainz, who wins his first race at Silverstone

This Sunday at Silverstone, with 142,000 people in the stands, Carlos Sainz well deserves the glory. This British GP, a carousel of emotions and tricks,... 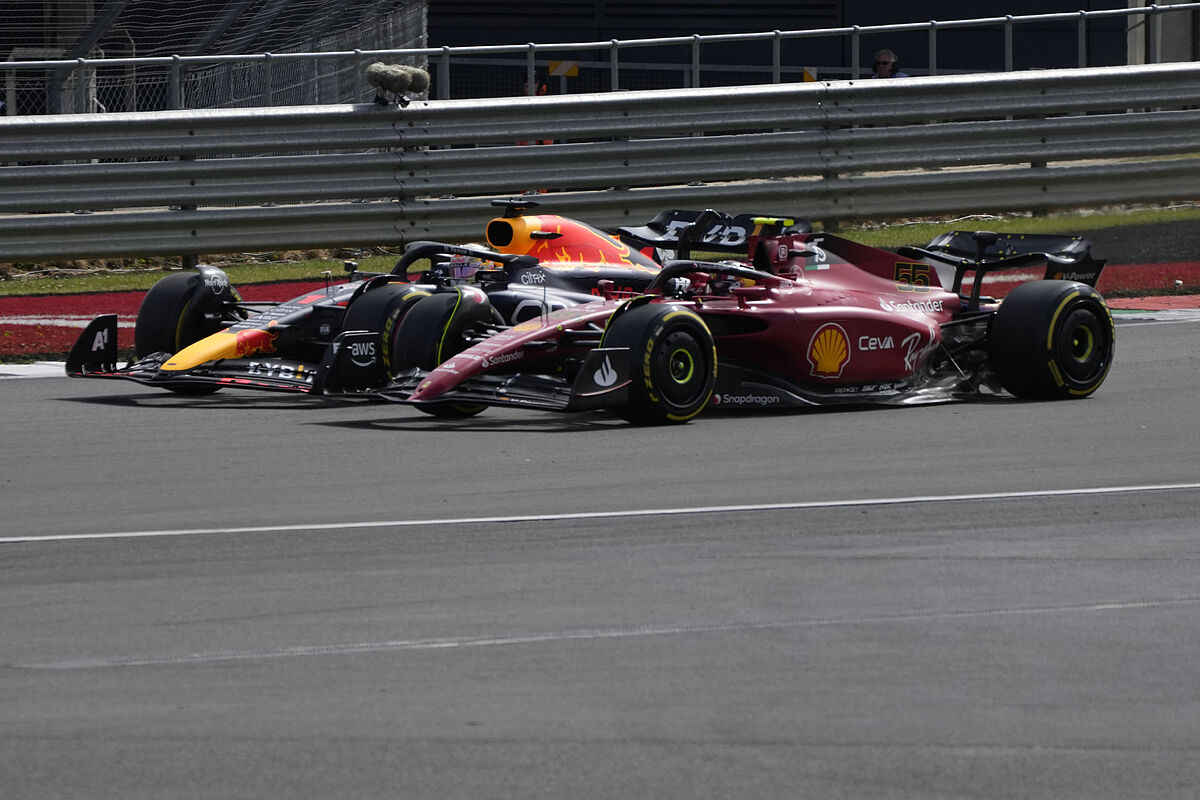 This Sunday at Silverstone, with 142,000 people in the stands, Carlos Sainz

is well deserving of glory

This British GP, a merry-go-round of emotions and tricks, now belongs exclusively to the Ferrari driver.

It was his first victory in F1.

And the first in almost a decade for Spanish motorsports.

And the champagne on the podium, in the company of

, will never forget it.

He needed that bit of luck, thanks to a

You always have to count on that little push of fortune, but the rest was put by Carlos, with a firm hand against

There were nine laps to go until the checkered flag and he was running on younger, soft tyres.

It was the decisive moment and there she prevailed over his partner out of sheer courage.

, fifth at the finish line, also broke Kimi Raikkonen's record and is already the driver with the most laps in the entire history of F1.

He was still able to get a little more out of the two-time champion in that shot against Leclerc, Hamilton and Pérez.

However, the power of Alpine is still light years behind the favourites.

It was taken for granted that, on a strategic level, Red Bull would play at a changed pace with the Ferraris.

But Verstappen's initial choice of soft tires caught even Pirelli's engineers off guard.

The champion went on the attack against Sainz, who had much worse traction, losing the lead before the first corner.

If nothing else, the red flag stemming from Gunayu Zhou's hair-raising capsize gave Sainz a second chance, who had almost an hour to catch his breath and collect his spirits.

The race director had restored the starting positions, so he had to defend the lead again.

As much as Verstappen rode the medium compound, his aggressiveness was still intact.

Sainz knew how to push him into a corner, resisting like a brave man for three corners, while Leclerc fought against Sergio Pérez, putting his front wing into play.

Few would have imagined at that moment the whirlwind that would fly over the Ferrari garage.

An internal struggle that did not leave Leclerc in a good place.

Everything was triggered after an error by Sainz on the tenth lap.

At the exit of Chapel, the last of the linked ones, the Spaniard cleared the way for Verstappen, who three laps later had to go through the garage to repair a puncture.

Being serious, he ended up twisting hopelessly for the Dutchman, the victim of a breakdown that made him fall to eighth position, in the wake of Alonso.

Ahead, Leclerc hopelessly stalked Sainz, with one eye in the rearview mirror, where Hamilton emerged.

The Monegasque was a nervous wreck, uncontrolled in his messages.

"What do I need to do? I'm fucking up the race," he yelled at his track engineer, referring to the stopper he found in his path.

They began to demand a minimum rhythm from Carlos.

In case of not fulfilling it, everything would get even more muddy, so on lap 20, they called him to change his shoes.

A hard tire with many question marks, given that Ferrari was unable to test it in Friday practice.

Without the help of the DRS, Leclerc's times didn't seem like such a big deal anymore.

He was still with the fly behind his ear with Hamilton, turned on by his faithful fans.

When the Monegasque pressed firmly, on his way back from the garage, on lap 25, he already looked like a winner.

Especially after getting rid of Sainz with a simple maneuver on lap 30. He had a cushion of four seconds, despite dragging damage to his front wing.

Then Ocon's breakdown changed everything.