"Even better than we expected": Potkin - about the bright game of Nepomniachtchi, the Candidates Tournament and Carlsen's statements

Ian Nepomniachtchi demonstrates not only a brilliant game at the Candidates Tournament, but also outstanding results that even exceed preliminary expectations. This was stated in an interview with RT by chess coach Vladimir Potkin. According to the specialist, the success of the ward is due not to luck and coincidence of circumstances, but to hard work on oneself. He also explained why the opponents of the Russian grandmaster in Madrid looked so indistinct and how he was influenced by the resonant statements of the world champion Magnus Carlsen. 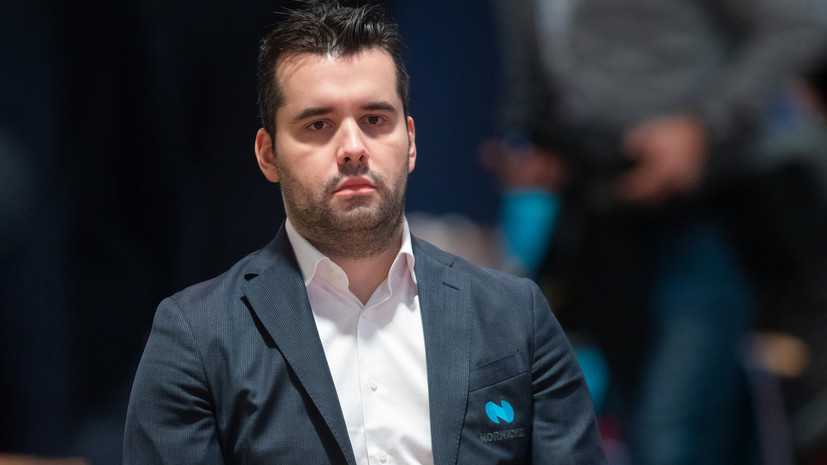 - I think you and Jan can already be congratulated on your success.

He only had to take literally half a step - to get one draw in two games - to officially become a contender for the title of world champion.

Are you proud of your ward?

- Let's still wait for the final results, because anything can happen in sports.

But I want to believe that the desired result will be achieved.

As for Jan's performance in this tournament, I am certainly pleased with him.

Unlike other participants who suffered several defeats, he went the distance without misfires, and, most importantly, not only won in those moments when he had the opportunity to do so, but also kept a difficult defense.

For example, he played both games with Fabiano Caruana in defense and did not allow the American to win.

It is very important to be able not only to attack, but also to defend when necessary.

Jan showed great restraint, kept his composure throughout the distance, and this is perhaps the most important quality that allows him to win the Candidates Tournament.

- You can say that he played exemplary?

- I think five wins and no losses to date is an excellent result.

So the current result has already exceeded our expectations - he played better than we expected.

Yang demonstrates a very bright game at this tournament.

I would especially like to mention the opening match in which he played with Ding Liren.

Many called the Chinese chess player one of the favorites of the tournament, but Nepomniachtchi managed to impose a difficult fight on him with black and carried out an excellent attack on the king.

Last year, after winning the Candidates Tournament in Yekaterinburg, he did a great job and grew as a chess player, climbed one more step.

And today's results are not without reason.

It cannot be said that Jan was lucky somewhere.

No, he deserved this result with his tireless work on and off the board.

Is this really the case or did they just give up, realizing that they couldn’t catch up with the leader?

— There are many young chess players here who simply could not stand the tension, pressure and, perhaps, even the responsibility that was placed on them.

I think that Alireza Firouja's game could not but be affected by the fact that world champion Magnus Carlsen predicted for him the role of the main favorite.

And then Jan set a very high pace, won a lot, and those chess players who tried to chase him, including Fabiano Caruana, spent a lot of energy.

They played with increased tension and, as a result, suffered defeats.

And since the tournament is very strong and any participant can beat another, it turned out to be such a lag that we see at the moment.

— Was your student hurt or perhaps motivated by those words of Carlsen about Firuja?

- He is one of those chess players who do not need additional motivation, the main thing for him is the struggle for first place in the Candidates Tournament.

But it is quite possible that the world champion only spurred Jan on the fight again, since he has beaten Alireza three times already in the past two months: twice here in Madrid, and once again at the super tournament in Bucharest.

- Many experts, including Anatoly Karpov, said that the main thing for Nepomniachtchi was to restore psychological balance after a painful defeat in the championship match against Carlsen.

Did it really upset him that much?

— I can say that that match, of course, did not turn out the way we wanted, and did not reflect all the work done, the class and strength of our chess player.

The sixth game became a turning point, after which we observed a completely different picture.

If before it the forces were approximately equal, maybe even with Jan's small game initiative, then starting from the seventh game, he no longer succeeded in anything.

Whether he was thrown off the track is evidenced by the fact that immediately after the meeting with Carlsen, he flew to the World Rapid and Blitz Championship and played very well there.

Was literally a few steps away from victory and took second place.

This result showed that he is rightfully one of the best chess players in the world, because after such a difficult match for the crown he retained enough strength for a high result.

And, as we see now, the work done has nevertheless borne fruit.

Yang is now implementing what he has worked out, and this gives him confidence and psychological peace.

- Your ward has practically secured a rematch, but Carlsen may refuse to defend the title.

Do you think he is serious about this?

- The world champion has the right to such loud statements.

At that moment, when he said that he agreed to enter the match only with Firuja, this young and talented chess player really showed a very bright game.

You can understand what attracted Magnus.

But now the situation is completely different, in Madrid Alireza not only failed to compete for first place, but ended up at the bottom of the standings.

But we need to wait what the Norwegian says.

I think he will announce his decision in the coming days.

And I hope that he will not give up his sports principles and show that the main thing for him is to meet the most worthy opponent that exists at the moment.

With those who passed the official selection sieve.

- Is it important for your team to play against the Norwegian?

He is a leading chess player, world champion, an athlete, which is rare in history.

With him the match will be the most interesting.

But let's wait until the end of the Candidates Tournament first.