Dutchman Fabio Jakobsen won the 2nd stage of the Tour de France in a sprint, this Saturday in Nyborg, after crossing the large bridge that connects two of the islands of Denmark. Second at the finish, Belgian Wout van Aert wore the yellow jersey at the end of this stage slowed down by the headwind on the Great Belt strait. 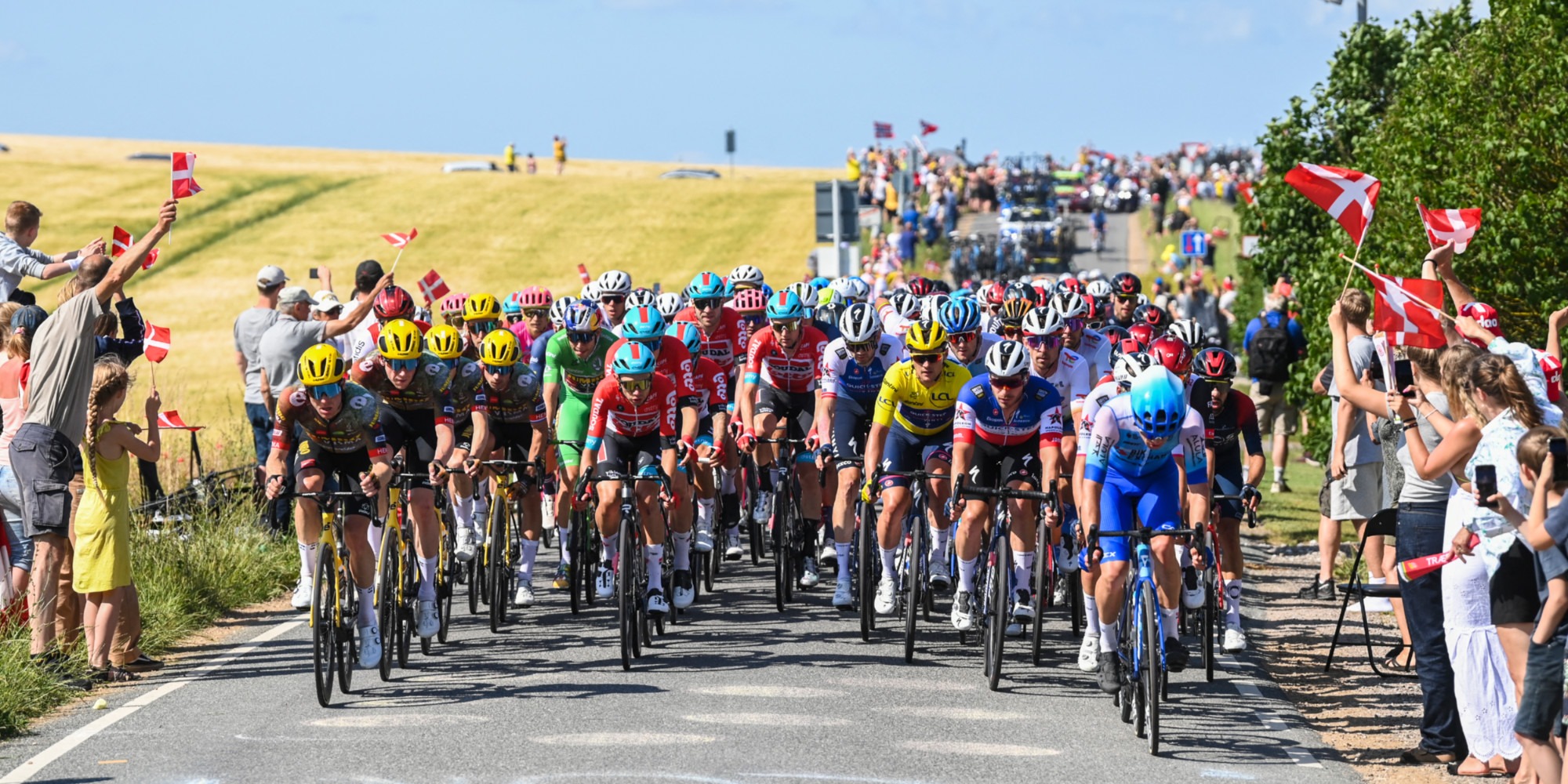 Dutchman Fabio Jakobsen won the 2nd stage of the Tour de France in a sprint, this Saturday in Nyborg, after crossing the large bridge that connects two of the islands of Denmark.

Second at the finish, the Belgian Wout van Aert donned the yellow jersey at the end of this stage slowed down by the headwind on the Great Belt strait.

First massive sprint and victory for Fabio Jakobsen: the Dutchman won the second stage of the Tour de France on Saturday in Nyborg, after crossing the large bridge which connects two of the large islands of Denmark.

The Belgian Wout van Aert, from the Jumbo team, second at the finish, puts on the leader's yellow jersey at the end of this stage slowed down by the headwind on the Great Belt strait, between sky and sea.

"I've come from very, very far," admitted Jakobsen, of the Quick-Step team, who started in the Tour de France at the age of 25.

He won less than two years after his very serious accident in August 2020 at the Tour of Poland and signed the 36th victory of his career, his eleventh of the year.

Behind him, van Aert finished second again, like on Friday in the inaugural time trial in Copenhagen.

The Belgian, one of the Tour's most prominent riders since his first participation in 2019, is wearing yellow for the first time.

He dispossessed the Belgian Yves Lampaert, from the Quick-Step team, of the leader's jersey, delayed by a fall at the start of the last twenty kilometers but then quickly returned to the peloton.

Another collective fall occurred in the last three kilometres, with no chronometric consequences.

The outgoing winner of the Tour, the Slovenian Tadej Pogacar, crossed the line late without a gap being charged according to the regulations.

>> READ ALSO - Tour de France: who are the French to follow during the 2022 edition?

For the stage victory, Jakobsen edged van Aert by one wheel, the day after his teammate Lampaert's victory.

In this 202.2 kilometer stage, the Danish public, who came in large numbers but wisely lined up on both sides of the road, celebrated the passage of the Tour peloton until the approach of the suspenseful final on the Grand Belt linking two of the country's large islands, Seeland and Funen.

Without knowing the series of falls often frequent at the start of the event, the race was summed up in its first half in a procession preceded by a breakaway of four runners, the Dane Magnus Cort Nielsen, who secured the first best climber's polka dot jersey, the Norwegian Sven Erik Byström, as well as the French Cyril Barthe and Pierre Rolland, left behind along the way.

Tomorrow, 182 kilometers between Vejle and Sönderborg

Byström, who remained alone in the lead, was caught before the last thirty kilometers by the increasingly nervous peloton due to the changes of direction.

On the very wide carriageway of the double bridge, entirely occupied by the riders, the pace was slowed by the headwind which deterred the attackers.

But the Colombian Rigoberto Uran, delayed before entering the bridge, was forced into a long chase to get back into the peloton before the last eight kilometers.

On Sunday, the Tour spends its last day in Denmark in the 182 kilometer long third stage between Vejle and Sönderborg, before the evening transfer to France.