Tianjin foreign aid Rosa: I paid attention to the Chinese Super League when I was in Europe and hoped that my family would also come to China

China News Service, Meizhou, July 2 (Reporter Bian Liqun) 37 passes and 3 shots in exchange for a goal... With his outstanding performance, Rosa helped Tianjin Jinmen Tigers beat Meizhou Hakka 1:0 and was also elected The best player in the 6th round of the Chinese Super League.   From the struggles, disappointments, and self-doubt in the first few games, to being confident and becoming the off 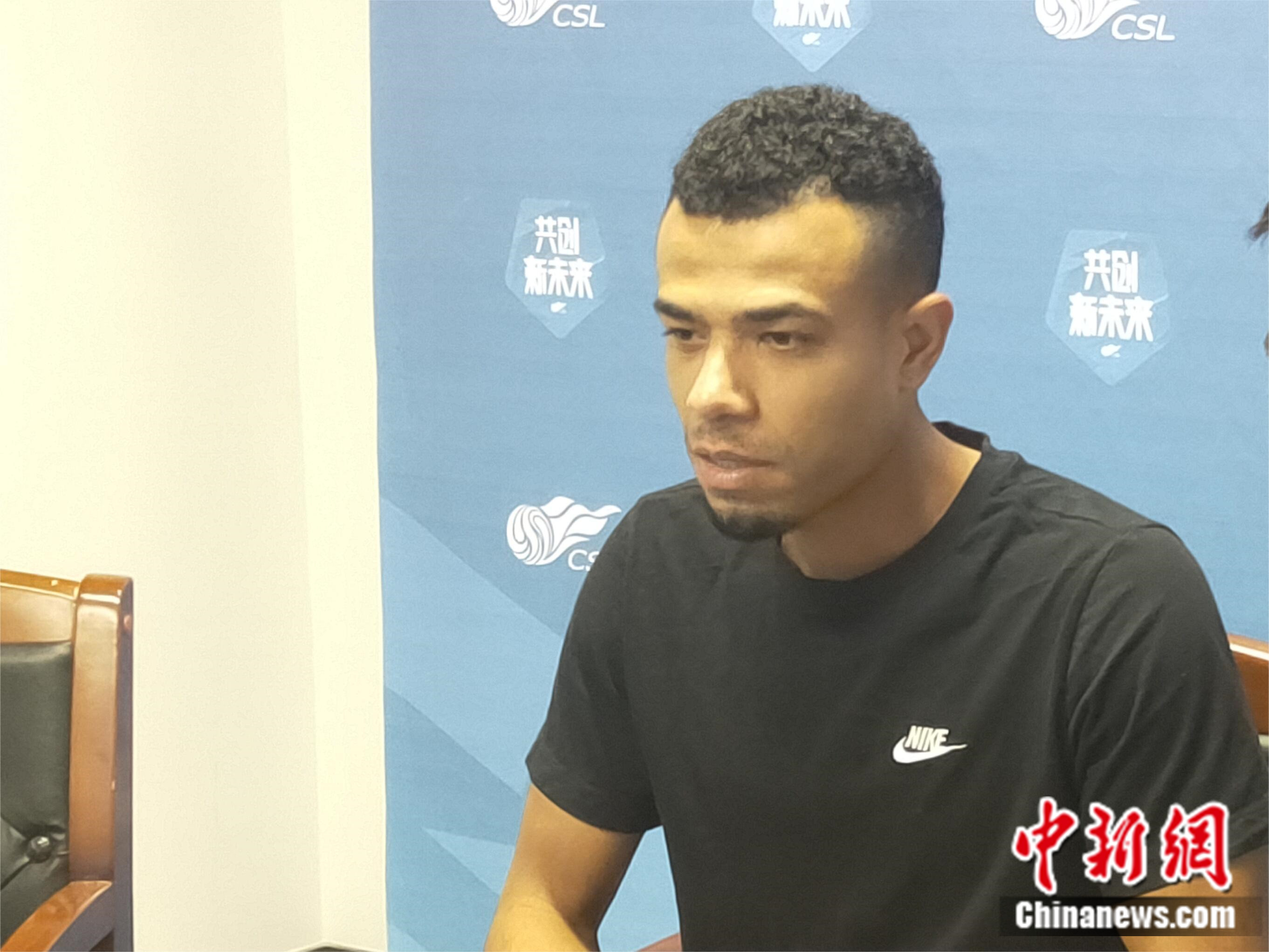 China News Service, Meizhou, July 2 (Reporter Bian Liqun) 37 passes and 3 shots in exchange for a goal... With his outstanding performance, Rosa helped Tianjin Jinmen Tigers beat Meizhou Hakka 1:0 and was also elected The best player in the 6th round of the Chinese Super League.

From the struggles, disappointments, and self-doubt in the first few games, to being confident and becoming the offensive hub of Tianjin Jinmen Tigers, Rosa adapted to the Chinese Super League and showed his strength.

From the words in the interview, it can be seen that Rosa is very happy to come to the Chinese Super League. He admitted frankly that he wants to play for Tianjin Jinmen Tigers for a long time, and hopes that his family can also come to China in the future.

The 28-year-old Rosa has dual nationalities of Brazil and Portugal. He debuted in the Portuguese sports echelon and played for the Euroleague team for most of his career.

Talking about why he came to the Chinese League, Rosa said that he has been paying attention to Asian football and the Chinese Super League when he was in Europe.

Rosa has been in China for 4 months. He said that he is very happy in Tianjin Jinmen Tigers. He likes this club and the city of Tianjin.

Rosa said that he hopes his family can come to China in the future, and he also hopes to play for the Tianjin team for a long time.

The team is very harmonious

This season, Tianjin Jinmen Tigers suffered a two-game losing streak at the beginning, and then after further running-in, the team achieved a strong 3-game winning streak and climbed to the sixth place in the Chinese Super League.

Rosa has also become more and more integrated into the team, and the effect is obvious.

Rosa said that he is adapting well at present, the cooperation with his teammates has been very good, and the relationship with the coach and teammates is also very harmonious, so he showed a good side in the game.

The steady improvement of the team is not unrelated to the coaching of the team's coach Yu Genwei.

Rosa revealed that he knew that Yu Genwei was a famous player in the Chinese national team before.

"He is a very good striker. I have watched his videos online, which are very respectable. After I arrived in the team, I had a lot of communication with him. He said that I was a very good player. All the previous videos in the Europa League, he thinks that I have characteristics and ability, he trusts me very much, which also allows me to play very calmly."

Rosa was named the best player in the 6th round of the Super League.

get out of self-doubt

When the best player in the sixth round of the Super League was selected, Rosa sighed and was very happy to win the first individual award in China. "I can win this award, which shows that the team is developing very well now."

In the first few games of the Chinese Super League, Rosa was actually struggling. He also revealed that he was in a hurry at the time, but fortunately the team was very patient with him, giving him self-confidence and support and helping him integrate into the team. .

For these few games getting better and better, Rosa believes that mutual adaptation is very important.

"When you come to a new environment, you definitely need to adapt, such as the arrangement of positions on the field or technical tactics, etc. Before, I was more on the wing, and the degree of cooperation was lower. In recent games, I have been closer to the middle, so I cooperated with my teammates. And participate in the offensive organization a little more.”

Rosa said he liked his current role in the team, "I am not a player who can score a lot of goals in the league, but I can create a lot of opportunities for my teammates." He also revealed that he likes Neymar and Inez. Tower's playing style, will often learn.

Regarding the future, Rosa admitted that he does not like to talk about the future, but is down-to-earth to do well in the present.

However, he believes that Tianjin Jinmen Tigers will have a good future.

"We have a lot of potential young players, the operation of the club and the coaching staff are also very professional, and they will develop very well in the future." Rosa said.