An entire family on the podium at the Swedish Championships week? This was the case in Linköping - where father Mikael Hadestrand and sons Viktor and Viking seized all medals in skateboard slalom. 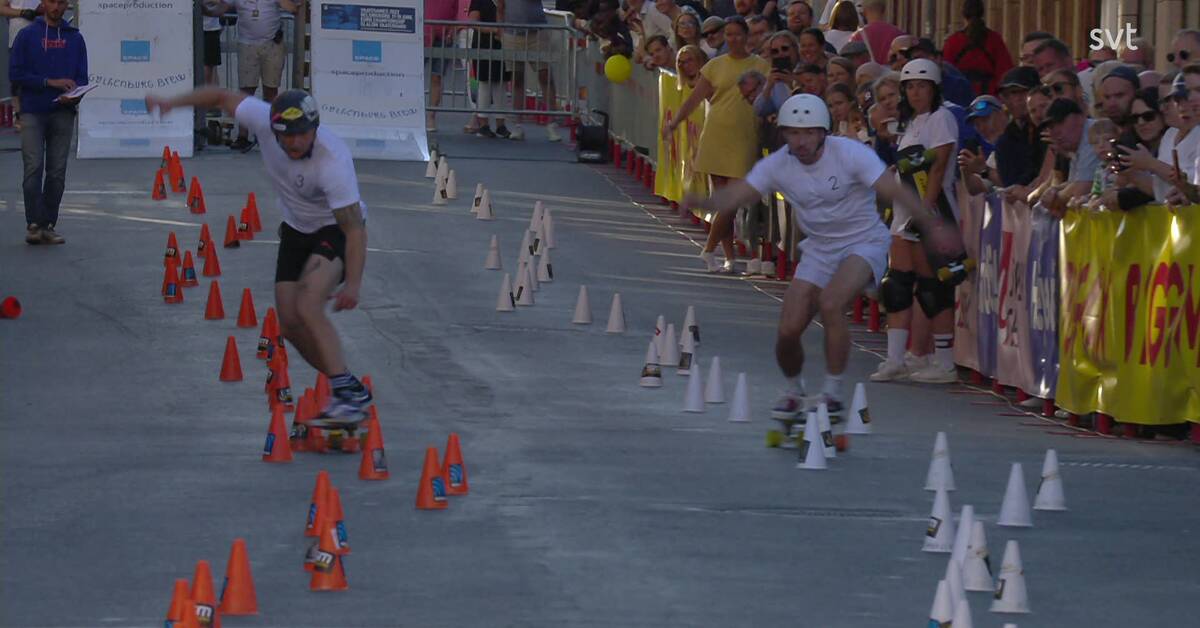 The family are world stars in the sport and offered a show on the streets in the inner city.

In the end, it was Viking who won and took his tenth Swedish Championship gold after an even final against his younger brother Viktor.

The number of overturned cones had to be determined.

- I have met my little brother in the last competitions and lost every single head-to-head.

Dad Mikael Hadestrand won the bronze after winning the B-final.

Skateboard slalom is a man-to-man sport that can be compared to alpine slalom on a skateboard and with cones instead of gates.

The challenge is to take all turns - up to five turns per second, according to SVT's guest expert Jani Söderhäll.

Skateboard slalom was one of the disciplines at the Swedish Championships week and in August the WC will be decided in Båstad.

On the women's side, the Swedish Championship gold went to Mikaela Murén.

CLIP: Meet the Hadestrand family - who are world stars in skateboard slalom (June 22, 2022)

Meet the Hadestrand family - who are world stars in skateboard slalom