The British star of the blacksmiths in a nasty crash: "He is bruised"

Blacksmiths star driver Daniel Bewley, who also drives for Wroclaw, was involved in a major crash when his Polish team lost to Czestochowa. He was hit by the opposing team's Jonas Jeppesen and went straight into the rim. - He seems to be in pretty good spirits. If you see the crash, you understand that he is a bit stiff in the body today, says Smedernas team leader Jerker Eriksson to SVT Sport. 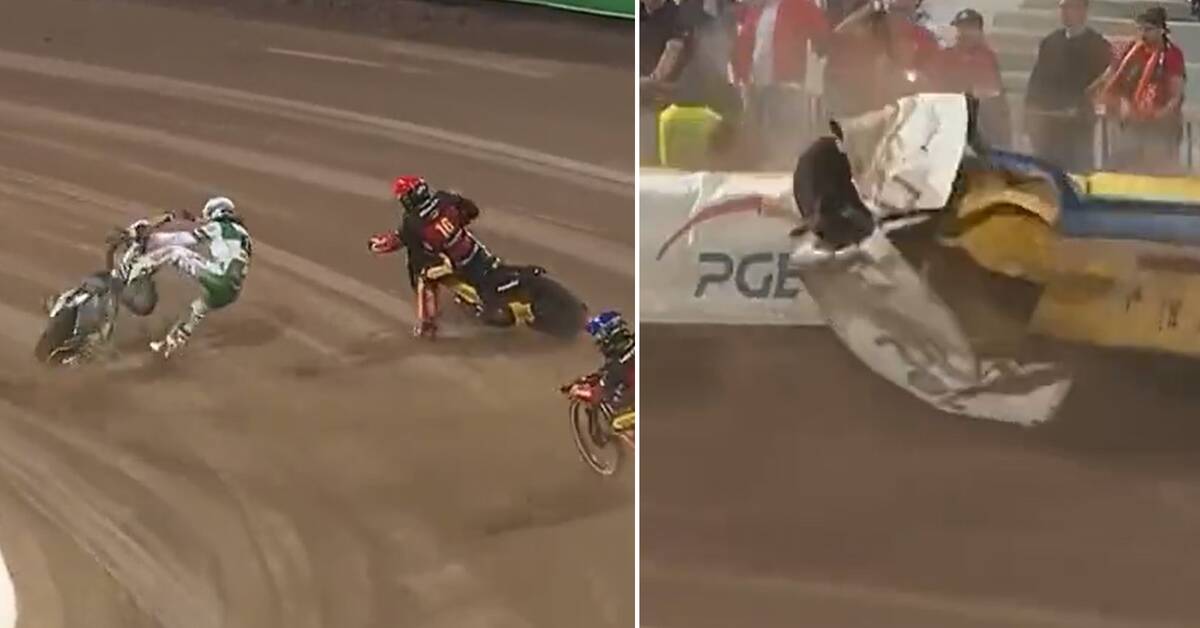 The situation occurred in the 14th heat of the meeting between Wroclaw and Czestochowa in the Polish top league Ekstraliga.

Czestochowa's Jonas Jeppesen collided with teammate Jakum Miskowiak's rear wheel and was thrown off the bike - which hit Dan Bewley.

The Briton drove nasty straight into the rim.

Afterwards, he was taken to hospital.

- He seems to be in pretty good spirits.

If you see the crash, you understand that he is a bit stiff in the body today.

He is obviously bruised.

Now he is waiting for them to do some checks.

He is still in hospital.

I think they have to wait for the swelling in the knees, for example, to subside.

He will probably have to wait until after the weekend, says Smedernas team leader Jerker Eriksson to SVT Sport.

"May take the time it takes"

Nothing should be broken, according to Eriksson, who believes that Bewley is happy that he is "just" shaken after the bang.

It is clear that he will miss Tuesday's meeting with the Lions.

- It must take the time it takes.

It's nice that it did not get worse.

Then it's obviously sour for him and his clubs.

Another star in Smederna, Pontus Aspgren, has previously been missing due to injury.

- Pontus still has some problems with his neck.

It is approaching (return) and it has gotten a little better now.

It has been a bit back and forth, but it should take a couple of more weeks.