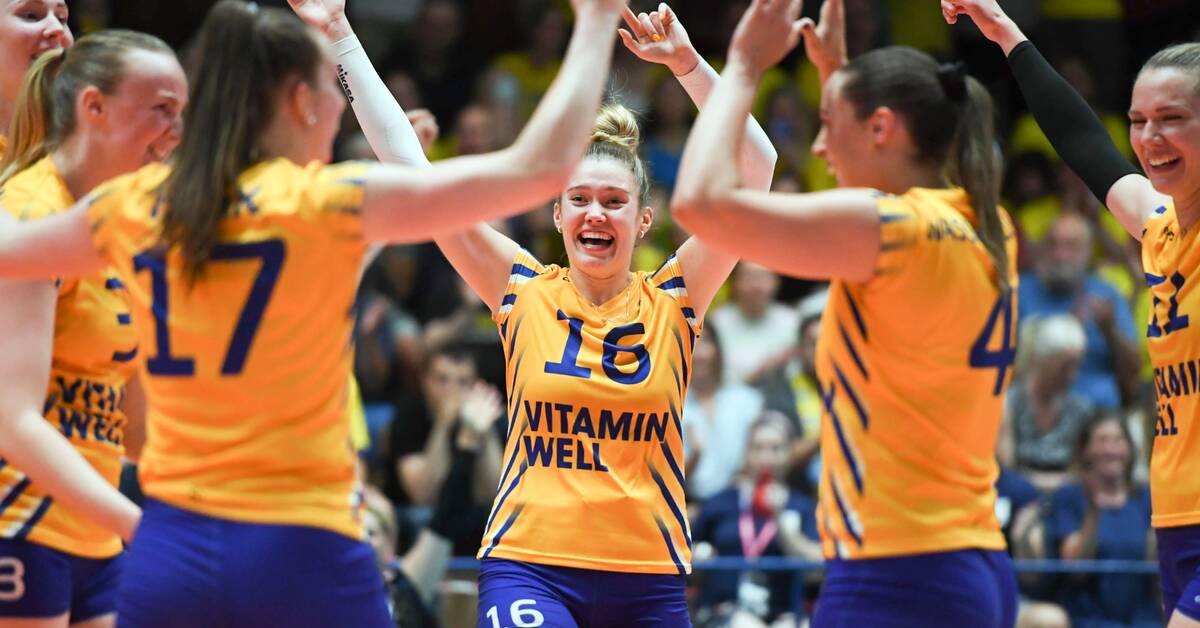 Sweden won the group and thus gained a home ground advantage in the Silver League final against Portugal.

Unlike the thriller meeting between the teams in the group game, where Sweden decided in the fifth set, the final was relatively undramatic.

The Swedes were bad in the beginning, however, but after a series of sharp serves by Alexandra Lazic, they managed to take home the first set with 25-19 in front of the home crowd in Lund.

- She (Lazic) goes from the first set with the most points (7) and it was probably her spectacular defensive save at 19-19 that led to the turnaround, said SVT's expert Andréa Jacobsson during the break.

The big star Isabelle Haak was noted for 14 points, while Alexandra Lazic was the best with 18 points.

- We make a fantastic match, most likely the best match we have done in the Silver League.

It feels like we are leading the whole match, we did not feel any stress, says Lazic.

Thus, they are ready for the Golden League for next season, Europe's highest league.

- We deserve to play at that level, says Lazic.