Kenya and Uganda clashed on Saturday July 2 in Aix en Provence as part of the Rugby Africa Cup organized in France. The Kenyans beat their Ugandan neighbors (42-7), qualifying… 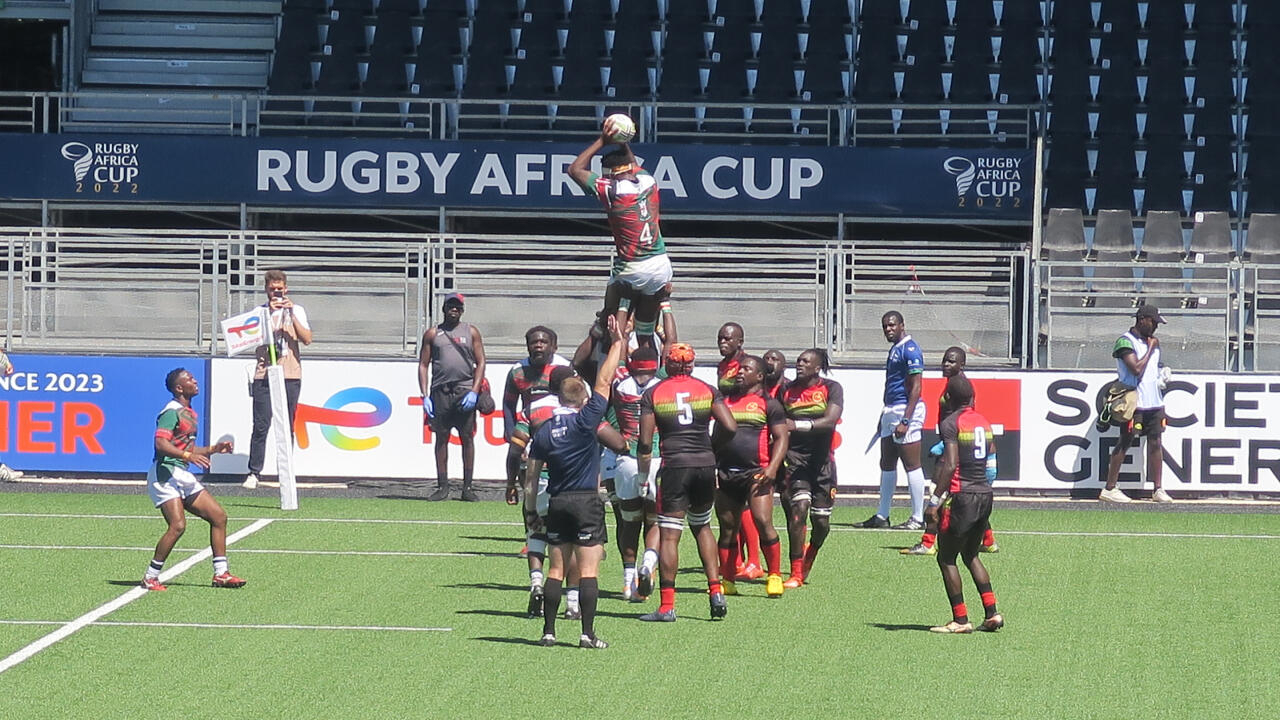 The Simbas did not need long, Saturday July 2 in Aix-en-Provence, to confirm their status as favorites against Uganda in the quarter-finals of the Rugby Africa Cup.

From the 2nd minute, the Kenyan center three-quarter John Okoth Okeyo scored a try between the posts of Uganda and thus allowed his team to take the lead.

The Kenyans did not let go of him throughout the meeting, showing greater technical and physical qualities.

Ranked 52nd in the world, Uganda has tried to cast doubt on its formidable neighbour, 35th in the world.

But the Ugandans then lost precious balls which their opponents took advantage of to score on the counter, like second-line Thomas Okeyo Ongera who scored a try in the 12th minute for Kenya following a magnificent run.

Very mobile, the Kenyans suffocated their opponents and managed to make up for their defensive errors when the Ugandans finally managed to show themselves dangerous.

Despite the blazing sun and a temperature of around 33 degrees, they maintained the same rhythm and offered the 400 spectators present in the Maurice David stadium some fine three-quarter attacks.

The passion of John Okoth Okeyo

Half an hour into the game, the clear Kenyan domination only resulted in a slight lead in the score (14-0), the referee having refused two tries for forward.

And the end of the first half turned into a nightmare for Uganda: reduced to 14 after the temporary expulsion of one of its players, it conceded a 4th try, signed Bethwel Anami Muteshi.

Kenya was not content to manage its wide lead (28-0) in the second half, the Simbas continuing to largely dominate the meeting.

Cornered in their 22 meters, the Ugandans defended valiantly but could not do anything against the ardor of John Okoth Okeyo who scored twice in the 45th minute.

The sixth try came in the 56th minute, after a good pounding job from the forwards concluded by Brian Otiengo Juma.

In a last last stand, the Ugandans finally managed to bring danger to the opposing camp during the last quarter of an hour.

With the support of the whole public, Jacob Ochen ended up scoring a try, transformed by the back Philip Wokorach, one of the rare Ugandan players who plays in France.

Winner 42 to 7 of this match played under a blazing sun, Kenya can now rest for its semi-final, July 6 in Marseille, against the winner of the match between Senegal and Algeria.