Belgian Yves Lampaert (Quick-Step) won the opening time trial of the Tour de France on Friday in the streets of Copenhagen and donned the first yellow jersey of the 109th edition of the race. Tadej Pogacar, one of the big favorites of the event, took third place. 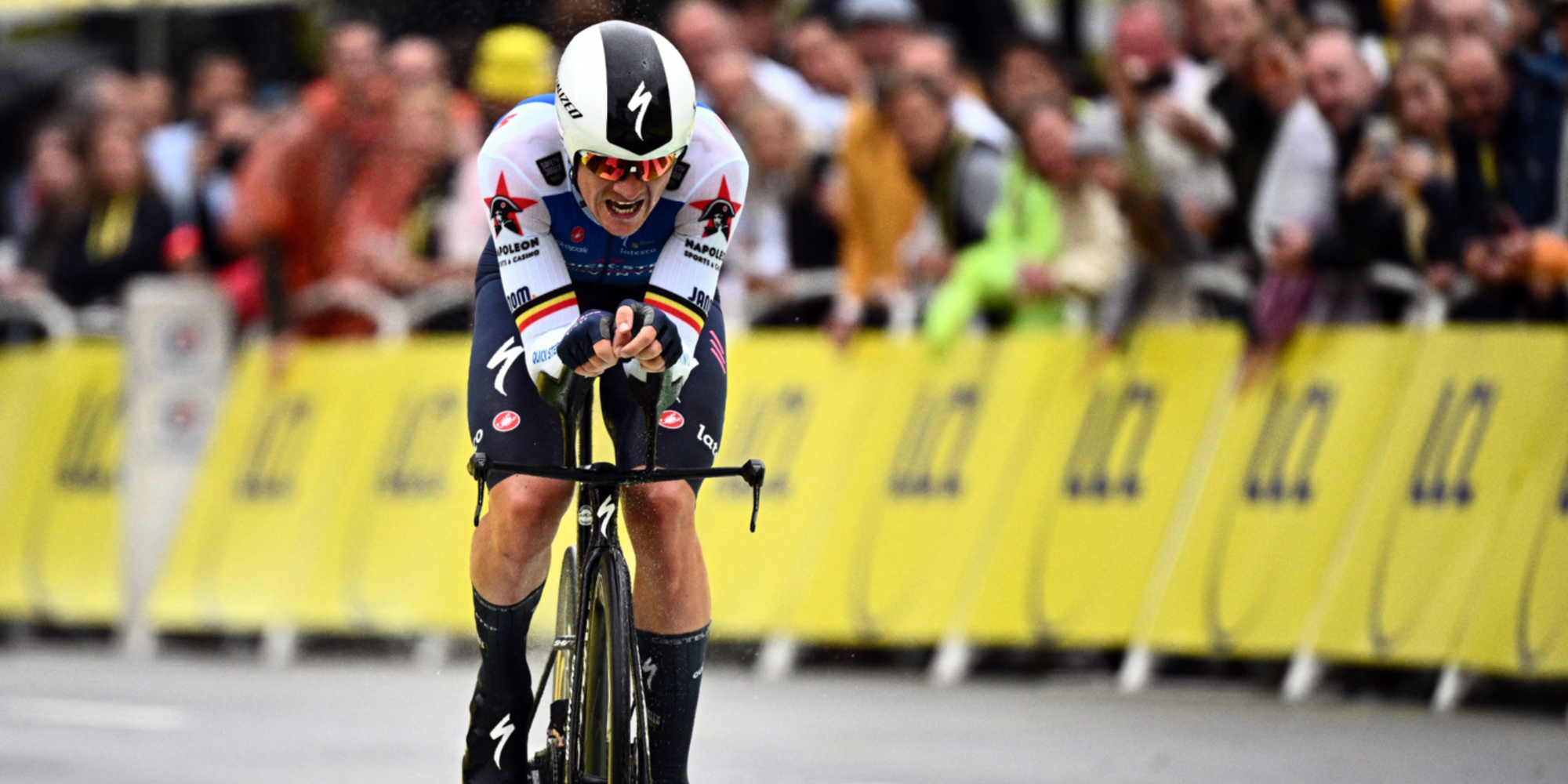 Belgian Yves Lampaert (Quick-Step) won the opening time trial of the Tour de France on Friday in the streets of Copenhagen and donned the first yellow jersey of the 109th edition of the race.

Tadej Pogacar, one of the big favorites of the event, took third place.

Belgian Yves Lampaert was the fastest on the streets of Copenhagen to win the opening Tour de France time trial and take on the leader's yellow jersey, as defending champion Slovenian Tadej Pogacar s is listed as one of the favorites.

He then waited for the arrival of the last 60 riders to be certain of this prestigious success, his first in the Tour that this 31-year-old son of farmers is competing for only the third time.

The Flamand, Belgian champion in the time trial twice, has not raced the Grande Boucle since 2018 although he is one of the basic men of the Quick-Step formation, especially in the classics ( third in Paris-Roubaix 2019).

All the teams were faced with the puzzle of the weather.

Because the rain stopped during the race, contrary to the forecasts which had justified the presence of the favorites in the first half of the table and established, in doing so, a form of equity.

Behind Lampaert and van Aert, who congratulated him on leaving the finish area, Pogacar took third place in the stage and did better than all his opponents for the general classification.

The Dane Jonas Vingegaard, applauded by the crowd who came en masse for this unprecedented start, dropped 8 seconds to the outgoing winner, the Slovenian Primoz Roglic one second more.

Cautious in the turns but very agile, Pogacar pulled off a masterstroke that was all the more impressive as the young Slovenian (23) appeared impervious to stress, despite the challenge and the risks multiplied by the slippery road.

A few moments before the start, he was laughing out loud without seeming the least bit worried!

Concentrated to the extreme for his part, van Aert negotiated the bends of the route as well as possible visiting the tourist sites of the Danish capital.

Starting a minute after the Italian Filippo Ganna, he improved the time of the world time trial champion by more than five seconds, delayed by a slow puncture in the rear wheel in the last kilometers.

Wout an Aert came very close to the yellow jersey

Although he was very close to the yellow jersey, no doubt within his reach in the coming days, van Aert however failed to continue his series of successes in the Tour since he had dominated the last two stages of the edition. 2021, the Libourne time trial (30.8 km) then the Champs-Élysées sprint in Paris.

His roster placed three runners in the top eight.

Without a fall, Christophe Laporte, credited with a hot time at halfway (3 seconds ahead of van Aert), could have further enriched the auspicious picture at the start of a hard, tricky first week. , risky.

For the climbers, the outlay in this time trial with changing conditions is significant without being prohibitive.

A long-awaited final for the second stage

From the top trio of the Ineos team, the Briton Adam Yates (pointed 16 sec from Pogacar) did better than the Colombian Daniel Martinez and especially the Welshman Geraint Thomas.

"I've never taken turns so badly, I'm almost ashamed of it!", Lamented the winner of the 2018 Tour, who however only dropped 18 seconds to the Slovenian.

"Fortunately the legs are turning well. I felt that I had power".

The rest therefore promises with a long-awaited final, Saturday, in the second stage which ends with the passage through the Great Belt, the arm of the sea which separates two large islands of Denmark, to reach Nyborg.

The race, on a course exposed to the wind, is once again dependent on the weather, one of the keys to cycling, especially in the flat stages.