The 109th edition of the Tour, whose Grand Depart will take place on July 1 in Copenhagen as a great tribute to the city with the most bicycles in the world, is marked by the... 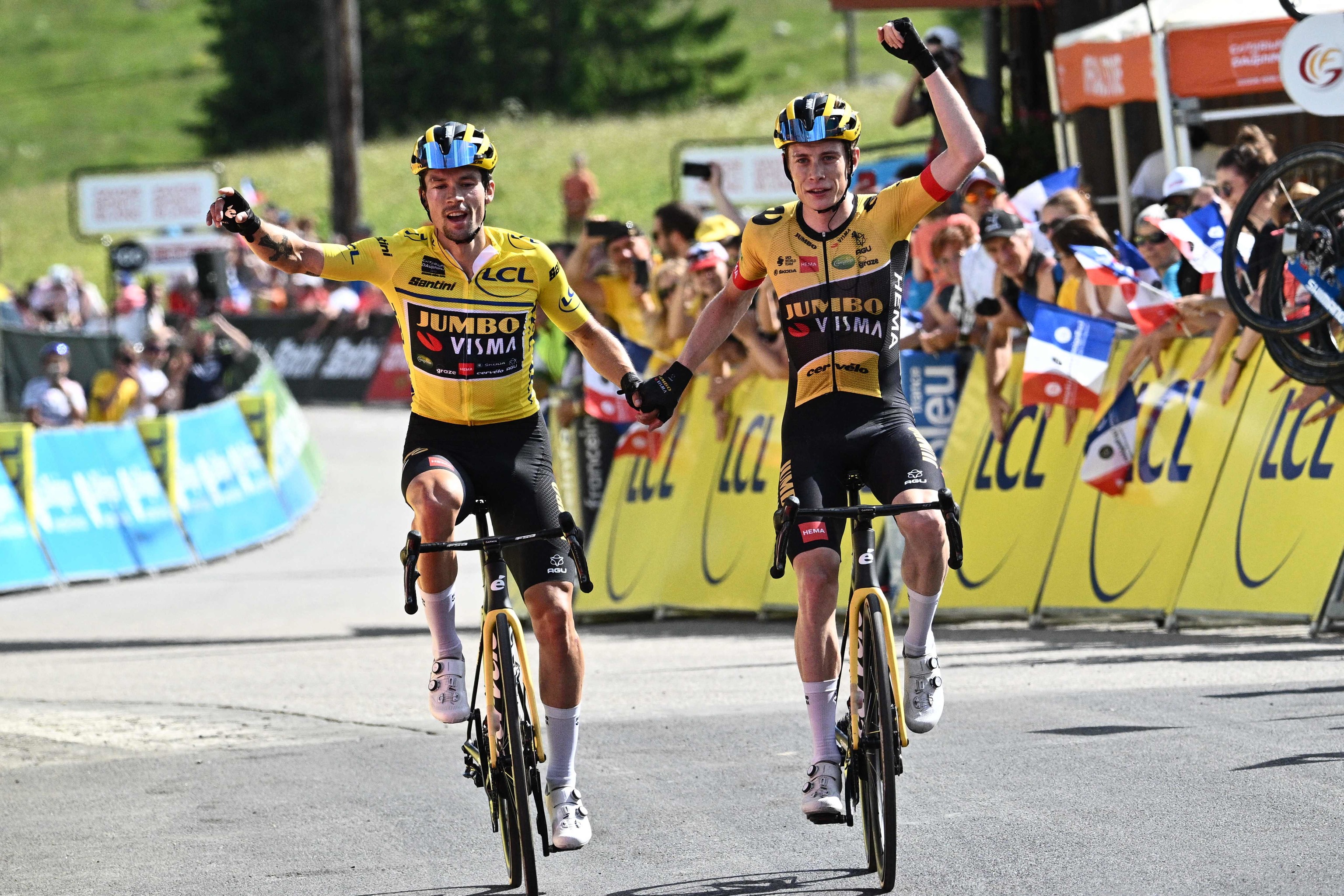 The 109th edition of the Tour, whose Grand Depart will take place on July 1 in Copenhagen as a great tribute to the city with the most bicycles in the world, is marked by the dominance of

With an attractive and demanding route from the first week, the 3,328 kilometers to the Champs Elysées will bring a fight against the Slovenian genius, with a bunch of contenders led by his compatriot

At 23 years old, he seeks to join a select club, that of the prodigies who achieved three running Tours:

2022 has already shown confirmation of his strength, even in the classics at the beginning of the year (he won the UAE Tour, the Strade Bianche and the Tirreno Adriatico and was fifth in Milan-San Remo and fourth in his debut in Flanders) and in the recent Tour of Slovenia he has endorsed his wonderful preparation in the Alps.

He is also supported by a team of guarantees, in which

They will cover him in all kinds of circumstances, from the ambushes of the first week -with that stage that runs through part of the Paris-Roubaix- to the Alps and the Pyrenees.

"We will see if being as good as in 2021 is enough this year. I feel stronger, slimmer, I have more power and I feel psychologically safer," Pogacar recently confessed to

Also for the bookmakers it is the maximum favorite.

On his way to 33 years of age, the triple winner of the Vuelta maintains the ambition of culminating his wonderful career with the achievement of that Tour that eludes him so much.

From the dramatic second place in 2020 to abandonment in the last edition, with that very hard fall in the third stage.

After a knee injury that he overcame in the spring, his overwhelming victory at the Dauphiné reaffirms his aspirations and the team that accompanies him could not be more powerful, starting with

, second last year and continuing with

who, As always, it will not leave anyone indifferent.

It is difficult to describe Roglic as a gregarious Dane and that image of both entering the goal of Plateau de Salaison (Dauphiné) hand in hand is significant.

It will be the race itself that places each one in their struggle with Pogacar, it is even possible that they opt for a joint melee.

Because Vingegaard already knows what it is to put the Slovenian in trouble (there are not many who can say this), making him human on Mont Ventoux.

A rarity, a Danish climber, and a surprise to be confirmed.

The strange and recent Tour of Switzerland, plagued by dropouts due to coronavirus, has, however, been a shock to the aspirations of the Briton, winner in 2018. That experience, his versatility and the great team that Ineos will present are his strengths, although It's been a long time since it seems that Cardiff is far from the front line.

, there is no clear leader in the powerful British team and the Colombian will share stripes a priori.

could be the option, such is the power.

Martínez won the Tour of the Basque Country, was third in Paris-Nice and has yet to confirm all his conditions in a Grand Tour.

His youth and time trial ability work in his favour, although his one time as a team leader (Education First) on the Tour was plagued by misfortune.

He will not be the only Colombian with aspirations.

(Arkea), who faces his ninth participation, and

(Education First) have a lot to say in the big ports.

When he was leading the Tour de Suisse, shooting his expectations, he had to leave because of the covid.

The contagion surrounds the young Russian with unknowns, a pearl that this season has already shown his performance in the Tour de Romandía and the Volta a la Comunidad Valenciana.

In his prime and at the head of a great squad,

has high expectations for his Tour de France debut.

The fourth place in the last edition -with a stage victory included-, in which he confirmed all his performances, places the Australian on the list of favourites, who comes after a wonderful participation in the Dauphiné, extending a solid season in which he has always He was among the first in the races he entered -he had to withdraw from Paris-Nice-, winning a stage in the Volta and the Tour de Jura.

“I have changed my vision from last year and I feel capable of aiming for the top this summer. It was also encouraging to see my friend

win the Giro. He is also from Perth and we have known each other for a long time. I saw win, I told myself that I can too", he confessed recently.

The one from Artà has before him another great opportunity to demonstrate his capacity for resistance and regularity in the grand tours.

In the last two editions of the Tour he has finished sixth and fifth, respectively, and has already been second twice in the Vuelta.

The crash in the Dauphiné, which finally forced him to retire, disrupted his set-up, but all his efforts and those of his needed team have always been focused on the current Tour.

It will be the great and only Spanish asset for the general classification.

, another of the great hopes of French cycling that continues to fight against its curse: since

In the Tour of Switzerland he won again in a mountain stage, his specialty.

(DSM), who had to withdraw from the Giro when he was at a great moment, will be the other great French tricks.

They will be, for sure, great cheerleaders of the race.

Australia is fashionable in cycling and

, who already showed his ability in the last Vuelta a España (third), intends to emulate his compatriot

, surprising winner of the recent Giro.

It will be, along with

, the great asset of the always ambitious Bahrain once

has confirmed that he will not be in the Grande Boucle.

His preparation has been interrupted by the complete abandonment of the team from the recent Tour de Suisse due to covid.