Watch.. the day Messi wanted to "kill" his compatriot and his current colleague

Lionel Messi wanted to "kill" Leandro Paredes, his compatriot and colleague in Paris Saint-Germain after the two got involved in a brawl during the Barcelona and Saint-Germain match in the Champions League season 2020-2021. 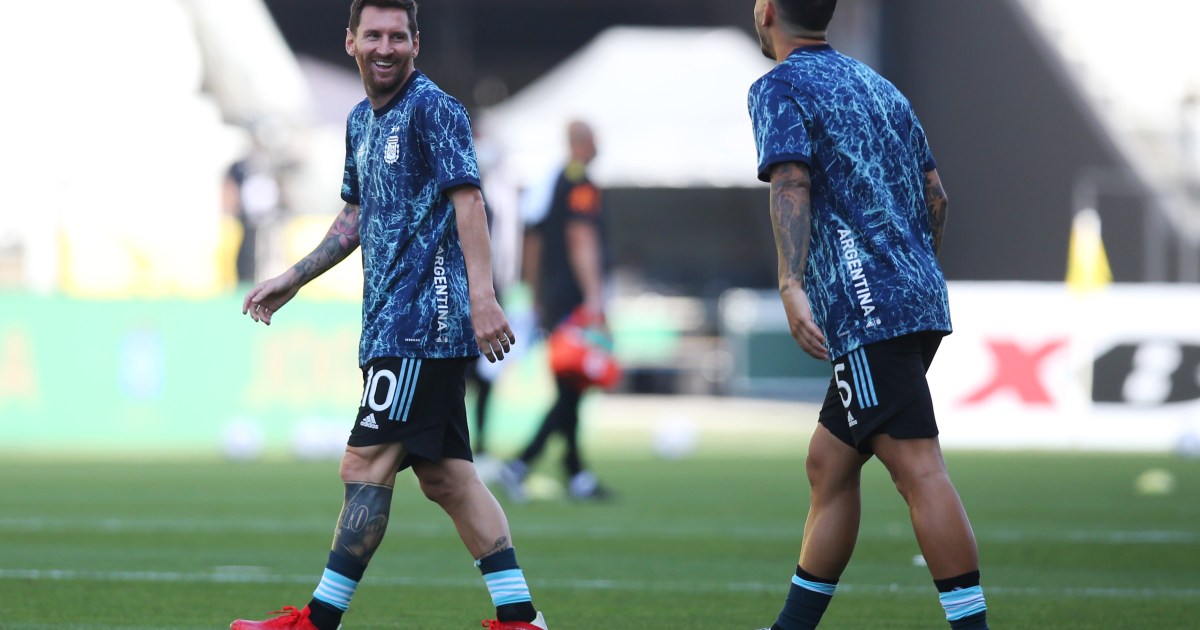 Lionel Messi wanted to "kill" Leandro Paredes, his compatriot and fellow Paris Saint-Germain, after the pair got involved in a brawl during the Barcelona-Saint-Germain match in the Champions League 2020-2021 season.

The quarrel took place in the first leg of the final price of the continental competition between the two teams, as the Parisian team won a wide victory over Barca 4-1 thanks to a hat-trick of Kylian Mbappe and Moise Kean's goal.

Messi, who opened the scoring with a penalty kick, did not like a mistake made by Paredes during the big defeat.

Moreover, Messi heard a comment made by Paredes to one of his teammates, which boiled the blood of the 7-time Ballon d'Or winner.

"Messi got angry because I made a comment to my teammates and he heard me, he was really angry, he provoked me, it was bad, he wanted to kill me and I wanted to go home," Paredes said - in a press interview carried by Marca newspaper.

It is relatively rare for Messi to lose his mind on the field, and despite what happened he did not hold any grudges, he completely forgot about the mini-controversy when the two met at the Argentina national team camp.

"Then I saw him in the national team and he acted as if nothing had happened, he showed me what he is as a person, the relationship continued as it was .. Now when we remember the incident we talk about it and laugh, but he was really angry, (at the time) he wanted to kill me," Paredes explained.

Months after the incident, Messi and Paredes became colleagues in Saint-Germain when the Barcelona legend left the "Camp Nou" in a free transfer deal after Barca was unable to register his new contract.

Messi signed a two-year contract at the Parc des Princes, winning the French league in his first season.

Despite a somewhat disappointing campaign by his usual high standards, Messi scored 11 goals in all competitions and provided another 15 assists for his teammates.