Today, the San Siro Racecourse in Milan, Italy, will host the fourth leg of the President's Cup series for purebred Arabian horses, as part of the 29th edition's racing agenda. 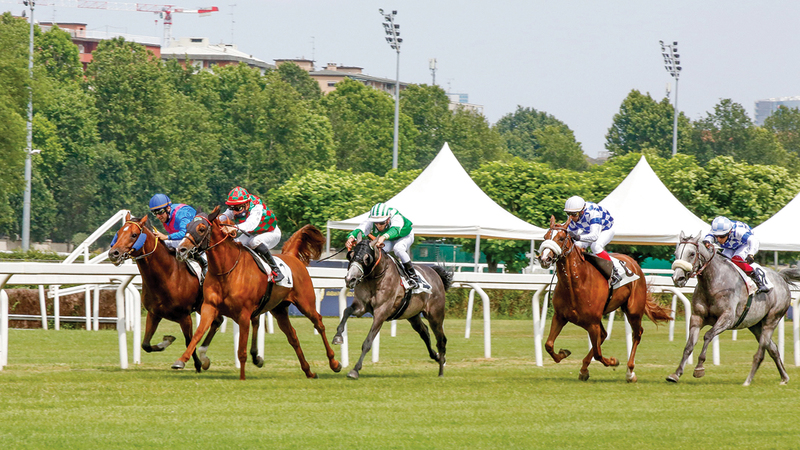 Elite horses declare the challenge at the San Siro track

Today, the San Siro Racecourse in Milan, Italy, will host the fourth leg of the President's Cup series for purebred Arabian horses, as part of the 29th edition of the races agenda.

The prestigious Cup series is receiving the attention and follow-up of His Highness Sheikh Mansour bin Zayed Al Nahyan, Deputy Prime Minister and Minister of Presidential Affairs, with the aim of sustaining the plans adopted by the Emirates to raise the status of Arabian horses, following the approach of the late Sheikh Zayed bin Sultan Al Nahyan, may God rest his soul, in encouraging Taking care of the purebred Arabian horse and raising its status in all countries of the world.

The precious cup was launched in May from France and then America with the first category races, followed by Tunisia’s first stop in the Arab tours, and it returned again to complete its races and tours in European tracks, based on the UAE’s continuous support to raise the status of Arab horses and encourage owners and breeders to acquire and breed Arabian horses, in order to preserve his position and his path linked to the ancient heritage of the Emirates.

Nine horses representing the elite, strength and speed in Italy and Europe are participating in the Italian station race, and they seek to win the prestigious Cup race, which is held for a distance of 2000 meters, in the second category for horses of four years of age and above, where the list of participating horses includes the former champions of the President’s Cup The state last year, and they are: Arion (Belgium Station Champion 2021), and Jarf (Netherlands Station Champion 2021), and they belong to Hayef bin Muhammad Al-Qahtani, and they are descendants of (Dahes x Qais de Ghazal bint Dorman), and their training is supervised by Bernard Jean Franco and Arion leads in The race will be Musa Gerrard, while the horse "Garf" will be led by Ekim-Jean Bernard, along with "Wave Al-Khalidiya", crowned with the Sheikh Zayed bin Sultan Al Nahyan Cup in Poland last year, and descended from the descendants of the international stallion "Nashwan Al-Khalidiya X Asma Al-Khalidiya Bint Amer". She returns to the Khalidiya Stables and is supervised by Kacbrzyk Maciej under the leadership of the Knight Friso Antonio.

For his part, Chairman of the Supreme Organizing Committee of the President’s Cup Series for Purebred Arabian Horses, Matar Al Dhaheri, said: “The Italian station is one of the important stations that has been able to confirm its worth every year in terms of participation and welcoming owners and breeders, in addition to the wide media echoes. The fourth Italian station, a true translation of our continuous plans, in order to achieve more fruitful gains for the Arabian horse’s journey, through a series of precious cup races.”

For his part, the General Supervisor of the President's Cup Series for Arabian Horses, Faisal Al-Rahmani, said: "Italy Station has succeeded in being the meeting place for the elite elite horses every year, and it has become a distinguished station to attract the elite owners, breeders and stables in Italy and Europe to participate in its annual race."

He added: “We are pleased with the great demand for participation by the elite Italian and European horse studs in the fourth leg of the Precious Cup, which has moved again to the European continent after France, America and Tunisia. The Arabian horse and its status among nations, based on the vision and directives of His Highness Sheikh Mansour bin Zayed Al Nahyan, Deputy Prime Minister and Minister of Presidential Affairs, and his great interest in making a qualitative leap in the march of the Arabian horse on a global level.