&nbsp;The Executive Director of Team Games at Al-Ahly Youth Club, Dr. Majid Sultan, revealed the contract with Bosnian coach Zoran Zapovic, to lead the club’s first basketball team for the new season 2022-2023, with a contract that extends for one season without disclosing the value of the contract. 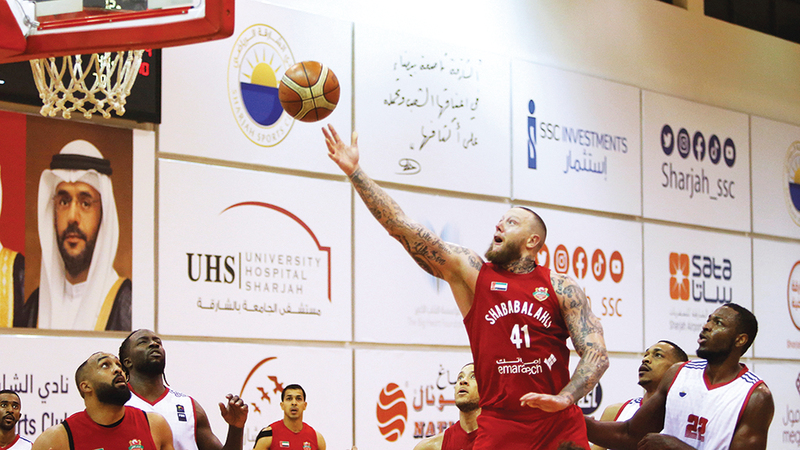 The Executive Director of Team Games at Shabab Al-Ahly Club, Dr. Majid Sultan, revealed the contract with Bosnian coach Zoran Zapovic, to lead the club's first basketball team for the new season 2022-2023, with a contract that extends for one season without disclosing the value of the contract.

Sultan confirmed the renewal of the club’s collective management of its confidence in the American professionals, Brandon Ritchie, who is good at playing in the playmaker position, and his compatriot Nicholas Minrath as a fulcrum player, to defend the colors of the basketball team for the next season, after the good level presented by the two players over the course of the last season, and their achievement with the team championship titles. The league, the President’s and Vice President’s Cups, and the “Basket Knights” gifted more records as the teams with the most titles of the game at the state level.

Sultan told "Emirates Today": "I thank the Al-Wasl administration for its cooperation in completing the contract with its Bosnian coach Zoran to lead Al-Ahly youth in the new season, especially since the contract came after an extensive technical look from the management of the collective games sector in Al-Ahly youth, by looking for a coach with experience Great at the local and Gulf levels, in light of important entitlements awaiting the basketball team, not only in terms of defending the titles of local championships, but also in raising the level of ambitions towards more achievements, by participating in both the Gulf and Arab championships, in addition to participating in the Asian Club Championship. to be hosted in October.

He explained, "The contract with coach Zoran is primarily due to his association with strong friendships with the majority of Al-Ahly youth players, as he had previously trained the team in a previous term that extended until 2011, before heading to coach the UAE national team, and then the technical leadership of the Bosnian team until 2016, and later return in A new experience with the state clubs in 2019 by taking over the training of Al-Wasl Basket.

He added: «The search for a coach who combines the ability to successfully deal with the mentality of the Gulf player and the possession of great experience, whether training national teams or Emirates clubs;

He was behind the trend to contract with Zoran, especially that the basketball team awaits important benefits, whether in adding more records at the level of local championships, or achieving the direction of the club’s team games management by raising the level of ambitions, whether by returning to the Gulf clubs established with its new system through a round-trip league It extends until May next year, during which those who aspire to add our fourth title in their records after crowning the "Basketball Riders" with a "hat-trick" and winning the title three times in a row between 2015 and 2017.

He concluded: "The Al-Ahly youth basketball team holds Emirati hopes for a new title at the level of the Arab Champions Clubs Championship scheduled for next November, but our ambitions for the new season extend to the unprecedented achievement of the country's clubs by competing in the Asian Championship title, which they seek to host in the UAE next October. Especially since the (basketball riders) were close to this achievement in 2016 before winning the bronze medal after defeating the Iranian Petroshimi 74-100.

The contract extends for one season without disclosing the contract value.

Coach Zoran has strong friendships with the majority of Al-Ahly youth players, as he previously coached the team in a previous term that extended until 2011.