Two days after successfully moving on the wire, Carlos Alcaraz signed a convincing victory and is already in the third round of Wimbledon, after beating Tallon... 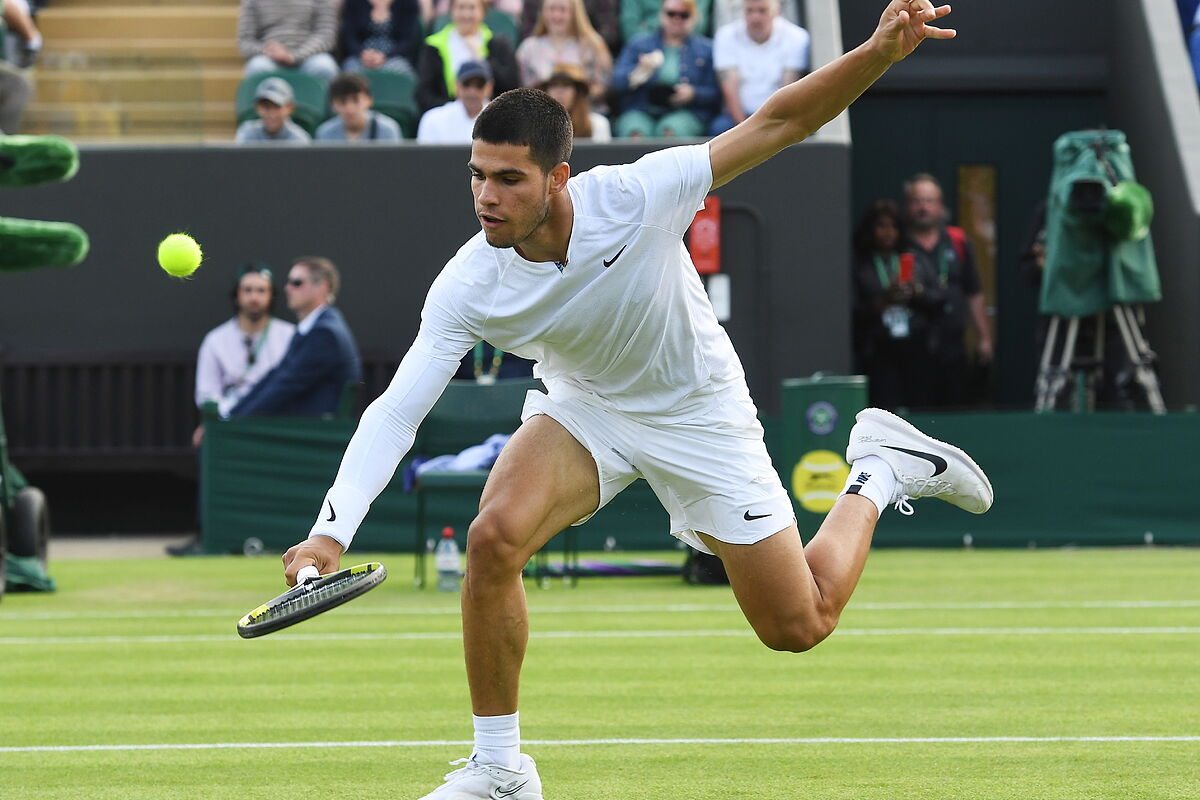 Two days after successfully moving on the wire,

signed a convincing victory and is already in the third round of Wimbledon, after beating

The Spaniard, seeded fifth, took a step forward, without the ups and downs of his debut.

He was a player more like himself, whom he has broken out this year with his wins in Miami, Madrid, Rio and Barcelona.

The grass does not have to be alien to someone with the qualities and predisposition of Alcaraz, who will face the German

It is only his second appearance in the final table of the All England Club, where in 2021 he fell to

in the second round, but, smart boy where they are, he is internalizing what the priorities are, what is the suit he must choose from his wide wardrobe at all times.

The service, with which he already got 30

, did not give such spectacular numbers on this occasion, but it did help him in decisive moments: he won the first two sets with two direct aces and with one more he stopped the first threat reaction of the Dutchman at the beginning of the third quarter.

If on clay and concrete, Alcaraz is a contrasted player, on this surface he is still in the learning process and does not develop with the same joy, but he begins to loosen up as he gains confidence.

This Wednesday he already dared with imaginative left marks of the house, in addition to showing greater aggressiveness with the rest and letting himself be seen more often on the net.

A break in the ninth game was enough balance to score the first set.

We saw an Alcaraz with greater stability, as if he had already solved the difficulties of landing and felt safe with the navigation chart.

He overdid it with a crisp spike on the first set point, but corrected immediately to win it with an ace, after absorbing the error with a smile.

Griekspoor, 53rd, is a low-key 25-year-old who has never gone beyond the second round at a Grand Slam.

, in the previous match, he managed to win the first match in his only two appearances at Wimbledon.

Seeing that staying at the back of the court did not pay off, the Dutchman offered more direct tennis in the second set.

With him he traveled to a playoff where he was exposed.

Alcaraz knew how to rectify in the part, where he needed to break twice as a toll on his precipitation.

He did it and ended a happy afternoon on track 2, adding credits to earn a place on higher-ranking stages.

The ones that his tennis deserves.