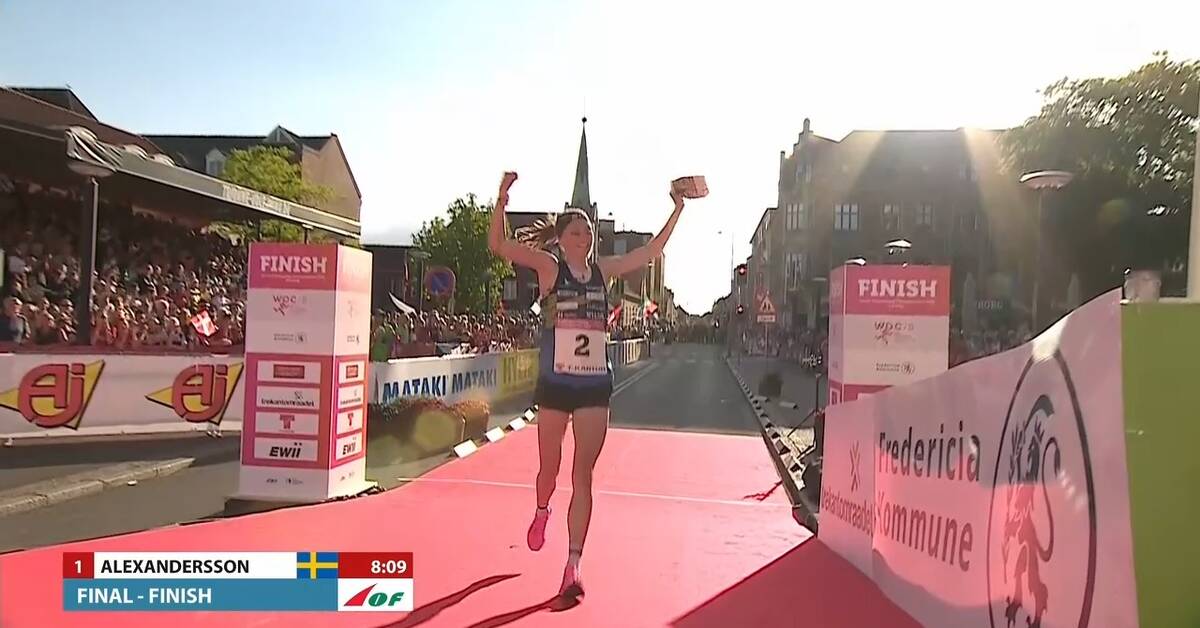 There was a great chance for a blue-yellow medal in the ladies' final of the knockout sprint.

Three of the six finalists were Swedes.

Sara Hagström, Tove Alexandersson and Lina Strand, the latter got a final place only after one of the competitors was washed for incorrect stamping in the semis.

Alexandersson slept with the others, but after just over half the race she put in a shock.

Then none of the others could answer and Alexandersson could win in superior style.

Her first World Cup gold in the discipline, in her first first attempt.

Knockoutsprint made its debut in the World Cup context today.

- It feels fantastic, it has been such a good, it was a challenging course, I knew you had to stay focused all the time, says Alexandersson after the final.

This was the sovereign's eleventh straight World Cup gold.

- She is fantastic, she is superhuman, says SVT's commentator Peter Jonsson.