Swedish victory after lightning against Brazil

Record audience at Friends Arena. Then Sweden was responsible for a lightning turn in the European Championship genre rope against Brazil. 0-1 became 2-1 in just three minutes of play after a triple change by the Swedish national team captain Peter Gerhardsson. 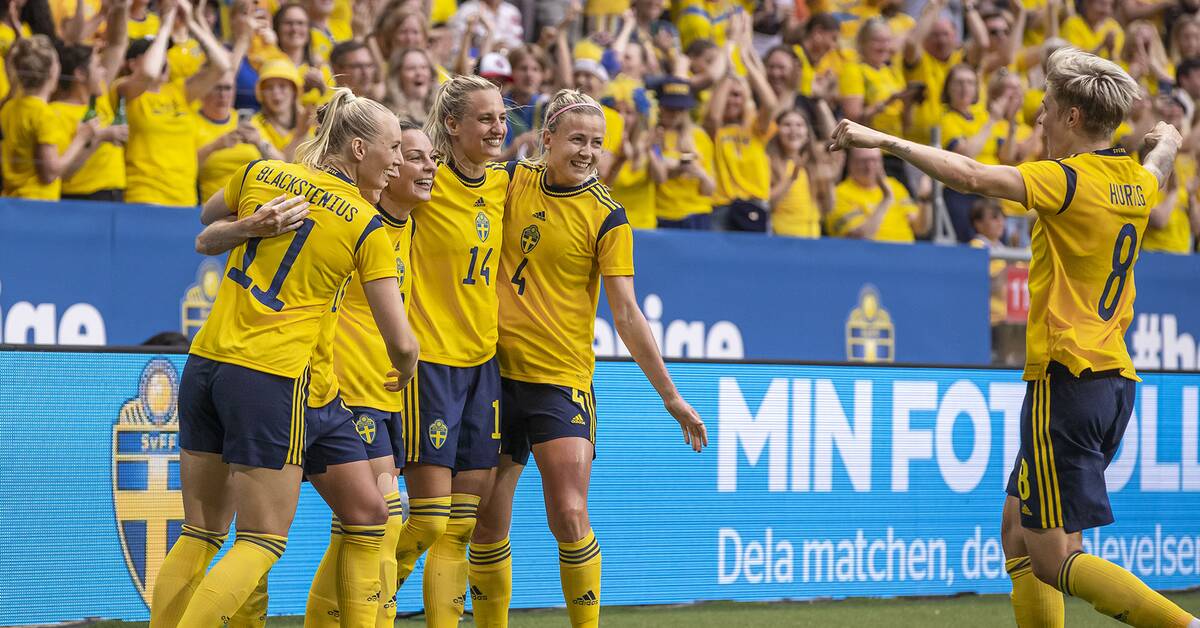 An audience record so it just sings about it.

It previously had 25,882 spectators and was set at Friends Arena 2019 when Sweden met Germany in a training match.

But one cannot directly claim that the record audience got value for the entrance fee in the first place.

The first half was sad and lacking in chances.

The closest to a goal came Brazil when left-back Tamires dotted the post behind Hedvig Lindahl with a failed post after 25 minutes of play.

Otherwise, there was not much interesting to report on.

The second half offered all the better entertainment.

In the 50th minute, Fernanda Palermo attacking star Debinha served an open street against the Swedish goal and free with Hedvig Lindahl, the 30-year-old made no mistakes.

Debinha cheers after making 1-0 against Sweden.

After the goal, Sweden had continued to create something of value and in the 64th minute, national team captain Peter Gerhardsson made a triple change.

Out with Kosovars Asllani, Fridolina Rolfö and Sofia Jakobsson - and in with Stina Blackstenius, Olivia Schough and Johanna Rytting Kaneryd.

It really turned out to do the trick.

A minute later it was acknowledged after a really nice individual effort by Rytting Kaneryd and two minutes later Sweden had turned the tables after a nice Jonna Andersson post that an unmarked Lina Hurtig could easily nod in goal.

With just over a minute left to play regular time, Stina Blackstenius then put the nail in the Brazilian coffin when she very nicely lobbed in the 3-1 goal.