Three years after his last visit to Wimbledon, Rafael Nadal returned with victory against Francisco Cerúndolo, whom he beat 6-4, 6-3, 3-6 and 6-4, in three hours and 33... 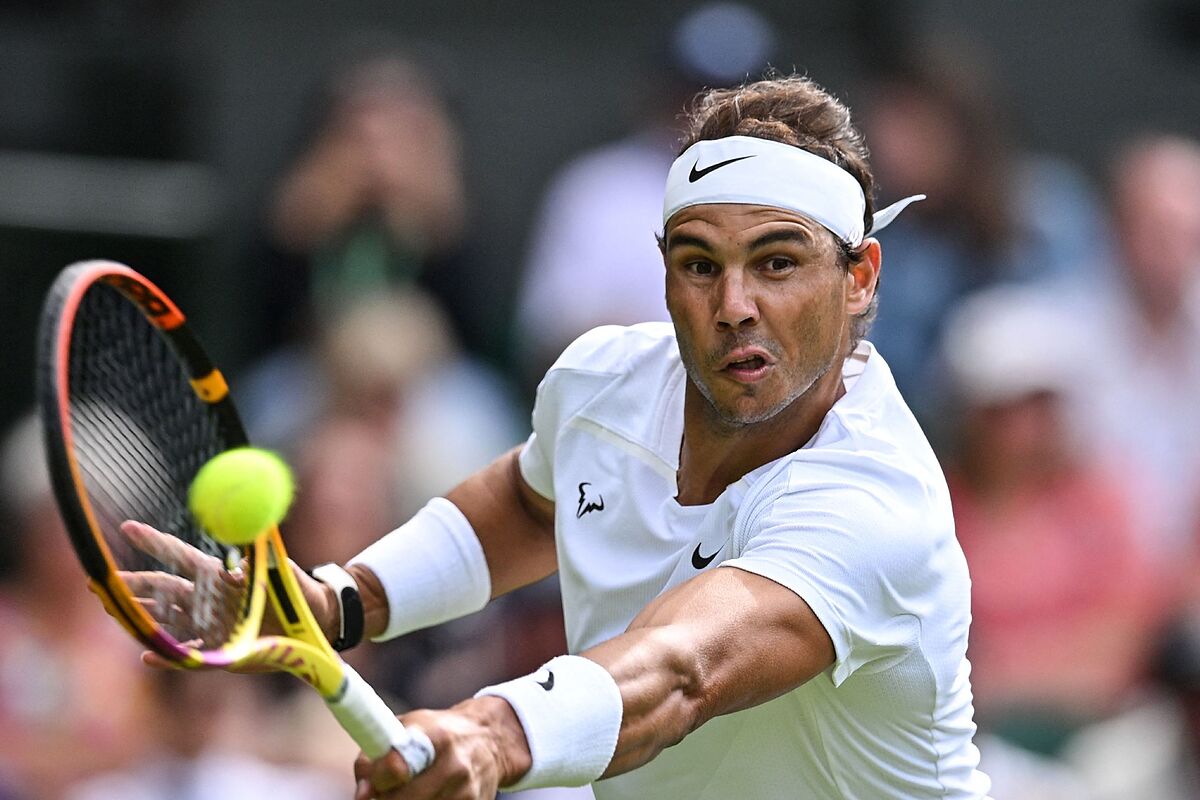 Three years after his last visit to Wimbledon,

returned with victory against

In what was his reappearance after winning the fourteenth Roland Garros and the twenty-second Grand Slam, the Spaniard paid for his excessively temporizing mood and dropped a set against a worthy rival, who was not far from taking the dispute to the fifth.

Nadal, tournament champion in 2008 and 2010, suffered no physical problems after undergoing the new treatment on his left foot, and will face Lithuanian

on Thursday , whom he defeated this season on his way to the ATP title Melbourne 250.

The tournament suffered a noticeable loss in the lower part of the table, where Nadal circulates.

, finalist last year and recent champion at Queen's and in Stuttgart, called to face the Mallorcan in a hypothetical semifinals, did not even make his debut when testing positive for covid.

The Spaniard, who had only had two exhibition matches at Hurlingham, seemed to have everything under control after winning the first two sets and having an early break in the third.

He lost serve in the fifth game, after having

in the previous one, and went through a difficult moment when the Argentine created up to three options to get to 5-4 and serve, all of them neutralized by the left-hander with successful serves.

As is often the case in these types of situations, it was he who broke next to take the set.

The sequence was repeated in the second, this time with the Spaniard opening the gap 4-2 after saving a break point in the fifth game.

Francisco Cerúndolo, 42nd, is the eldest of two brothers who have made their way with the racket.

At 23, he still lacks a pedigree, let alone on grass.

In fact, he only has one win on this surface, recently at Queen's.

He was looking for his first win in a Grand Slam match, after losing in the first round at the last Australian Open and last year at Roland Garros.

Nadal had a hard time getting rid of his natural habits, typical of clay, to hit more cleanly with his

Cerúndolo, semifinalist this year in Miami and Rio, did not let up, even feeling the weight of unconverted chances.

The Argentine did not even collapse after suffering the break in the third.

He let go and reversed the fate of the partial, taking advantage of his third ball to take it away.

His reverse forehand did a lot of damage, while Nadal lacked dynamism and made too many mistakes, particularly with his backhand.

Cerúndolo had four balls to go 1-4 in the fourth, but they escaped him and he saw how Nadal managed to get up and, with great determination, take a more fought victory than could be expected.