33 218 people. This is the new audience record for Sweden's women's national football team. - It is absolutely fantastic, you got shivers when you entered the arena, says Johanna Rytting Kaneryd to SVT Sport. 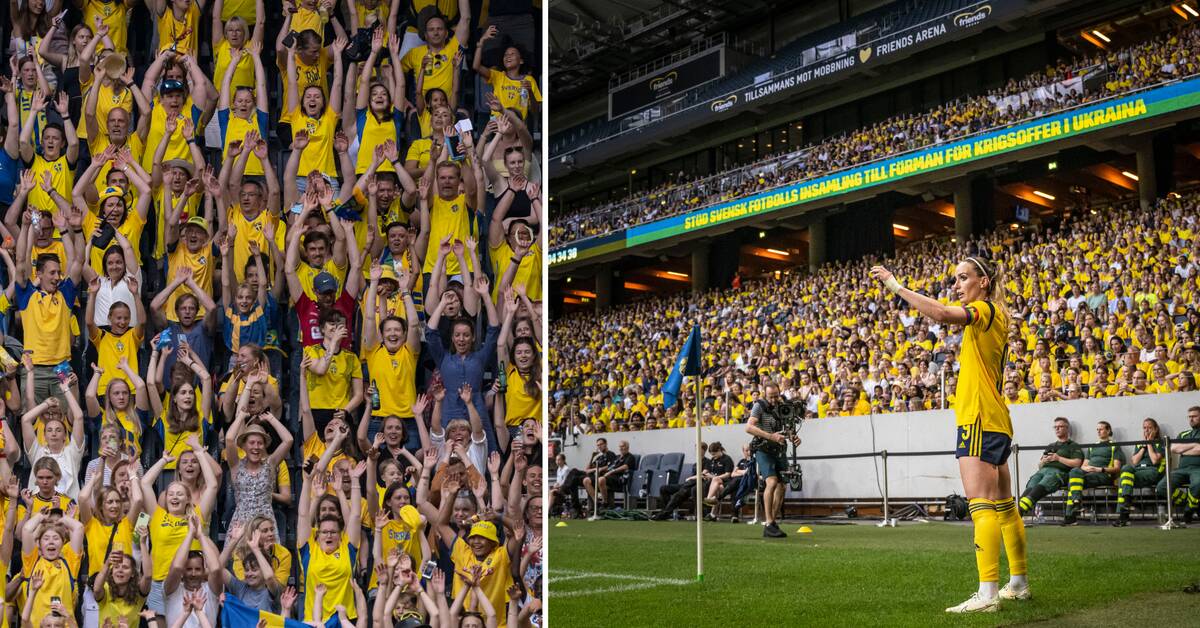 A record crowd was expected and there was a record crowd in Sweden's international match against Brazil at Friends arena in Solna.

In the second half, the official audience figure of the match was announced: 33,218 spectators.

The national team's previous audience record was 25,882 from an international match against Germany just over three years ago (April 2019) before the World Cup in France.

- It is absolutely fantastic, you got shivers when you entered the arena, there are so many fans in place, it just feels absolutely wonderful that it is such a great setting, says Johanna Rytting Kaneryd to SVT Sport after the match.

Sweden won the match 3-1 in front of the record audience.