10 names circulating in the summer transfer market, most notably Lapa, Khalfan and Kaio

10 names of the top players in the UAE league were associated with the current summer transfer market in preparation for the new season 2022-2023, and the sports scene was filled with many news related to many names nominated to leave their clubs and move to other clubs, amid silence from the clubs, in 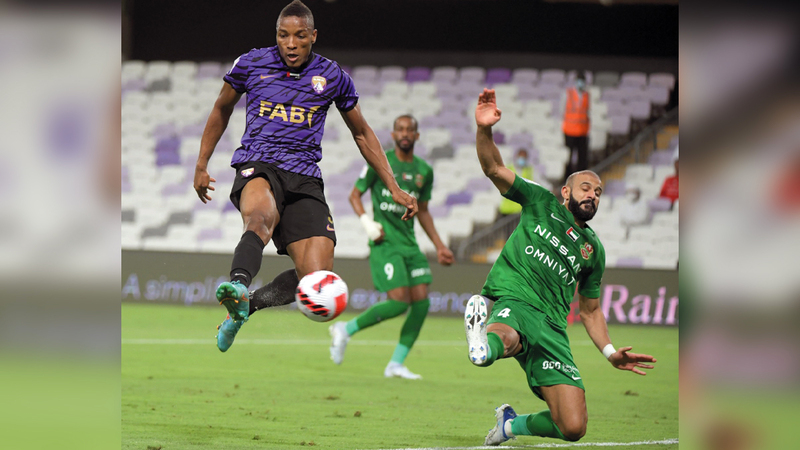 10 names circulating in the summer transfer market, most notably Lapa, Khalfan and Kaio

Laba Kodjo is required in the Saudi League.

10 names of the top players in the UAE league were associated with the current summer transfer market in preparation for the new season 2022-2023, and the sports scene was filled with many news related to many names nominated to leave their clubs and move to other clubs, amid silence from the clubs, while the players' agent Walid Al Shamsi confirmed, All that is being circulated from the names of candidates to enter the transfer market is not real, and its accuracy ranges between 30 and 40% only.

The name of the Togolese striker of Al-Ain club, Labacodjo, was put forward in the summer transfer deals, after the Saudi Al-Shabab club expressed a strong desire to obtain the services of the player who is still linked to a contract with the leader until the summer of 2024, as the Saudi club made an offer of five million euros, to obtain Lapa services, amid expectations that the Al-Ain administration will refuse the offer.

The Sharjah Club was interested in the Al Wahda wing, Khalil Ibrahim, to move to the King’s Castle next season, as it is reported that there is a reciprocal deal being prepared between the Sharjah and Al Wahda clubs, according to Khalil Ibrahim’s transfer to Sharjah, in exchange for Khaled Al Dhanhani, a deal that became the talk of the hour between the fans of the two clubs in the past hours.

In continuation of the desire of many clubs to benefit from the services of Al-Jazira star Khalfan Mubarak, reports have linked Al-Wahda to the Al-Jazira playmaker, most of the past season was absent from his team’s matches in the local league, as he participated in only five matches out of 26, and an average of minutes did not It exceeds 225 minutes.

Al-Wasl's connection to the summer transfer market was not limited to Zayed Al-Amiri, as Jordanian media confirmed that Al-Wasl club entered into negotiations with the Jordanian Al-Sarhan Club to contract with the player Ahmed Al-Arsan, during the current transfer period.

Al-Wasl is also competing with Ajman and Al-Wahda clubs to win the services of the Brazilian Al-Ahly youth player, Leonardo, who appeared with Orange in the last two seasons on loan from the Knights, to take advantage of his high capabilities in the field of the resident player.

And it was recently reported that Al-Ain and Al-Ahly youth are in the process of doing a reciprocal deal, the hero of which is Ahmed Jeshak, who played last season on loan to the Kalba Union, from Al-Fursan, in exchange for Al-Ahly youth to receive Caio’s services, and both Al-Wahda and Al-Jazeera expressed interest in obtaining the services of the Al-Ahly youth player. , Mohamed Gomaa (Pele).

For his part, the players’ agent Walid Al Shamsi said that this time of every season is witnessing a great deal of scattering of news related to player transfers, and the state of rumors will persist until the end of August, with the closing of the summer transfer window.

He added to "Emirates Today": "It cannot always be accepted that player transfers fall under rumors, but there is a correct percentage of contacts or a tendency to transfer some names to other clubs, and this percentage ranges between 30 and 40%."

He explained: “There are things, for example, that a person who works in the field of Emirati football cannot accept, for example, the transfer of Labacodjo to the Saudi Al-Shabab Club. In any case, his transfer is approved for five million euros, because the marketing value of the player is much more than this amount.”

He continued, "Unfortunately, there are some people without naming them who take advantage of sports platforms on social media to promote deals that are not real, in order to draw attention to certain players whose contracts with their clubs expire, and they seek to obtain the highest financial value in exchange for renewing their contracts or transferring them to other clubs."

Al-Wasl entered into negotiations with the Jordanian club Al-Sarhan to contract with the player Ahmed Al-Arsan.

Players nominated in the transfer market