Gabriel Landeskog is the only other Swedish team captain to lift the Stanley Cup. Now the Colorado player knows how it feels to be a champion. - My dream to win in this shirt, he says to SVT Sport. 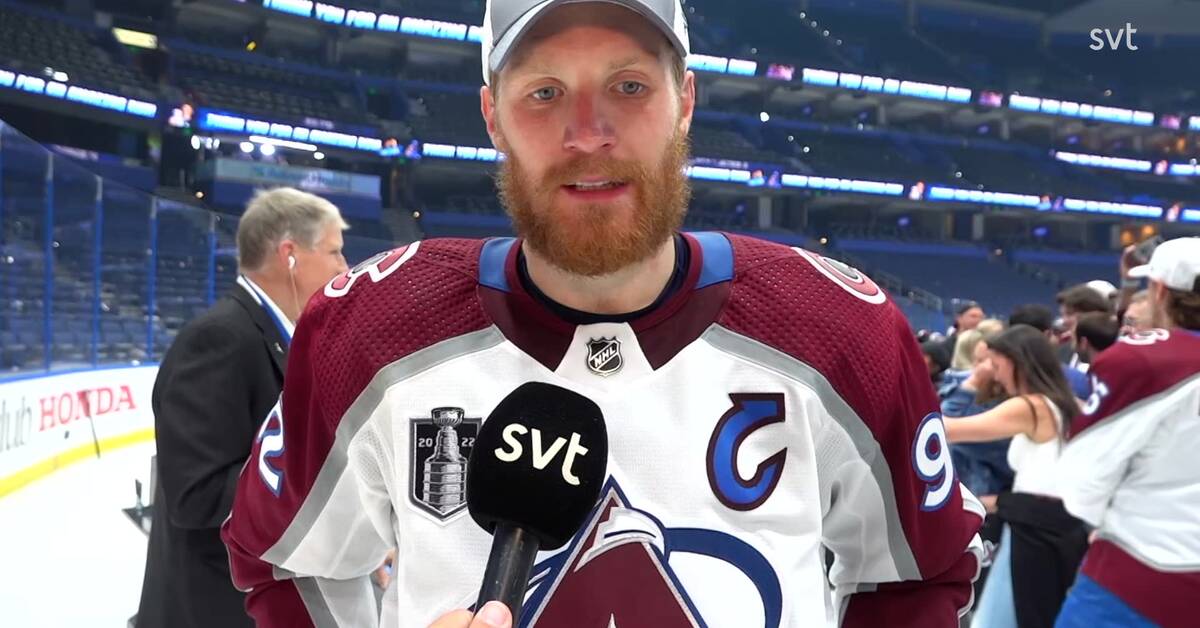 Gabriel Landeskog has belonged to the Colorado Avalanche since 2011 and has been the club's team captain since he was 20 years old.

This morning, Swedish time, the Stockholmer had to lift the Stanley Cup after Colorado won 2-1 in match six against Tampa Bay and a total of 4-2 in matches.

- It is absolutely wonderful, it is impossible to describe.

All the hard work put in over the years, it's a dream.

I had a poster when I grew up at home in Älvsjö with the 2001 Stanley Cup champion Colorado and when I was drafted by Colorado I said that it is my dream to win in this jersey.

Today we are here.

To beat Tampa in their building in match six, it's wonderful, Landeskog tells SVT.

Landeskog had an assist to the 1-1 goal and also played a big role in the final minutes of the match when he covered a shot.

The shot hit the skate rail, which flew off.

The captain was then forced to crawl to the booth.

through the ages to win the NHL playoffs after Nicklas Lidström led Detroit to victory in 2008. The key to winning the Stanley Cup?

- He has been here for a long time, he became captain at a young age and grew up in Avalanche.

I'm so happy for him.

We know how good a player and leader he is, I could not be happier, says general manager Joe Sakic to SVT.