UEFA President Guardiola and Klopp: The complaint is acceptable from workers who receive a thousand euros a month

If teams play fewer matches, they will get less money, so it is better for factory workers who earn 1,000 euros a month to complain, said Aleksander Ceferin, president of the European Football Association (UEFA). 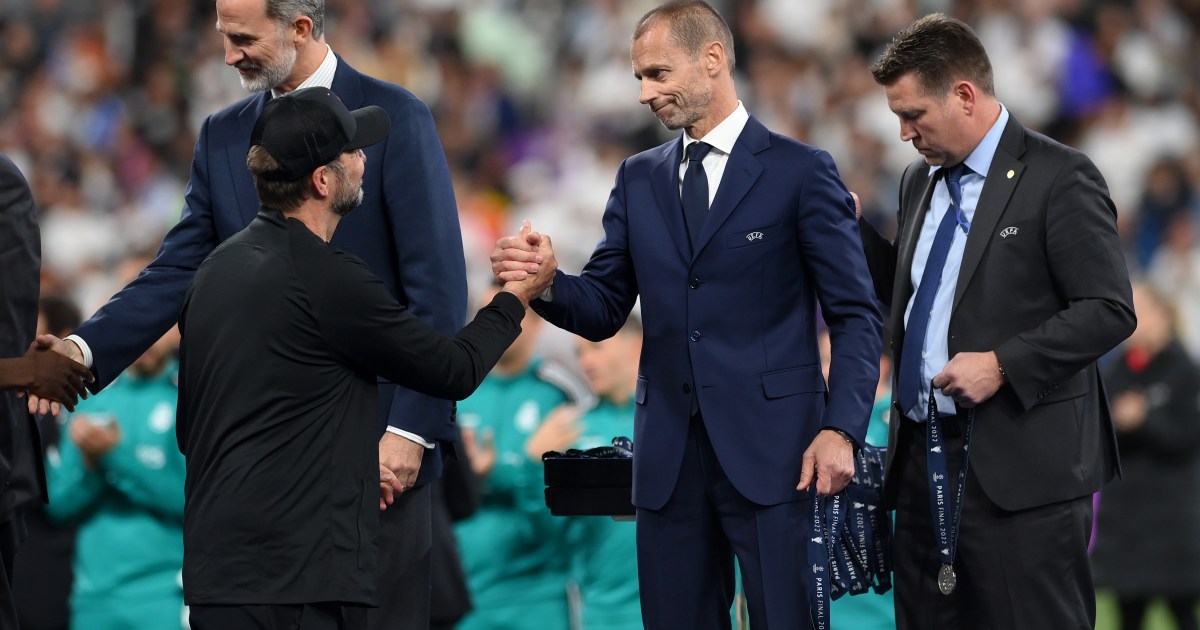 Slovenian president Aleksandar Ceferin said that if teams played fewer matches, they would get less money, so factory workers who earn 1,000 euros a month should complain.

In response to the statements of Liverpool coach Jurgen Klopp and Manchester City coach Pep Guardiola and their complaints about the large number of matches per season, Ceferin explained - in an interview with the newspaper “Gazzetta dello Sport” that “the leagues of 18 teams are more useful than the largest, and the establishment of two local cups. Too many for some."

Ceferin, 54, is not afraid of the possibility of taking legal action that would revive the "European Super League" championship, which was splintered from the Continental Union competitions, which was previously called for by 12 of the elite clubs in the old continent.

He continued, "Whatever the court's decision, it will not change anything... the project is dead because no one wants to participate."

Spanish football giants Real Madrid and Barcelona, ​​as well as Italy's Juventus, continue to seek to break away from the UEFA competitions, but the other nine rebellious clubs, including Manchester United and Liverpool, in England, have succumbed to European Football Association threats of the possibility of imposing severe penalties on teams participating in the Super League.

It was decided to transfer the issue of establishing the Super League to the European Court of Justice, where it is expected to hear it next month.