Leads major despite 28 minutes on the 16th hole

Chun In Gee looked to march to victory in the PGA Championship in Maryland when he reached the 16th hole in the third round. She made a double bogey and took 28 minutes to finish the hole. The lead is now down in three strokes before the end of the Congressional Country Club. 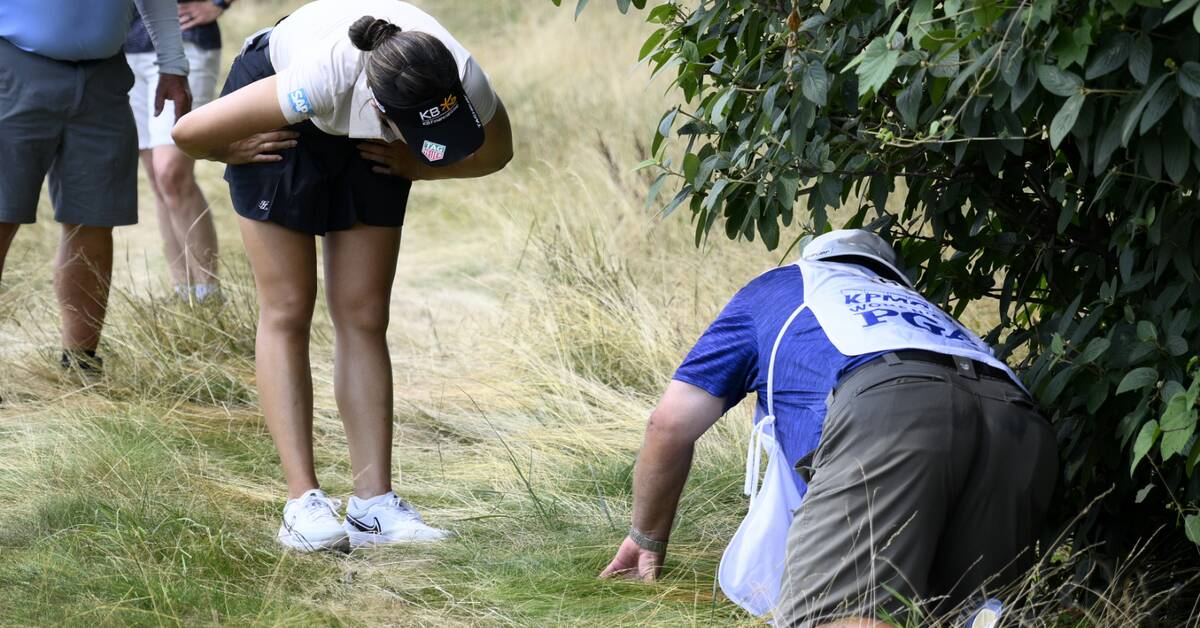 The South Korean took the mishap on the 16th par 5 hole with a smile.

- If it goes too easily, I feel that it is boring, she says according to AP.

Already after the first day, she led by five strokes after a 64-lap and it got tough on Saturday.

She had six kinds of lead before the 15th hole which gave a bogey.

Then came the difficult 16th hole, 516 meters long, and the big problems.

The ball ended up unplayable in a bush.

Chun In Gee was looking for the ball while an official was lying and crawling in the grass to try to find it without success.

She had to go back to the last tee and take a hit.

Could have been eight strokes

Then she hit the green and ended up in the rough but solved it with a nice chip and managed the hole in seven strokes (world runner-up Nelly Korda had eight strokes the first round).

In total, it took Chun In Gee 28.49 to clear the hole, which gives a timely hint of the difficulties she went through.

She had 75 strokes for the day.

- I look forward to an exciting final round already now, says Chun.

Anna Nordqvist played stably with 71 strokes and is split twelve.

She is seven strokes behind leading In Gee Chun but only four after the three split twos.

Madelene Sagström is 35th, ten strokes behind the lead.

The leader ball strikes out at 4.30 pm Swedish time.