Hinault to LeMond: the greatest betrayal and the most false armistice

An exact replica of the scenario that hosted the greatest betrayal and the most false armistice. The queen stage of the next Tour de France concludes in Alpe d'Huez and recovers the... 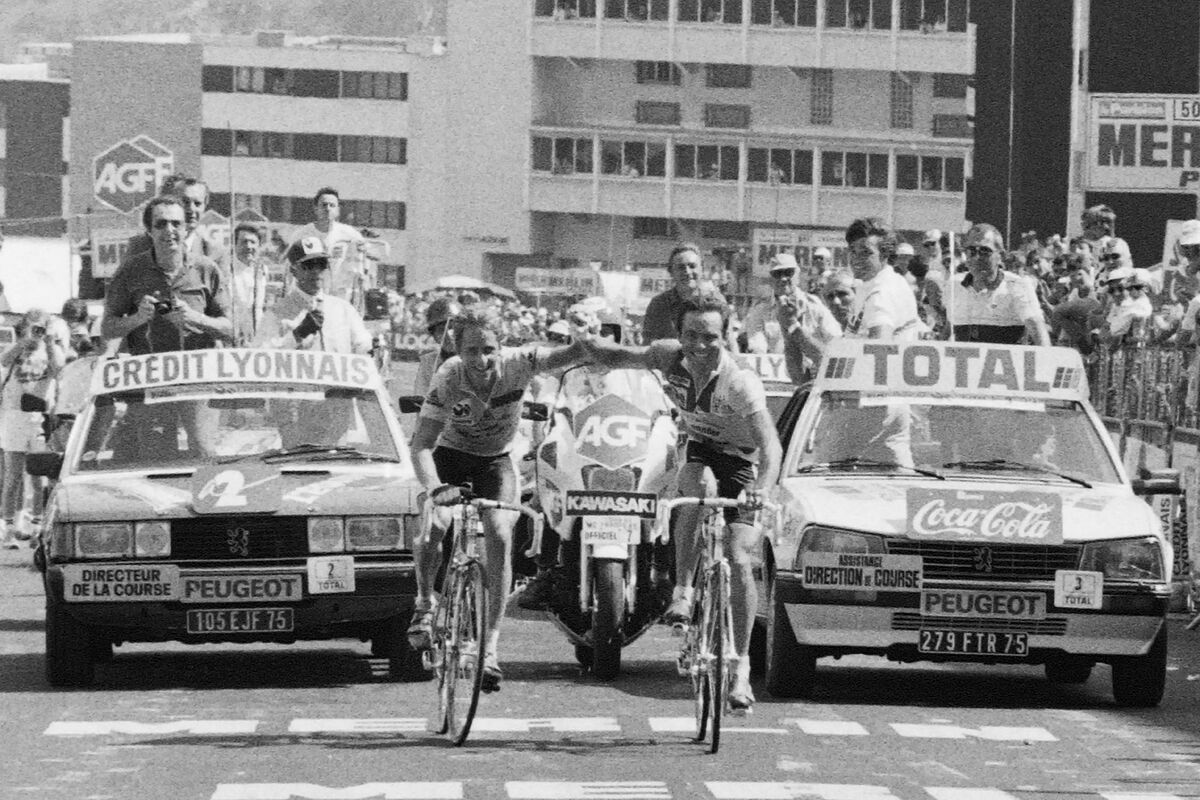 An exact replica of the scenario that hosted the greatest betrayal and the most false armistice.

The queen stage of the next Tour de France concludes in Alpe d'Huez and recovers the route of the day of July 21, 1986. Then,

, but failed in his challenge to surpass the record of triumphs in the Big Boucle.

A war of hierarchy, greed and disloyalty between partners.

Also an admirable exercise of resistance in the face of adversity.

The old against the young.

The Badger vs. The Monster.

The most tremendous stage, the 17th, started in Briançon and included ascents to the Galibier, the Télégraphe, the Croix de Fer and the

Just like the 12th round that will start in Copenhagen next Friday.

On those summits, the bloodiest civil war of the volcanic cycling of the 80s was waged. The ferocity of the veteran Hinault (32 years old) against the groundbreaking momentum of LeMond (25).

The Frenchman was facing his seventh participation in the Tour, with his balance of five victories and one second place.

Both were the banners of La Vie Claire, a multimillion-dollar squad financed by the controversial businessman

An excellent promotional platform for an ambitious businessman who later turned to football and to Olympique de Marseille.

Hinault would have promised LeMond that this Tour would be for him, as a reward for the help given in the previous edition, in which he won his fifth title.

Then, the team manager forced the Californian to stand up to avoid defeating the local idol.

But El Tejón did not fulfill his promise and in the Pyrenees he already began to do the race on his own.

In stage 11, ending in Pau, he broke away, overtook LeMond in five minutes and took the lead.

won , who aimed very high, but had to leave due to the death of his mother.

In the next appointment, Hinault, despite wearing the yellow jersey, broke the peloton with an offensive on the way to Tourmalet, but before reaching Superbagnères he suffered a bird that LeMond took advantage of to score the stage and recover the time lost on the day previous.

Then, in Granon, Hinault gave up three minutes and his teammate-enemy dressed in yellow.

The conflict between the two fractured the team into two parts, with some bewildered gregarious.

They say that Hinault used to get his own bicycle up to the hotel room for fear of sabotage.

''He has attacked me since the beginning of the Tour.

He hasn't helped me a single time,'' LeMond stated.

On the night before Alpe d'Huez, the Frenchman insisted to his team that they had to attack to eliminate Swiss

, second overall, one place ahead of him.

That offensive strategy unsettled LeMond, who feared losing the lead.

In the Galibier, El Tejón accelerated the march and in the descent he escaped.

The Frenchman was caught at the Télégraphe and shortly after, with Zimmermann already off the hook, he escaped again.

At the beginning of the Croix de Fer he was neutralized and before the top only the local idol and the American remained in the lead.

When they reached Bour D'Oisans, Hinault told LeMond that he was not going to attack him anymore and that he should get on the wheel during the ascent to Alpe d'Huez.

Hinault, arrogant, wanted to present the image of a generous champion who sacrificed himself for his leader.

Both, in a false representation, crossed the finish line holding hands.

Victory for the Frenchman, who regained second place because Zimmermann lost more than five minutes.

''I attacked from afar to punish our rivals,'' the Breton justified himself.

LeMond sensed that Alpe d'Huez was a paripé.

And his suspicions were confirmed when, after the podium ceremony, Hinault warned that the Tour was not yet sentenced, that the St. Etienne time trial and the

climb were still to come .

The leader could not believe what he heard.

In the end, the Frenchman could only steal 25 seconds in the time trial.

That was his last victory in the Tour de France before his retirement at the end of that season.

''Hinault obsessed over a sixth win, forgetting that without me he would never have gotten a fifth.

He created an unbearable climate,'' said LeMond, who has since emphasized his inner strength to overcome calamities in and out of cycling.

A year after the fratricidal battle he was unable to defend his title because, on a

at his father's ranch in California, he received more than 30 shots.

He saved my life by a miracle.

In 1988 he did not participate in the Tour either because of tendinitis.

After his withdrawal, he acknowledged that he was a hyperactive child and that he suffered sexual abuse.

This spring he announced that he has leukemia