Dubai Silicon will host the first e-sports event in October

The Dubai Authority for Integrated Economic Zones (Dies) has announced its readiness to host the first esports event during the month of October, in Dubai Silicon Oasis, the integrated technology free city. 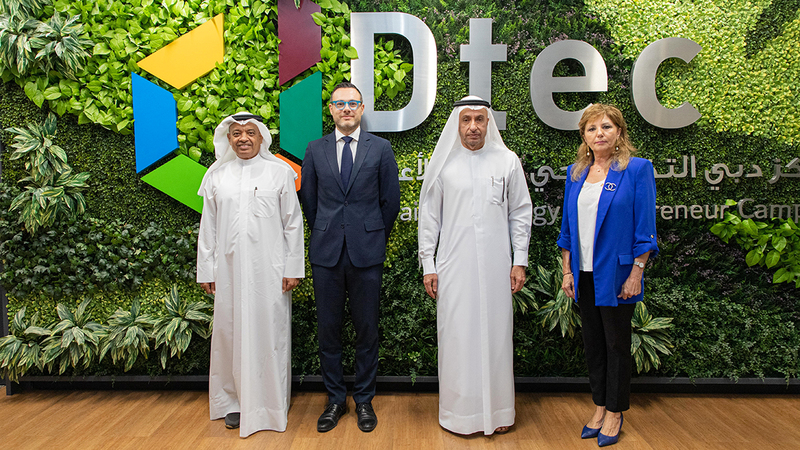 Al Zarouni: We aim to attract the sectors of the future and enable their growth and prosperity

Dubai Silicon will host the first e-sports event in October

The event is a joint collaboration between "Dies" and the "Sid" Consulting Company.

The Dubai Authority for Integrated Economic Zones (Dies) has announced its readiness to host the first esports event during the month of October, in Dubai Silicon Oasis, the integrated technology free city.

The statement stated: “The two parties have appointed (Sigma), one of the largest esports organizers and developers of artificial intelligence and blockchain applications, to hold the annual e-sports exhibition in Dubai Silicon Oasis, and the parties are working on studying the development of the (Esports Arena), the first of its kind in the region. The project plan will include the establishment of the first training and educational academy for the players and their families and all parties and institutions interested in this sector. Esports tournaments, and a gateway for young people wishing to develop their technical skills within a safe cyber community to share their knowledge and passion.”

For his part, Chief Executive Officer of the Dubai Authority for Integrated Economic Zones (DEEZ), Dr. Mohammed Al Zarooni, said: “DEEZ is working strategically to attract and enable the growth and prosperity of future sectors, in line with the vision of His Highness Sheikh Mohammed bin Rashid Al Maktoum, Vice President and President of the UAE. The Ministers and Ruler of Dubai, in strengthening the position of the Emirate of Dubai as the capital of the global economic future, and the gaming and electronic sports industry is one of the sectors that is witnessing remarkable growth globally, as the value of the global games industry reached 198.40 billion dollars in 2021, and it is expected to reach 339.95 billion dollars by In 2027, as for our region, expectations indicate that the industry will grow at a compound annual rate of 13.88% during the period between 2022-2027, and these statistics represent a qualitative opportunity for those involved in the gaming and esports sector, including developers, businessmen and investors.”

He pointed out: “In 2021, Dubai Silicon Oasis was assigned to be the center of knowledge and innovation, as one of the five major urban centers within the framework of the Dubai Urban Plan 2040. business and investors in this field.