Drove over Sundsvall - after three goals in eight minutes

Four goals scored in 30 minutes. Sundsvall was responsible for a huge collapse when they received Djurgården in the Allsvenskan restart. - It is probably our worst half in the Allsvenskan. We offer them four goals. It is division 7 level, says Sundsvall's Daniel Stenson in Discovery +. 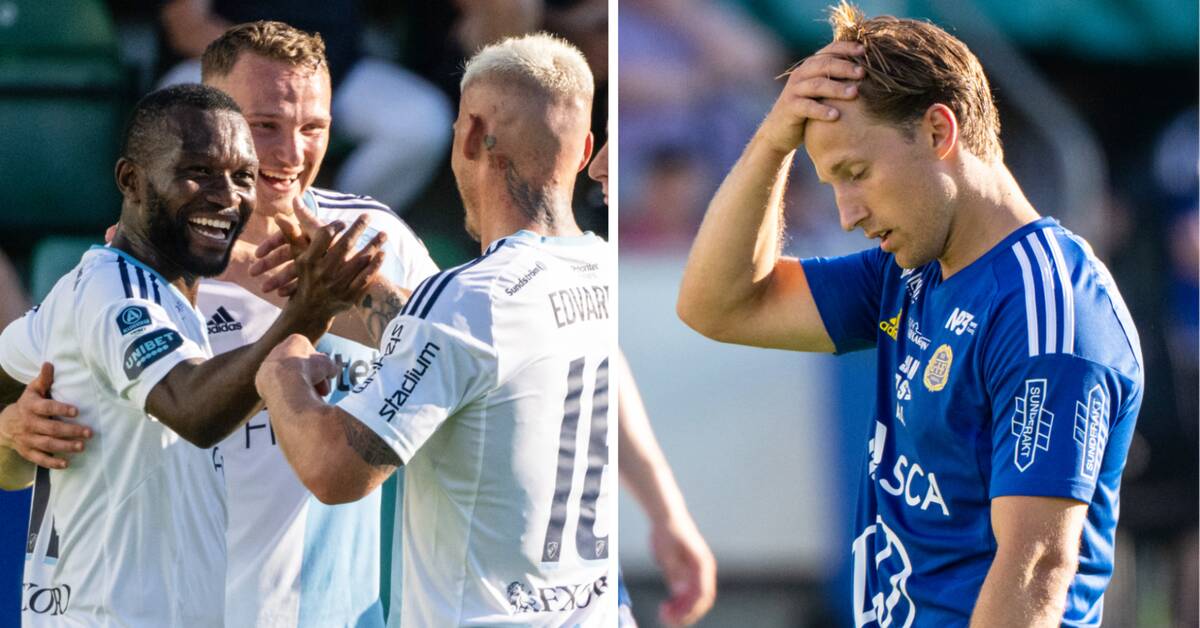 "Giffarna" has had a tough start to the Allsvenskan 2022 and places itself in the relegation zone after eleven games played with six recorded points.

And it would not get better when Djurgården came to visit.

However, Sundsvall started best and made it 1-0 after five minutes played, Ronaldo Damus nodded in the lead goal.

But the away team pressed and Hjalmar Ekdal, who made his national team debut in June, was responsible for the equalizer in the 14th minute of the match.

Sundsvall, who have conceded the most goals so far in this year's Allsvenska, would continue to concede goals.

In the 19th minute, Hampus Finndell played Joel Asoro who came free with Sundsvall's goalkeeper Andersson and was 2-1.

Built by the fans

Djurgården were not happy there.

With 38 minutes played, Victor Edvardsen nearly put the visitors another one up as he broke through in the middle and fired from just outside the box, but his shot passed just over the bar.

When referee Bojan Pandzic blew for a half-time break, the home team was booed by their own fans.

In the second half, the guests controlled the match and the half did not offer as many goals at all.

Emmanuel Banda increased the lead to 5-1.