Lee Jun-hwan, a 20-year-old South Korean judo athlete, defeated the Tokyo Olympic medalists and climbed to the top of the Grand Slam. After gold medalist Kim Jae-beom at the London Olympics, a 'surprise star' was born in the 81 kg class. 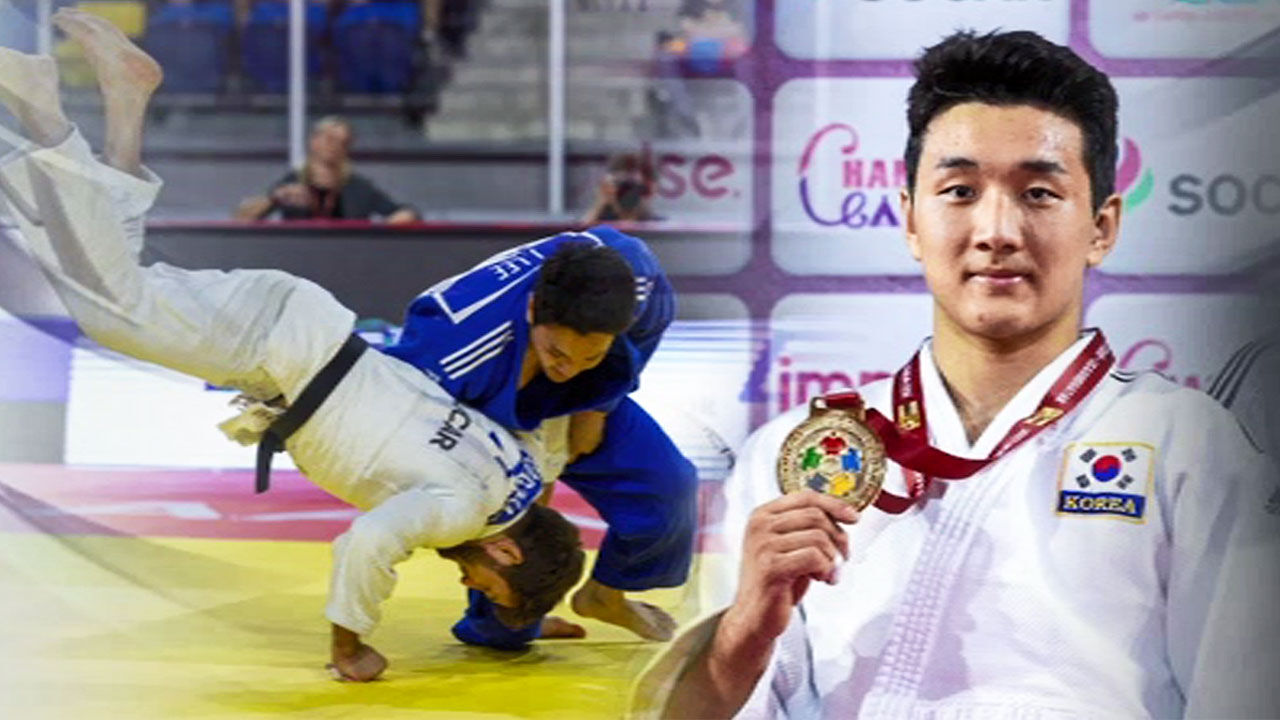 Lee Jun-hwan, a 20-year-old Korean judo athlete, broke through the Tokyo Olympic medalists and climbed to the top of the Grand Slam.

After gold medalist Kim Jae-beom at the London Olympics, a 'surprise star' was born in the 81 kg class.

At the beginning of this month, 20-year-old Lee Jun-hwan, who made his debut in the 'Grand Slam', an international judo competition, caused a stir.

He started off with a cool kick in the second round following the drop in the first round.

The third round was a turning point when I met Tokyo Olympic gold medalist Takanori of Japan.

Lee Jun-hwan, who faced a seasoned opponent with a vigor, made a win-win with about 40 seconds left in the end, and overcame the hurdle by defending half of what he had gained.

Lee Jun-hwan, who decorated the semi-finals with another win-win, did not hesitate in the finals as well.

He pushed hard against Tokyo Olympic bronze-medalist Austria's Borhaschvili, winning half of them with a lift in a minute.

After blocking all of his opponent's waves, Jun-hwan Lee stood tall on the podium with Olympic medalists on either side.

He revealed his prospects for the Paris Olympics by winning the 'surprise gold medal' in two consecutive Grand Slam tournaments in the 81kg class, which suffered from a downturn.

[Lee Jun-hwan / Judo 81kg national team: We will show you a more mature image in the next competition by not being conceited, but by making up for our shortcomings.]

Ukraine boycotted the event in protest against the International Judo Federation allowing Russian athletes to compete.