Abdirahman Ahmed struck with a dream goal against Degerfors

AIK talent Amar Abdirahman Ahmed gained the confidence from the start in the Allsvenskan's restart. Then the 18-year-old struck with a dream goal when he scored his first Allsvenskan goal. - I do not know what I'm thinking. I do not know how to talk… it is a nice goal, he says to Discovery +. 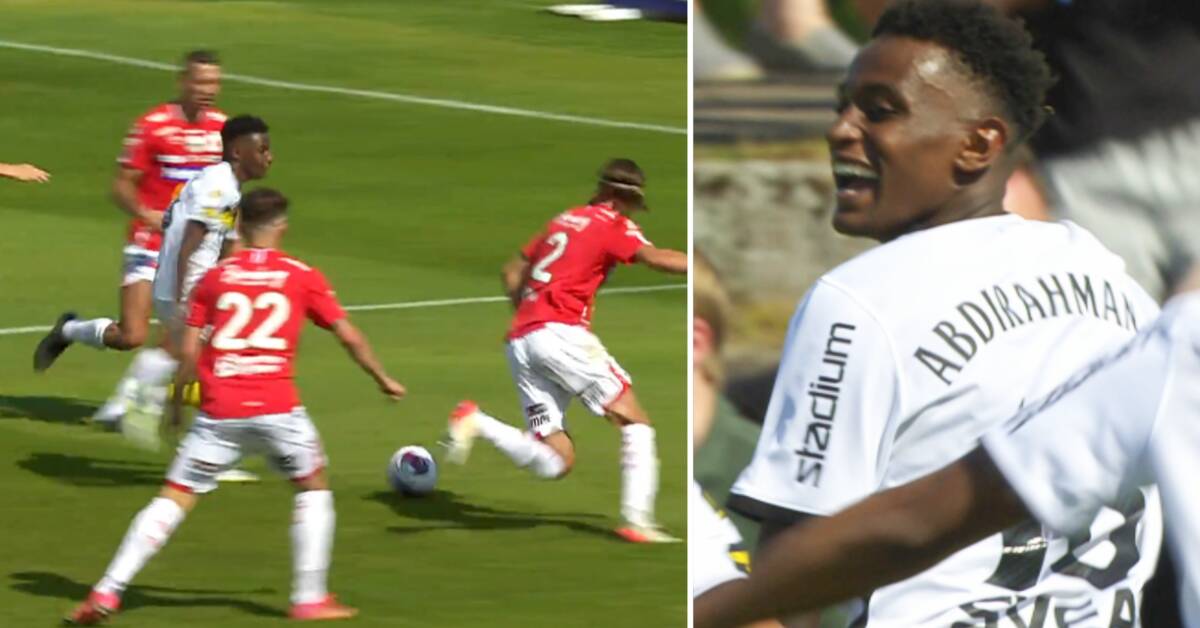 Nästjumbon Degerfors opened the match briskly in front of the home crowd at Stora Valla and 13 minutes in, Nikola Djurdjic gave Degerfors the lead.

In the 44th minute of the match, so did the dividend.

We have done well in the training and yes… check the goal!

I am involved in the game and get nicely into the surface, then I have players centrally that I can combine with, says the AIK talent to Discovery +.

It ended 1-1 and AIK is second and now has ten straight games without a loss.

Degerfors has two straight losses and is in the qualifiers.

See Abdirahman Ahmed's delicious goal in the player above.