Valverde's two and a half years of decompression: photography, music and emotional liberation

The cover of Frontera, Ernesto Valverde's latest photography book (Viandar de la Vera, 1964) captures a contained sorrow: a field of sunflowers, but all dead and... 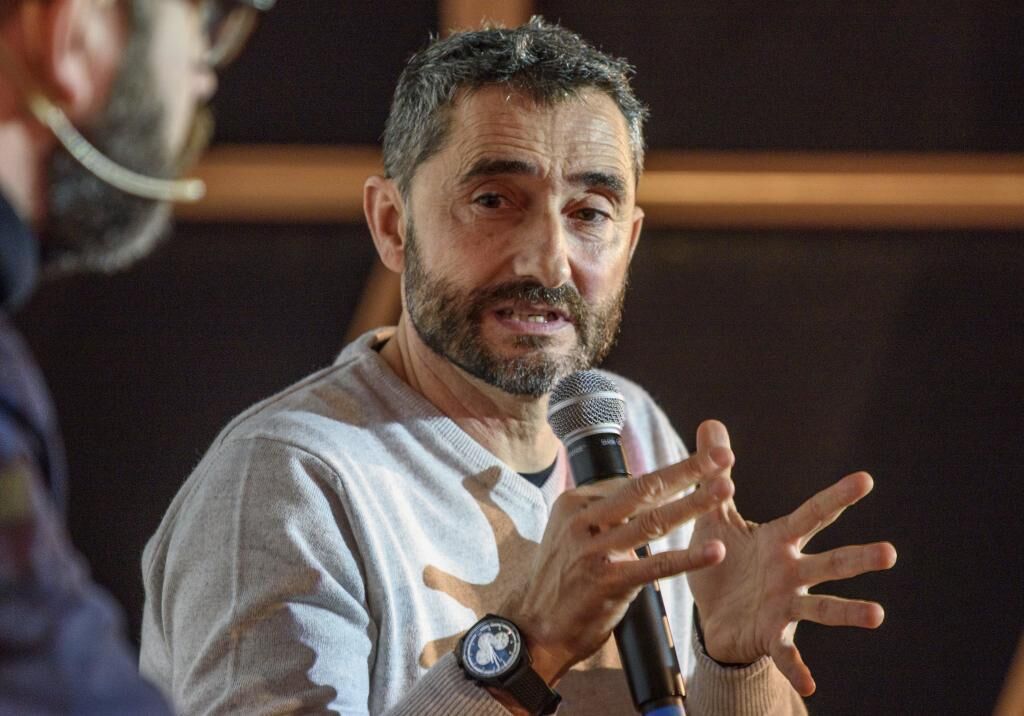 , the latest photography book by

(Viandar de la Vera, 1964) captures a contained sorrow: a field of sunflowers, but all of them dead and lined up like tombstones.

They appear crooked on a snow that offers no light.

instructed him as a footballer at Espanyol, Valverde has always liked images that express forcefulness in apparent repose.

The technician had two and a half years of decompression and emotional release.

Now, he will begin his third stage on the Athletic bench after

's victory in the presidential elections , a young entrepreneur who looks to the future clinging to the roots of the past.

Valverde was sacked by

, former president of Barcelona, ​​on January 13, 2020. He did so with the leading Barça first team in a League that has not won again, after losing to Atlético in a Super Cup semi-final of Spain in Saudi Arabia, and without having any substitute:

then rejected the proposal, and

, who has not trained any team again, had to go look for him at his cattle retirement in Santander.

Valverde won two Leagues and a Cup at the head of a team that was moving towards decrepitude.

They were titles that were celebrated with a small mouth and without making much noise, as if winning had to be taken for granted.

So it was easier for the coach, who concealed his growing regret at being part of a circus that he did not consider his, to become part of Barcelona's imaginary due to two landslides.

The eliminations in the Champions League at the Olympic in Rome and Anfield were his sentence, although it was executed months later and with the collusion of a locker room that he soon learned to miss him.

Valverde, meanwhile, did not protest.

Simply, he set out to enjoy some things that football had forced him to neglect.

He returned to the anonymity of his life in Bilbao, participated in photographic exhibitions (he is co-founder of the Bilbao Center for Contemporary Photography), spoke with anyone who needed admiration for the Japanese photographer

-there are the shadows of the Shinjuku neighborhoods-, played with the guitar together with old allies and did not skimp on bicycle rides.

Returning to the high competition and to the benches ceased to be the priority despite the fact that his agent did not stop receiving proposals.

The umbilical cord kept him tied to San Mamés.

Like Clemente, Valverde begins his third stage at Athletic (2003-05 and 2013-17) with the certainty that he will have the massive support of the fans.

The new president, Jon Uriarte, and another of the candidates,

, announced 48 hours before the elections that Valverde would be their coach.

Adding the support to Uriarte and Barkala, Valverde learned on Friday night that 64.8% of the members who voted agree that he be the one to try to return Athletic to Europe, a territory that the rojiblancos do not step on, precisely, since the departure of the

Bielsa, in this electoral campaign, even explained that he had compiled 580 actions by Alex Berenguer on video.

Valverde's method was never based on the obsessive study of football, but on the application of common sense.