The cycling team returned to the UAE after its successful participation in the Asian Track Championship in New Delhi and the achievement of a gold medal by cycling champion Youssef Mirza, who raised his Asian gold medals to 3 medals in the continental track championship. 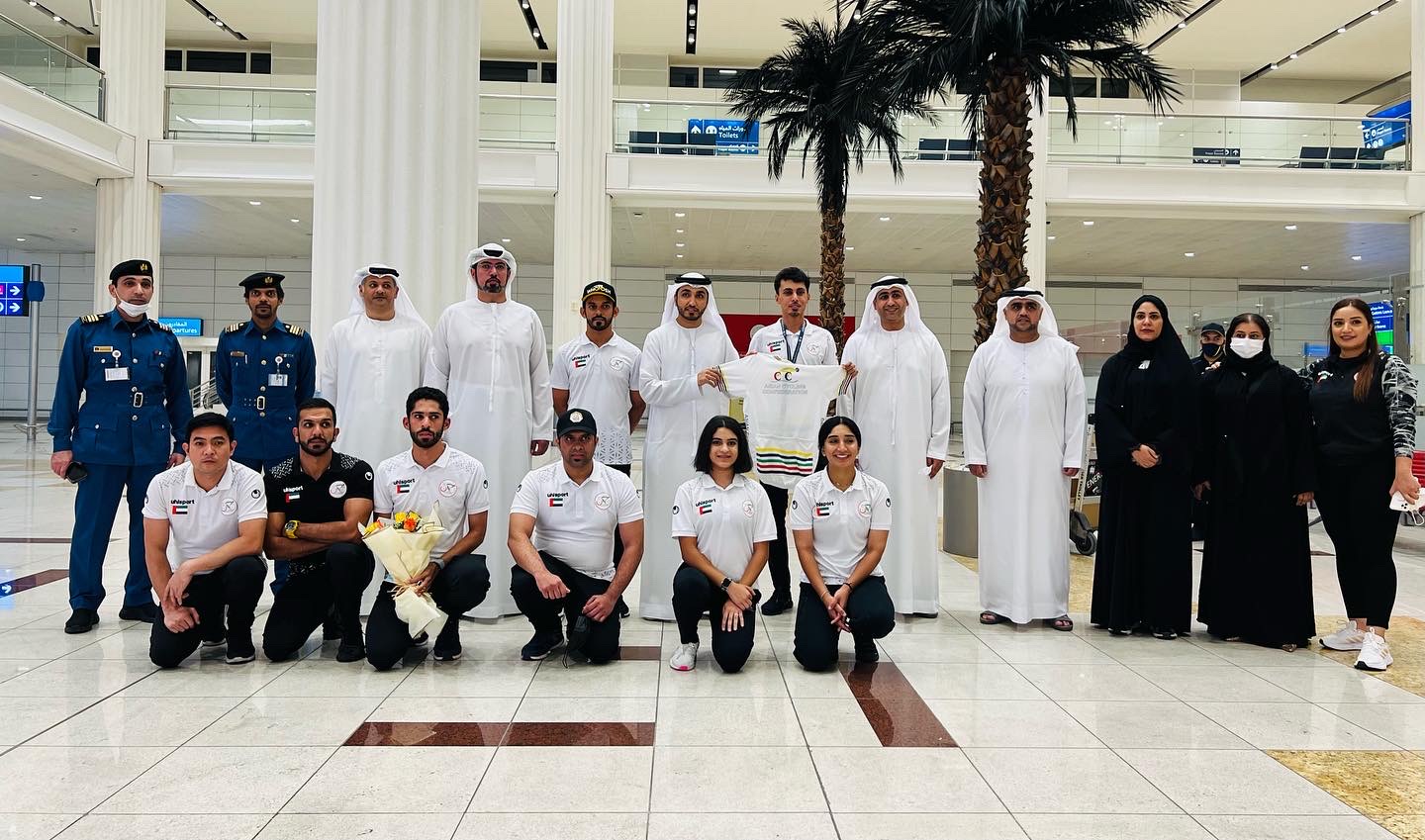 The cycling team returned to the UAE after its successful participation in the Asian Track Championship in New Delhi and the achievement of a gold medal by cycling champion Yusef Mirza, who raised his Asian gold medal to 3 medals in the continental track championship.

The cycling delegation was received by the Secretary-General of the Federation, Yasser Al-Doukhi, the Executive Director of the National Olympic Committee, Muhammad bin Darwish, the Director of the Competitive Sports Department at the General Sports Authority, Abdul Aziz Al-Hussan, Ghanim Al-Saidi, the Financial Director, and Ahmed Al-Mutaiwee, the advisor to the President of the Federation, head of the Marketing Committee of the Cycling Federation.

The President of the Cycling Federation, Mansour Bouaseba, stressed his happiness with the achievements of the Emirati bikes over the course of a whole season, and thanked all the riders, pointing out that now there is a golden generation led by Youssef Mirza, the maker of Asian joy and what the rest of the star team includes, in addition to a rising generation that includes An elite group of riders who will have a great future and are able to carry his competition flag.

Bu Osaiba told "Emirates Today": "The main goal at the beginning of the season was to prepare the national teams to participate in various tournaments, and the result is very satisfactory, starting with the Salalah Tour, the Arab Championships, the Gulf Games and its conclusion with the Asian gold, and the team will now begin preparing to participate in the Islamic Solidarity Tournament. in Turkey".

For her part, the head of the cycling team delegation, member of the Board of Directors of the Federation, Kholoud Al Dhaheri, praised the continental achievement and indicated that 5 cyclists from the UAE were able to keep pace with the Asian stars and strong teams such as Japan, Korea and other big teams and return with gold and at a wonderful level for the hero Hoda Hussein, certainly a great achievement to be reckoned with. Our golden team.