EXCLUSIVE - Noël le Graët: "If we win the World Cup, why do you want to change?"

Noël Le Graët is the new exceptional guest of Europe 1 Sport. From the town of Guingamp, where he is from, the president of the French Football Federation responded this Saturday to questions from the editorialist Jacques Vendroux and Cyrille de la Morinerie. An interview broadcast in full this Saturday in Europe 1 Sport. 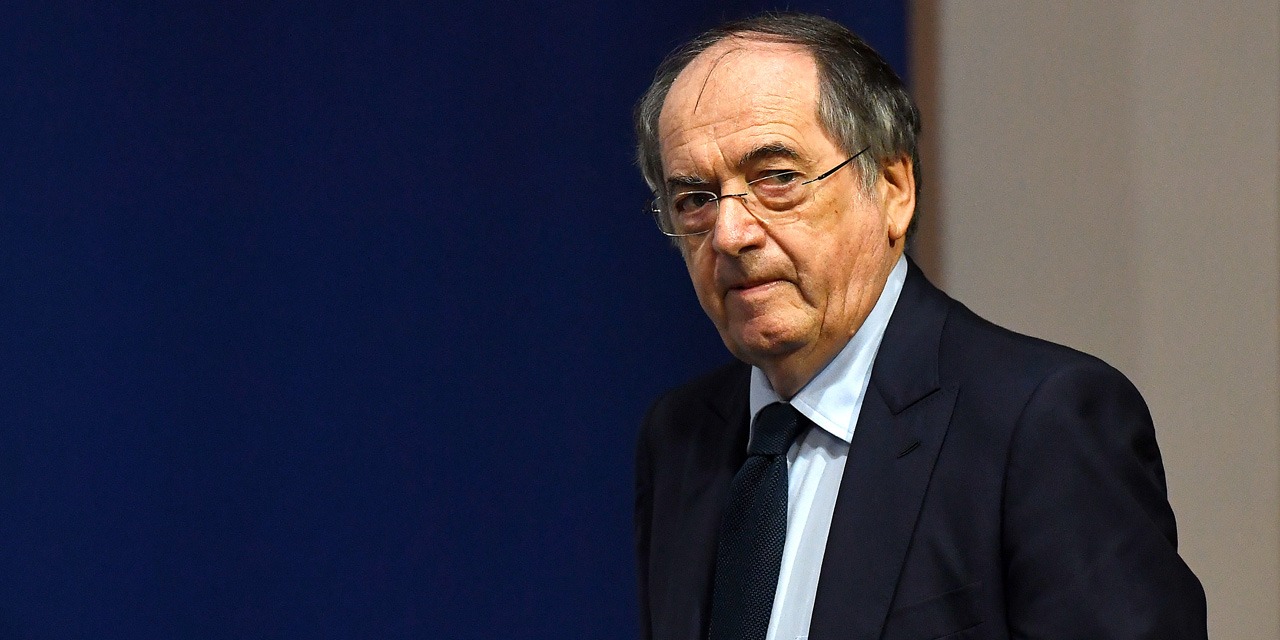 From the town of Guingamp, where he is from, the president of the French Football Federation responded this Saturday to questions from the editorialist Jacques Vendroux and Cyrille de la Morinerie.

An interview broadcast in full this Saturday in Europe 1 Sport.

President of the French Football Federation since 2011, Noël le Graët gave an exclusive interview to Europe 1. A few days before the start of the Women's Football Euro in England and five months before the World Cup in Qatar, the leader 80-year-old talks about the French women's team and its coach Corinne Deacon, but also the men's team, its counter-performances during the Nations League and the future of coach Didier Deschamps, who should be sealed after the world at the end of year.

On the status of the French women's team before the start of the Euro (July 6): "We are among the best"

"They are among the best teams in the world. If you take the world ranking, the United States are in the lead, but they don't make the European championship. Sweden must be second and France third, so we are in the best. With the current team, if we don't win this year, it will be even more difficult in the future. We have just gone fourteen games without defeat and the team is playing better and better. There is consistency in the group. There is an esteem for the coach and quite frankly, it's going well."

On the development of women's football: 'Consistent results'

"I had the chance to attend one of the first matches when I was elected, in Germany. I had noticed that our team was a little behind in equipment. We were perhaps not not be treated as well as the others. In return, we have changed things and the women's team, today, has a good standing and consistent results for several months already. Today we have licensees who have become important, we are above the pre-Covid figures. We must be at 210,000 it seems to me, so there is indeed a relatively strong impact at the licensing level. Each time a club, small or medium, create a football team, there are 50 more licensees."

On his support for Corinne Deacon: "If we change all the time, we don't progress"

"I believe that if we change all the time, we don't progress. Corinne has progressed a lot with her players. Today, her players value her. There is no conflict, there will always be words, But there is no major concern. She found the right tone. She also found the right formation and when I see her last matches, I assure you that there are very good actions.

On the responsibility of the FFF during the incidents which occurred at the Stade de France on May 28: "We do not yet know the truth"

"I let the five people responsible for security express themselves. If there had been any difficulties, I would have been present. But we were still used to organizing meetings of 80,000 people for 15 years. and there were never any incidents, even during the attacks. I think we were able to manage a period that is even more complicated than that. We don't yet know the truth, the exterior, the ticketing, all that is still going on. When you have the chance to host great teams like Real Madrid and Liverpool and we only remember the fights at the entrances the next day, it's a shame."

The World Cup every two years: "It's over"

"Gianni (Infantino, FIFA President) I see him regularly. I think it's over. I will remain a supporter of this, but for the girls because they don't have enough high-level matches. The continents need these national teams to rotate. For the boys, especially in Europe, there are already too many matches. But there are continents that do not have a match, who would have voted yes.. Lots of continents n don't have the quality of Europe, nor the money of Europe. Europe has made a lot of effort on the clubs, more than on the national selections. I regret that. I actually prefer that when we discusses the future of football, national teams are given more consideration."

On the bad matches of the French men's team: "The matches to come will be very important"

I believe that the matches which are going to be important are those of September because there will have been the holidays, the squads will be in place in all the clubs and Didier will have his squad on foot for the two matches at the end of September and there are no others.

There are no other games before the World Cup.

It comes quickly and therefore the two games to come will be very important.

I think the whole team, it's very strong.

I couldn't take a good look at the rankings, but we must still be third in the world, despite the defeats and the draws.

Brazil is ahead of us, Belgium too.

When we are full, we are very hard to beat.

On the future of Didier Deschamps: If we win, why do you want to change?

In July, we will spend a day together at Guingamp and we will discuss everything and nothing to prepare well for the World Cup and after the World Cup, who knows?

If we win it, why do you want to change?

If we have a very bad World Cup, there will be a lot of changes.

He's someone I really like and I think he loves me.

We do the World Cup and we discuss afterwards.

With him, we did not put a coin in the air.

We've been working together for ten years.

He is a man for whom I have extreme respect.

But the World Cup is a momentary value and therefore you cannot neglect the results of a competition like this.

If he arrives in the last four, he will have some chance to stay.

On tensions with Kylian Mbappe over image rights: It went really well

It was clearly arranged since I saw him alone.

I saw him afterwards with the other players.

So I saw him at Clairefontaine with the executives and then I saw the 25 players asking them the questions you are asking.