The revolutionary «rock and roll» by Jon Uriarte (Bilbao, 43 years old) has convinced the majority of Athletic members in a three-way election... 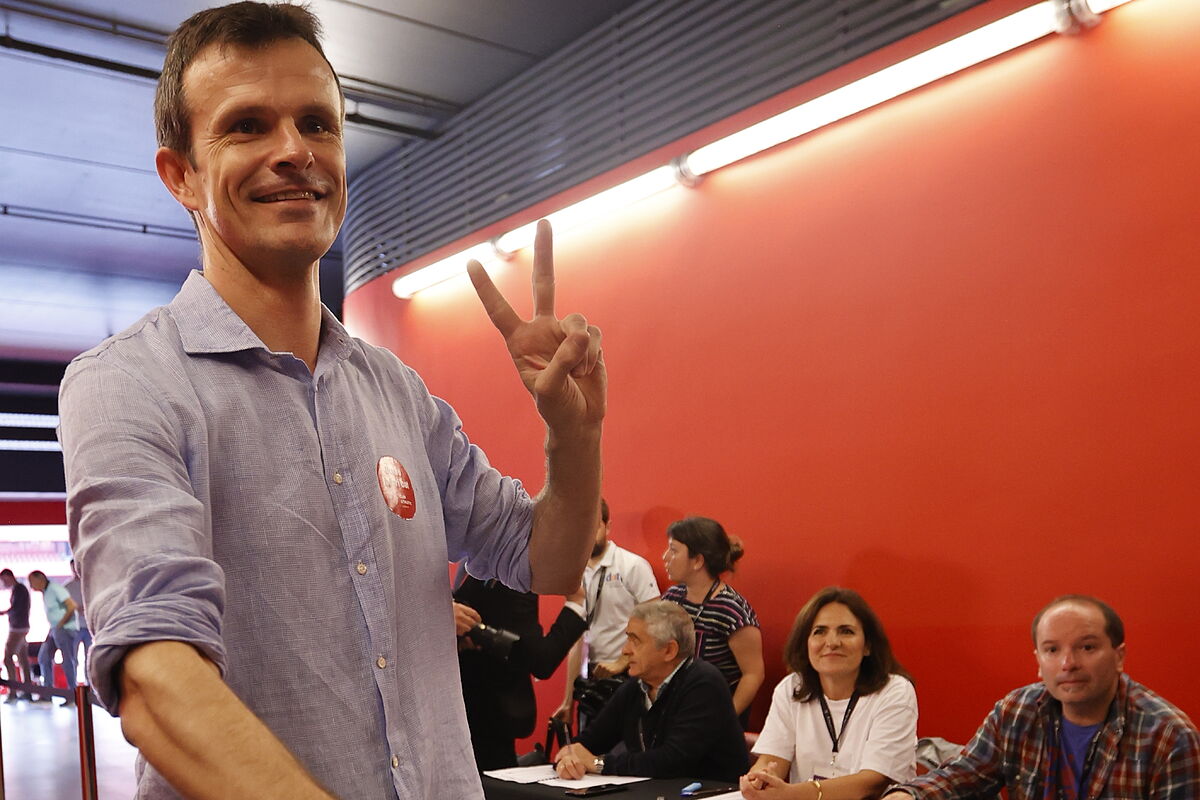 The revolutionary "rock and roll" project by

(Bilbao, 43 years old) has convinced most of Athletic's members in a three-way election charged with emotion and peppered with controversy in recent hours.

, two tough and experienced rivals who were the first to open the electoral contest, in the ballot boxes set up for the first time in the San Mamés football field.

Uriarte, a successful entrepreneur with training in the City of London, has Ernesto Valverde as coach of the first team and proposes far-reaching changes such as the payment of salaries to all club employees by objectives and the transformation of the Lezama facilities into a modern Soccer Academy, with the innovations that teams like Villarreal have already developed.

«We want an intense, brave game, go out to press, to steal the ball;

a rock and roll style of play instead of jazz”, Jon Uriarte has repeated for almost a month to scratch votes in a competitive electoral campaign with two tough rivals who until practically 9:00 p.m. yesterday saw themselves as presidents of Athletic.

At that time, when it was getting dark in San Mamés, the 24 ballot boxes were opened in which 22,689 members voted (56.36% participation) plus another 800 votes by mail, deciding how to face a change in a club with a very strong social mass but weighed down by a certain complacency.

Uriarte's comfortable victory, broader than initially expected after the intense campaign, places Athletic in the face of a revolution, although the Bilbao entrepreneur intends to make the signs of identity compatible with the transformation in management of a losing club since 2018, with annual losses close to 20 million euros.

as his coach, the same one that his rival Barkala also revealed at the same time.

A unique circumstance that placed the duel to three for the presidency in an election for the partners between two technicians:

The coincidence between Uriarte and Barkala came to present itself as an added advantage for Arechabaleta, the former general director of Vocento who announced Bielsa last Monday, the 20th, as Atletico coach in the 2011-2012 and 2012-2013 seasons.

In the first of these seasons, the Argentine led Athletic to the final of the Europa League and the Copa del Rey, but lost both 1-3 to Atlético and FC Barcelona, ​​respectively.

The coach now in the Círculo de Brujas was the pillar of the sports project until seconds after his presentation, homophobic and sexist photographs that he had posted on Twitter when he was 21 years old began to spread on social networks.

Uriarte's candidacy seemed to deflate last Tuesday with the scandal, but his "condemnation" of the messages, the breaking of the agreement with Aviña and the complaint that the campaign was being dirty with personal attacks penetrated among the fans who participated for 12 hours on an exciting election day.

Because in the outskirts of San Mamés, along with the unknowns about who would be the candidate with the most support, controversy arose between the candidates.

Barkala, a former councilor in Bilbao, pitched a tent with drinks on the esplanade next to the field, Arechabaleta criticized it and warned that they were trying to confuse it with poppets, and Uriarte came to vote with a suitcase.

It was 10:00 in the morning and Uriarte had already announced that inside him he was wearing the clothes with which eleven hours later he presented himself as the 33rd president of Athletic Club