Anthony Joshua: "Will beat Usyk and show that I am a legend"

This fall, heavyweight boxer Anthony Joshua lost all of his world championship belts. On August 20, he gets a chance for revenge against the champion Oleksandr Usyk. - When I defeat him, I will get the respect I deserve, says the British. 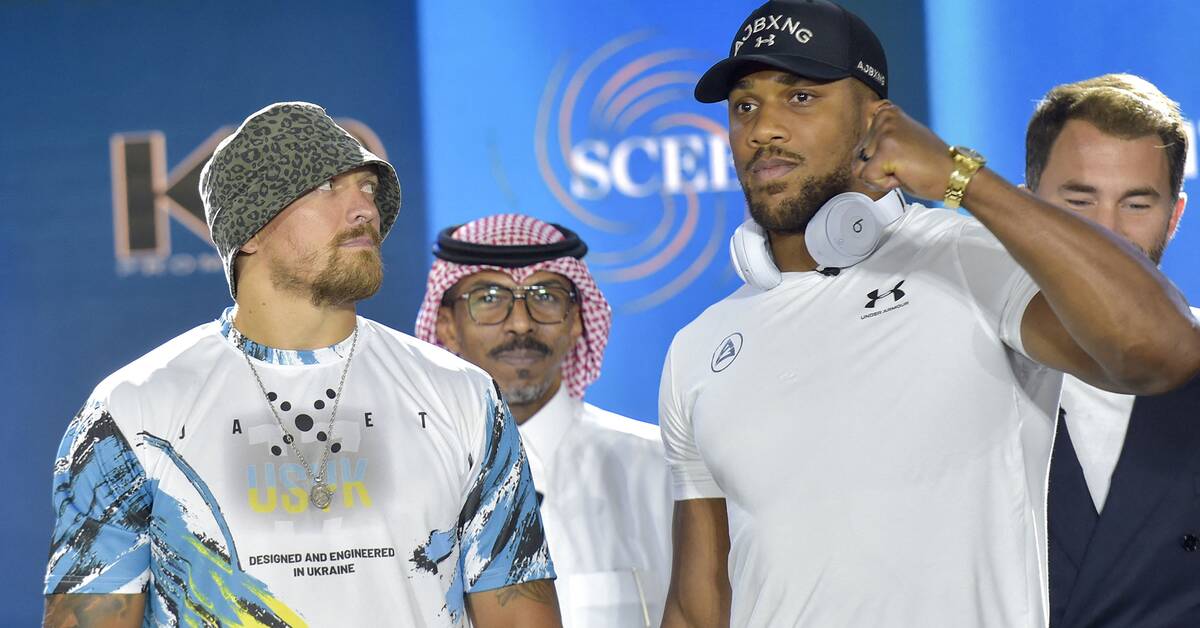 It was in September last year that Joshua lost his three World Cup titles at home in London in front of 67,000 spectators at Tottenham Hotspur Stadium.

A clause in the contract gave Joshua the right to a return match, and despite the fact that many advised against him, it is now clear that they will meet again in a large return meeting on August 20 in Jeddah, Saudi Arabia.

- I will adjust my mistakes from the first match and become champion again.

I think it is a fully possible task, says Joshua, who also changed coach after the loss last year.

- I feel that when I defeat Usyk I will get the respect I deserve and I will be seen as a true boxing legend.

"No good situation in Ukraine"

At a press conference in Jeddah, the two boxes came face to face again for the first time since last year.

In addition to talking about the purely sporting, the press conference contained a lot of tributes to the host country, but nonetheless discussions about the serious human rights situation in Saudi Arabia that have been the subject of extensive international criticism.

In March, Oleksandr Usyk received permission to leave his native Ukraine to begin training ahead of the meeting with Joshua.

- The situation is not the best at home in Ukraine at the moment.

But all I want to do right now is to train hard until the match and I intend to do that, he says.