A member of the board of directors of collective games in the Sharjah Club and supervisor of the handball game in the club, Jassem Mohammed, revealed the renewal of confidence in the technical staff of the first handball team to lead the team for the new season 2022-2023, and the renewal of all elements of the team, including the Tunisian international Mosbah Al-Sanei Mahtar. 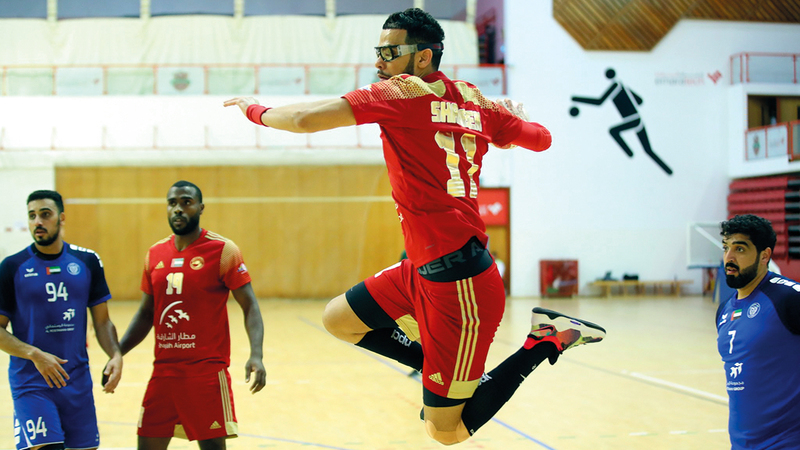 Jassim Mohammed: We seek to maintain technical stability and gains

A member of the board of directors of collective games in the Sharjah Club and the supervisor of the handball game in the club, Jassem Mohammed, revealed the renewal of confidence in the technical staff of the first handball team to lead the team for the new season 2022-2023, and the renewal of all elements of the team, including the Tunisian international Misbah Al Sanei, the professional team, The Algerian Zuhair Nayem and the Egyptian Mahmoud Fayez are registered in the categories of residents and newborns.

Jassim told "Emirates Today", "The renewal of confidence in all the elements of the first team, from the technical staff and players, is due to the efforts of the collective games management to maintain technical stability, and the gains achieved by the king's dominance and the full mark on all the titles of the 2021-2022 season."

He explained: "The handball control of Sharjah Club last season was an unprecedented achievement in the history of the game, not only at the level of the men's stage, but in the dominance of all the club's teams over the titles of the 11 championships available from men to buds, including the king's cubs in teams A and B ranked first. And the second in the league of their Sunni stage, so that the team games management, with the aim of preserving the gains, is going to renew all the elements of the game in the club, including the men’s team, with the ambition of continuing to reap the achievements.

He added, "We have a close relationship with Algerian coach Sofiane Haani, who has been leading the team since last season for a third term, after taking over the technical management of the 2015-2016 and 2018-2019 seasons. Bronze medal in the Asian Club Championship on two occasions, in 2018 and 2019 in South Korea and Kuwait.

Jassim pointed out that the early completion of the administrative procedures and the renewal of contracts facilitates the task in providing the requirements for good preparation for the next season. He said: “We look forward to providing all the means that ensure good preparation for the new season, which begins next September, in a season that witnesses for the first time the establishment of seven championships with the addition of The Elite Cup marked the conclusion of the 2022-2023 tournaments, and we hope that the King will be the champion of its first edition, in a tournament that brings together the champions of the rest of the other competitions.”

On the Asian merit and Sharjah’s ambitions to return to the continental championships and compete for its titles, Jassim concluded by saying: “We did not have enough time to participate in the Asian Championship, which will be held next month, due to the difficulty of finding professional players who can be contracted to support the king’s ranks, since the continental championships allow the participation of four professional players, Especially since the majority of this category of players are either on seasonal vacations after a long season, or they are linked with their clubs and national teams in continental and international benefits, but we are determined, and if the tournament is rescheduled at its previous date to be present in the next version, provided that all the ingredients that allow us to achieve Our goals of participation, which are exclusively represented in our ability to be a party in the competition for the title.”

Last season, the hand of Sharjah dominated the 11 championship titles available from men to buds.