The sun rises at the Széchy Pool in Budapest, home of the World Swimming Championships, and Andrea Fuentes is already at the water's edge, giving instructions to the United States synchronized team... 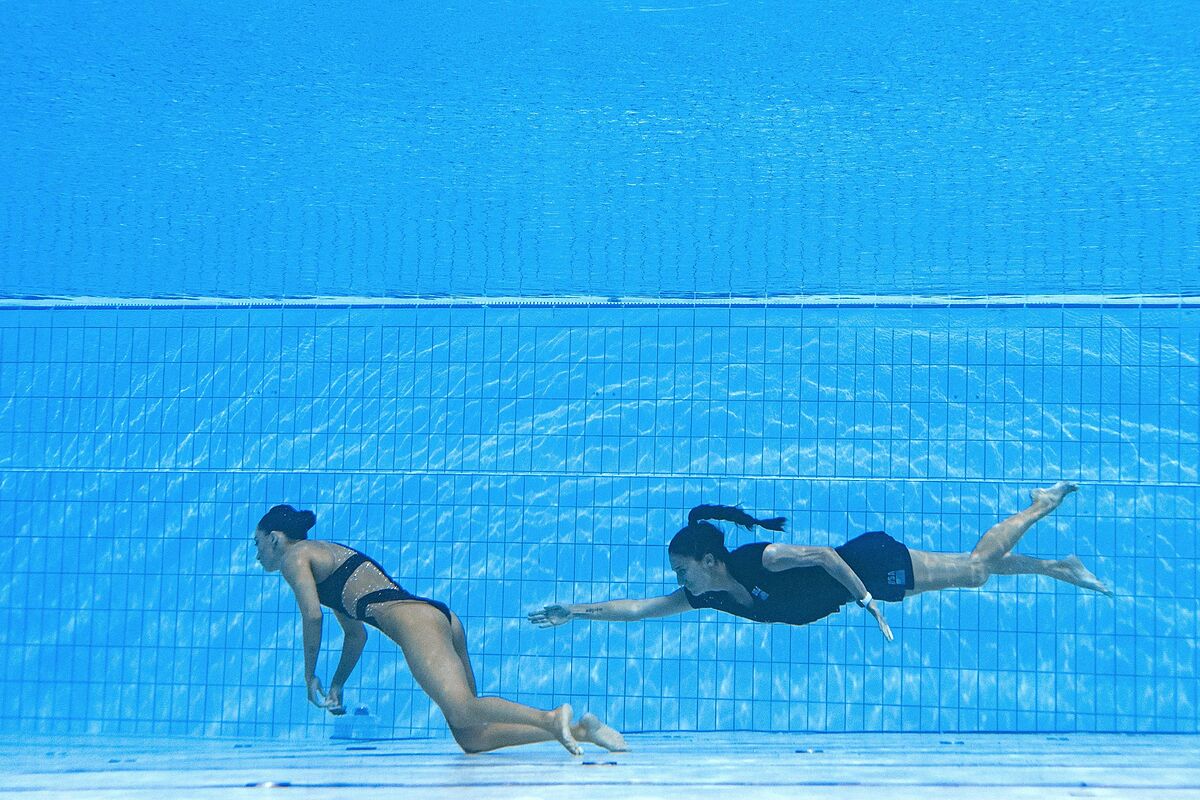 The sun rises at the Széchy Pool in Budapest, home of the World Swimming Championships, and

is already at the water's edge, giving instructions to the United States synchronized team.

The Spanish, four-time Olympic medalist, attends EL MUNDO hours after experiencing "a scare" that for her, in reality, was only "an occupational hazard."

One of her pupils,

, fainted at the end of her individual routine and she herself had to go to the bottom of the pool to rescue her.

Why didn't the lifeguards react? Look, days before I had talked about it with the delegates of the International Federation and they told me: 'The lifeguards are ready, you don't have to mess it up'.

But as soon as I saw that Anita finished the choreography and she didn't come out to breathe, I started yelling at them and they didn't react.

They were paralyzed, they panicked.

That's why I jumped and went as fast as I could to catch it.

Fuentes knew what was going on because he had seen it many times.

It had already happened to Anita herself in the past Pre-Olympic Games, but there was also a similar incident during the 2008 Beijing Games with the disappearance of the Japanese

"And in training? In training I won't say it's something usual, but it happens, it happens. In competition you normally have everything very tight, but in training you look for the limit a lot. In the end it's something more or less normal in the sport of elite: How many athletes or cyclists get dizzy when they reach the finish line?", exposes the current synchronized coach who does recognize a moment of fear.

When an athlete in apnea, whether he is a swimmer, water polo player or obviously a freediver, faints, taking him out of the pool and blowing on his face is usually enough for him to regain consciousness and spit out the ingested water.

Álvarez, on the other hand, had to undergo a brief resuscitation maneuver.

"When I took her out, she wasn't breathing and her jaw was super locked, but it didn't take long for her to return. Today [for this Thursday] she will rest and tomorrow she will try to be in the team event," says Fuentes.

What did Álvarez say to her when she came to? At first she was overwhelmed.

The lifeguards tried to compensate for her, they were on top of her and we had to tell them to give her space, that our medical team would take care of it.

Then she was a bit frustrated.

And I replied that she had shown herself to be an athlete without fear of discovering her limits.

Also that she didn't force herself so much again, of course.

You have to give everything except your life.

Álvarez finished seventh just behind the Spanish Iris Tió, a remarkable position for the American since in the last World Cup she finished eleventh.

According to Fuentes, in the hours after her fainting they did medical tests and no anomaly was detected that would force her to leave the World Cup.

"You don't want to leave here with a photo of her unconscious at the bottom of the water. Also, in the team routine she does many pirouettes and very few apneas, so she will surely compete," concludes the star of the golden age of the synchronized Spanish before going back to work.