Al Hilal finds itself in front of an opportunity to win the title for the third season in a row when the intense conflict with Al Ittihad is renewed on Thursday in the last meters of the Saudi Football League, when the teams return to the competitions for the 29th stage before the last after stopping for nearly a month. The competitions stopped for about 25 days. 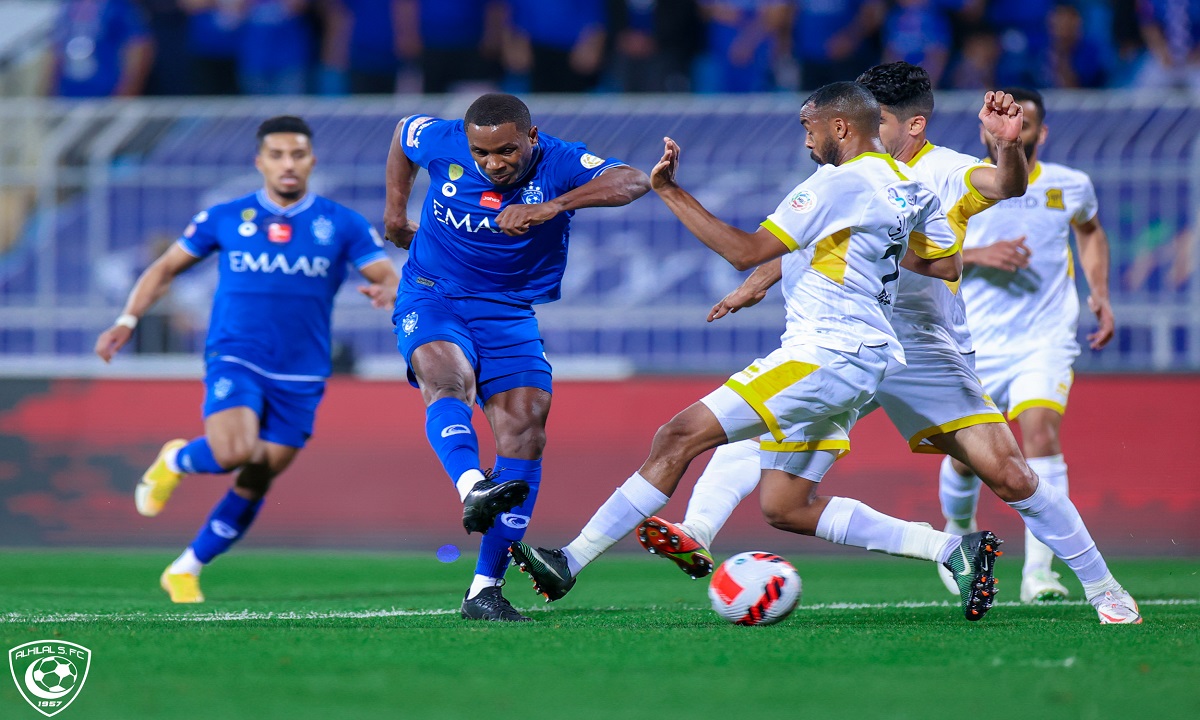 Al-Hilal finds itself in front of the opportunity to win the title for the third consecutive season when the fierce struggle with Al-Ittihad is renewed on Thursday in the last meters of the Saudi Football League, when the teams return to the competitions for the 29th stage before the last after stopping for nearly a month.

The competitions were suspended for about 25 days due to the national team camp in Spain in preparation for the World Cup at the end of this year in Qatar and the participation of the Olympic team in the AFC U-23 Cup, which won the title.

are equal on points (61) at the top of the standings, but Al-Hilal leads at the expense of its opponent thanks to the two direct matches (Fawzan), so the two teams realize that any stumble will destroy their hopes of achieving the title.

And it will be an opportunity for Al Hilal to be crowned without waiting until the last stage, in the event of its victory over its sixth host, Al-Fateh, in return for the fall of Al-Ittihad outside its home against Al-Ettifaq, the twelfth-placed player.

Al Hilal, the Asian champion, achieved four consecutive victories before the break to regain the lead and raise his hopes of strengthening his record in the number of league titles and raising it to 18.

Al-Hilal controls its fate, as its victory in the last two matches, which concludes the league at home against Al-Faisaly, will crown the team of Argentine coach Ramon Dias as a champion, regardless of the outcome of the Al-Ittihad match against its Al-Batin guest.

Al Hilal recovered some of its stars who were absent from injury during the last period, such as the Peruvian Andre Carrillo, the Colombian Gustavo Cuellar, Salman Al-Faraj, Muhammad Al-Buraik and the Korean Jang Hyun-soo.

Al-Fateh had previously defeated Al-Hilal at home 3-2 with a late penalty kick by Moroccan Murad Bhatna in the first match that brought them together in the league this season, so he hopes to repeat this and disrupt his opponent's last steps towards the title.

Al-Fateh misses the efforts of Batna and Algerian Sofiane Bendabka due to injury.

Al-Ittihad to hold on to hope

, for its part, Al-Ittihad missed an opportunity that was at hand to achieve the title, which it has been absent since 2009, after it failed to win in the last three matches with just one point, and fell in one of them 3-1 against Al-Hilal in particular.

Al-Ittihad, led by Romanian coach Cosmin Contra, played three friendly matches without winning any of them, losing to Pyramids of Egypt and Al-Ahly and a draw with Abha, in a clear manifestation of the decline in its level after it remained at the top for more than 20 stages.

What makes it difficult for Al-Ittihad’s mission at Prince Muhammad Bin Fahd Stadium in Dammam is the necessity of Al-Ittifaq winning its match in the battle to avoid relegation.

It occupies the twelfth place with 31 points, one point from the first places of relegation.

Schedule of matches for stage 29, which will be held Thursday, June 23 (all matches at one time at 10 pm UAE time):