'Saldink' Park Hang-seo, coach of the Vietnam national football team, made a surprise return to Korea to celebrate Nomo's 100th birthday. According to Park's management sign, DJ Management, director Park returned to Korea early this morning via Incheon International Airport with her wife to celebrate the birthday of her mother, Park Soon-jung. 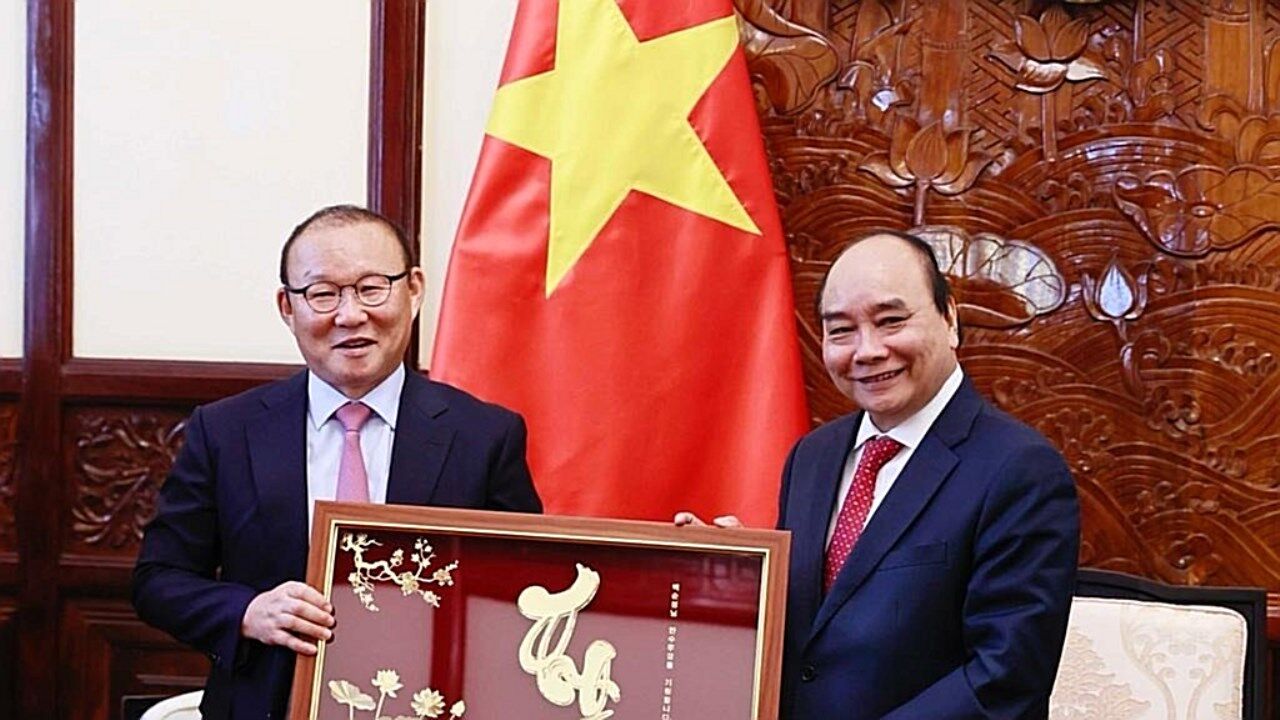 According to DJ Management, director Park's management sign, director Park returned to Korea via Incheon International Airport with her wife early this morning (21st) to celebrate the birthday of his mother, Park Soon-jung.

Ms. Park turns 100 this year, and Park is set to return to Vietnam early next month after spending time with Ms. Park.

The Vietnamese government prepared a luxurious gift for Park's mother, a national 'hero'.

Vietnamese President Nguyen Xuan Phuc met with Director Park in person and delivered a frame with the phrase 'I wish you all the best, Soon-Jung Park'.

Director Park has had a busy time in Vietnam.

Last month, he led the Vietnam U-23 national team to their second consecutive victory in the Southeast Asian (SEA) Games.

It was a more meaningful win as it was the last tournament in which Manager Park, who decided to focus only on directing the A team, led the U-23 national team and participated.

Currently, Gong Oh-gyun has taken over the baton of the U-23 national team.

On the 1st, coach Park led the A national team and played the A match against Afghanistan, with Vietnam winning 2-0.

Coach Park could not attend the 2002 Korea-Japan World Cup 20th anniversary event organized by the Korea Football Association because of the match against Afghanistan.

A DJ Management official said, "Director Park was very sorry that he could not see Director Guus Hiddink."