'National giant' KT Park Byeong-ho, 20 home runs for the first time in 9 years in a row

The 'resurrected home run king' KT player Park Byeong-ho has set a new milestone in Korean baseball history. For the first time in history, he hit a record of 20 home runs for nine consecutive years. 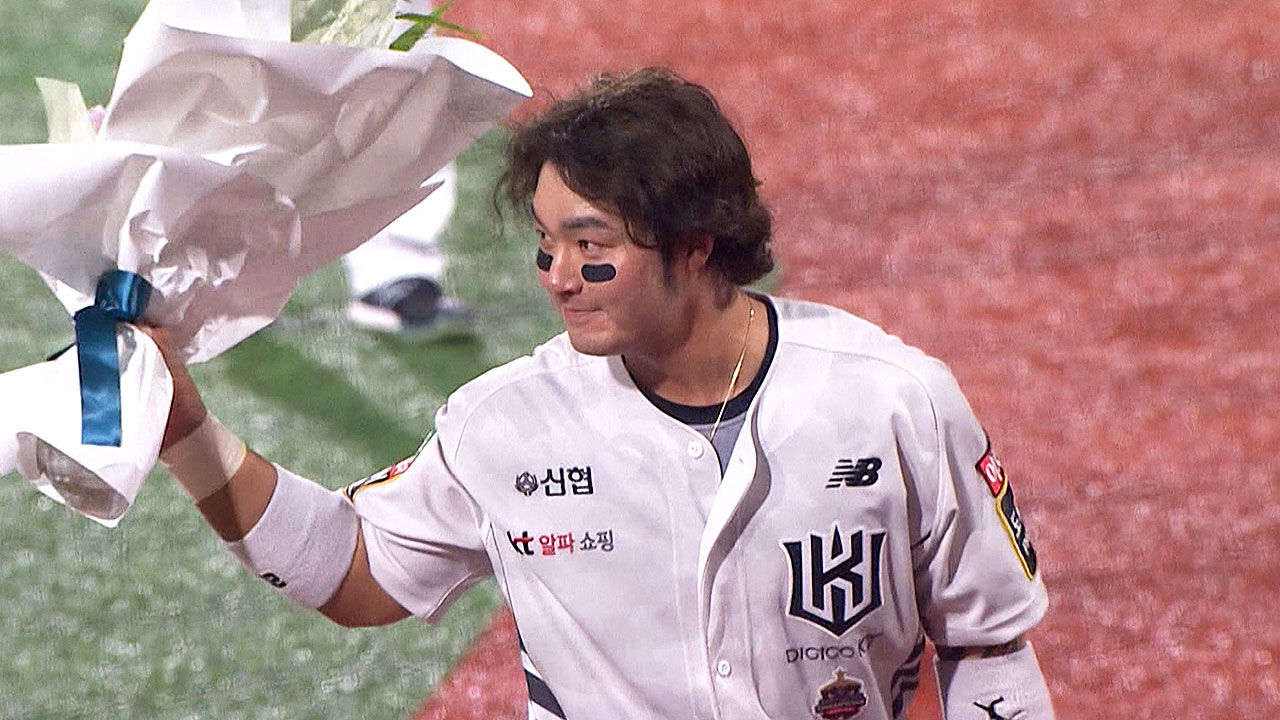 For the first time ever, he hit the 20-home run record for the ninth straight year.

Park Byeong-ho, who warmed up his bat with a single RBI and double in 4 NC matches, blew a historic hit 5 times.

NC second pitcher Kim Tae-kyung's body-side fastball was hit with a swing that folds and turns his arm, and he drew an extra-large solo arch that disappeared outside KT Wiz Park.

Also, the gap with second-placed Kim Hyun-soo was widened to 7 again, raising hopes of returning to the home run king for the first time in three years.

Park Byeong-ho, who celebrated the great record with a modest commemoration ceremony, hit a single RBI in the 6th inning, putting the key to victory.

KT, which added home runs from new foreign batter Alford and Kim Jun-tae, returned to a 50% win rate with an 8-1 victory.

Hanwha's new foreign pitcher Ramirez, who made his debut on the Korean stage, gave up four points without being able to last three innings and collapsed, falling into the swamp of the season's second ninth straight streak.

2nd place Kiwoom won a 4-3 comeback victory over Samsung with a back-throw from the bullpen, which played a goalless relay from the 4th inning, and Lee Ji-young's final blow in the 7th inning.

Leader SSG gave up 12 hits and 11 four-quarters to Doosan, and suffered a ruthless 16-2, leaving Kiwoom two and a half games behind.

KIA defeated Lotte 6-5 with Park Chan-ho-Kim Do-young, who played a great role with a good hit and a just-in-time hit at every turn, and escaped from a second straight loss.