LeBron James, an empire of 1,000 million in which the sun does not set

Every once in a while LeBron James comes off 'cruise'. He calls it that even if it's not by boat. He drives through the houses at dawn through which his mother and he bounced... 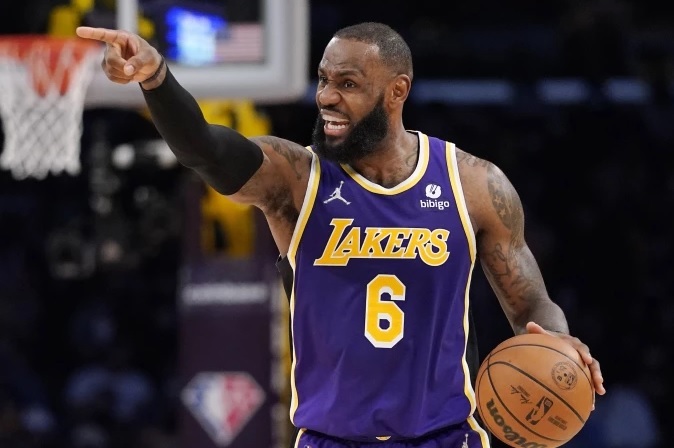 That's what he calls it even if it's not on a boat.

He drives through the houses at dawn that he and his mother bounced around when he was little.

He does not follow a fixed route because it would be impossible: only the course in which he turned eight they moved at least five times and he missed almost a hundred days of school.

LeBron has once said that he should have been a statistic.

He lived surrounded by statistics.

That nomadic life, borrowed on other people's sofas, lasted until, at the age of 12, they moved to SpringHill Apartments, a mass of Soviet air with more than 300 houses and a regular in the events section: according to the local press, it was only in 1991 that reported more than 200 crimes in the area.

For them it was his first home.

"That's where stability began. I knew that my mother would be there every day."

In those 30 square meters, James' life began to change.

That is why, when he founded his content production company, he baptized it with that name.

A few months ago, he sold a stake in a deal that valued the company at $725 million.

It is only a small part of his growing empire.

LeBron is the second highest paid active athlete in the world according to the Forbes list with 121.2 million dollars (41.2 from the Lakers and almost double for endorsements).

He is only surpassed

Since this year, his fortune has already exceeded 1,000 million, a border that

did not reach until 2014, more than a decade after retiring.

Jordan was the first player to become majority owner of an NBA franchise.

LeBron dreams of being the second.

And his preferred destination fits into the league's expansion plans: Las Vegas.

In his penultimate season with the Bulls alone, Jordan made more money than in the previous 12 combined.

LeBron has lived through an era of much more salary control, but of a bonanza that was unimaginable then.

as the player who has received the most in league history, just over 390 million dollars for 19 seasons.

He has signed another year with the Lakers for another 44.5 and retirement is not yet in sight.

James will turn 38 in December but, although since winning the ring in 2020 he has finally shown signs of being human, he is still one of the biggest stars in the league.

When he closes one of the best races in history, he will have won more than 500 million.

A day before being chosen as number one in the 2003

, LeBron James signed a contract with Nike for more than 90 million dollars for seven years.

Five times what the firm offered its great generational rival,

After a first renewal, in 2015 he signed a life contract with the American brand.

According to a report published by

in 2019, the Lakers forward is the highest paid active player in the sneaker market with more than 30 million per season.

, but far from Jordan's 130, who has his own subsidiary within the brand.

put it, LeBron's impact on this market "is like the second man to walk on the moon."

It's still something extraordinary, but it's not the same as the first.

His shoes work well, but they don't have the significance of Jordans.

That, like the first step on the Moon, is unrepeatable.

The signing of LeBron by the Lakers in 2018 was also analyzed as a step towards his career after basketball: Los Angeles had been the capital of his audiovisual empire for years.

Since 2020, The SpringHill Company umbrella has housed its content production company (SpringHill Entertainment, founded in 2007 to produce a documentary about its last year of high school,

More Than a Game

), its platform for athletes (Uninterrupted) and its marketing consultancy (Robot).

James calls a play by the Lakers.AP

From that conglomerate was born the insufferable remake of

, but also the recently released

), a much more notable film starring

Also documentaries of different luck about

, where sports stars talk about their businesses;

, where he announced his goal of owning a future NBA franchise in Las Vegas.

At the end of 2021, James sold a part of this conglomerate in a deal that valued the company at about $725 million, but he remains a majority shareholder.

estimates the portion of it at about 300 kilos.

In 2011, LeBron partnered with the Fenway Sports Group to pursue business opportunities together.

The name may not mean anything to many fans, but this company is one of the giants of world sport: it owns teams (Liverpool, the MLB's Boston Red Sox, the NHL's Pittsburgh Penguins), stadiums (Anfield, Fenway Park) and even television networks (NESN).

In that first deal in 2011, James took a small percentage of Liverpool shares (it is estimated that around 2%) valued at around 6.5 million.

A decade later, the consulting firm KPMG estimated that the price had shot up to around 52, eight times more.

Last year, he exchanged it for a block of shares (1%) of Fenway.

Those ties with Liverpool explain why he was in the Parc des Princes following the Champions League final against Real Madrid.

But what's important are the ones he has with Fenway, because they could be his path to owning an NBA team.

The average value of a franchise is about 2,500 million dollars (from 5,800 for the New York Knicks to 1,500 for the Memphis Grizzlies), and that price will rise even more when the new television contract is signed, which would take effect in 2025.

That value will also mark the price of the entry fee for future franchises, now that expansion is no longer taboo in the NBA.

A few weeks ago Commissioner

already warned that those 2,500 million that have been talked about is a "very low" figure.

Any move by LeBron in this regard must be with an investment group behind it.

Before the 2008 Beijing Games,

Dr. Dre for a dozen of these new headphones they were working on.

James, against Toscano-Anderson, during a game against the Warriors.AP

At a time when the arrival of the stars to the stadiums began to become a fashion show followed live on social networks, the idea was for LeBron to give one to each member of the United States basketball team.

The most talented team from the Dream Team landed at the biggest sporting event on the planet wearing these distinctively designed headphones.

It was the great takeoff of the brand.

It was never known what percentage of shares LeBron had, but when Apple bought Beats in 2014 for 3,000 million dollars, a spike went into his pocket.

must be added businesses such as the resurrection of the Cannondale bicycle brand;

Cup by cup, a billion dollar empire on which the sun never sets.