FIFA President Gianni Infantino has warned Canada, Mexico and the United States to prepare for a football "invasion", following Thursday's unveiling of the 16 host cities for the 2026 FIFA World Cup. 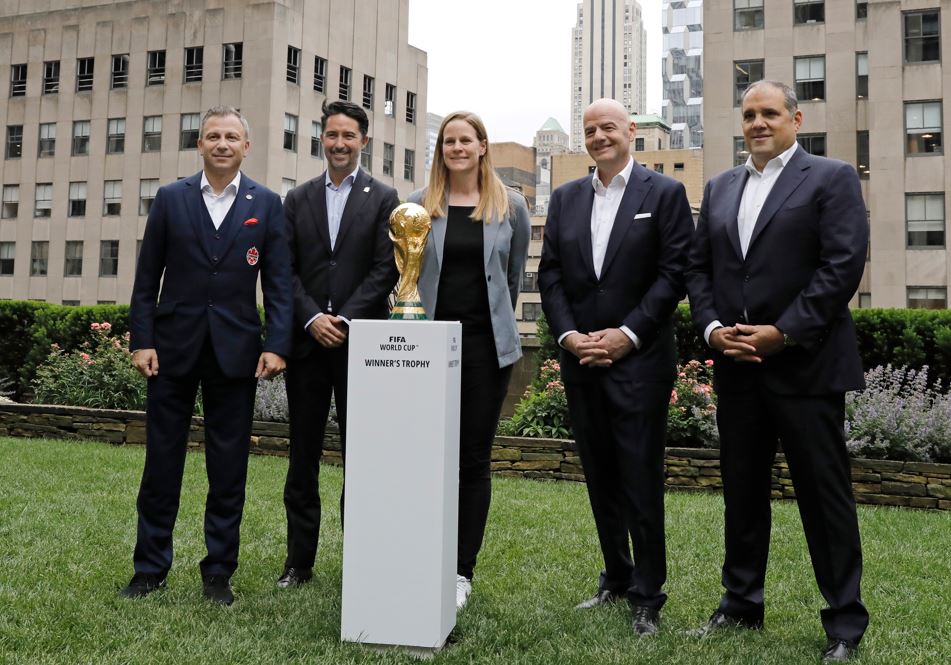 FIFA President Gianni Infantino has warned Canada, Mexico and the United States to prepare for a football "invasion", following Thursday's unveiling of the 16 host cities for the 2026 FIFA World Cup.

The first edition of the World Cup, hosted by three different countries, will also see a record number of participating teams, as the number increased from 32 to 48 teams with the return of football to North America for the first time since the 1994 finals.

Of the 16 stadiums identified yesterday, 11 are in the United States, three in Mexico and two in Canada.

All US matches will be held in the stadiums of the American Football Clubs (NFL), with nominations for the final to be held at one of the five billion dollar “Sofi Stadium” in Los Angeles, or the “MetLife” stadium of the “New York” team. Giants, which has a capacity of 82,000 spectators in East Rutherford, New Jersey.

Sixty of the 80 matches in the finals, including all the playoffs starting from the quarter-finals, will be played in stadiums in the United States of America.

The famous "Azteca" stadium in Mexico City, which hosted the final matches of the 1970 and 1986 World Cups, was included in three Mexican stadiums, along with the cities of Monterrey and Guadalajara.

Vancouver and Toronto will host Canadian matches in the tournament.

In the meantime, Infantino indicated that the 2026 World Cup would surpass in all respects the 1994 finals in the United States, which holds the record for the highest attendance. The Swiss-Italian said, "It will be much bigger (World Cup) 2026. I think that this part of the world does not realize what It will happen in the year 2026. These three countries will turn upside down and then turn again. The world will conquer Canada, Mexico and the United States. They will be invaded by a great wave of joy and happiness."