Minho Jo, who scored the first goal in Korean ice hockey history at the Pyeongchang Olympics, died yesterday at the age of 35 after a battle with lung cancer. The ice hockey world is in great sorrow. 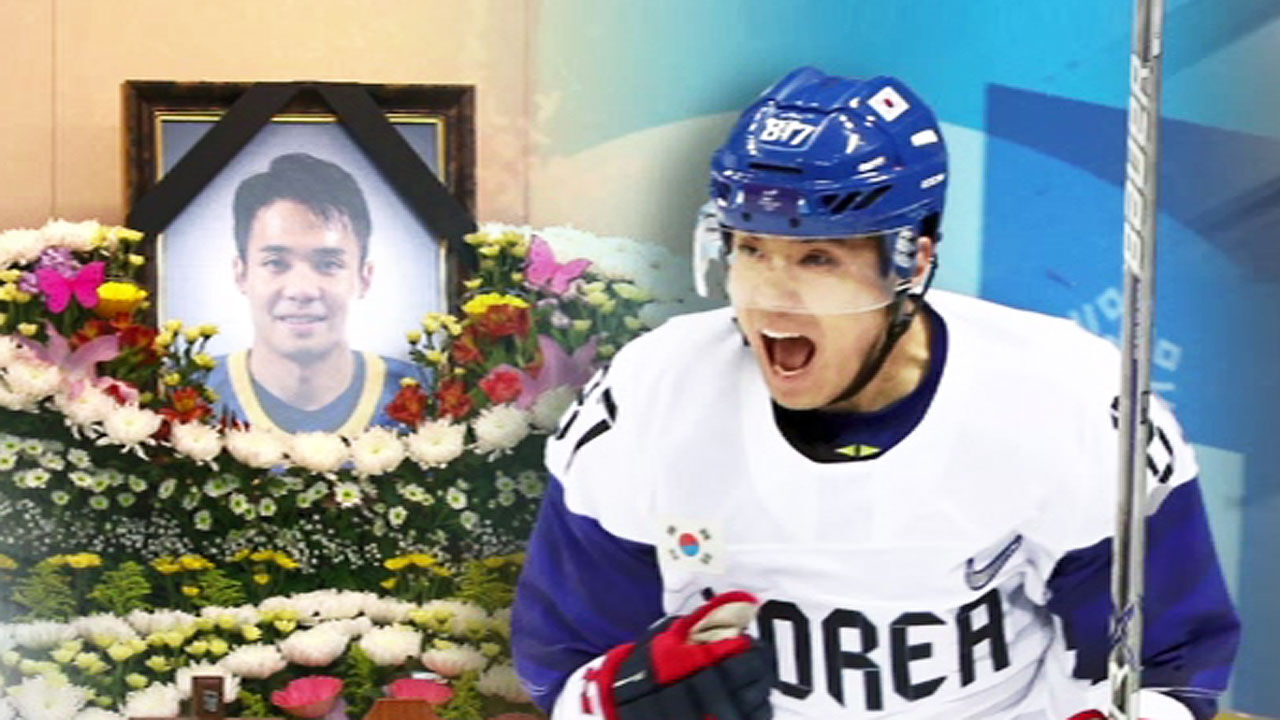 Minho Jo, who scored the first goal in Korean ice hockey history at the Pyeongchang Olympics, died yesterday (15th) at the age of 35 after battling lung cancer.

The ice hockey world is in great sorrow.

We are making a miracle.] Not only

In this way, Jo Min-ho became the hero of the first goal of the Korean Ice Hockey Olympics.

[Jo Min-ho (February 2018): I was very honored to score the first Olympic goal, and I felt very good.]

He didn't give up and ran, even though he broke his front tooth after being hit by the puck.

He perspired silently while matches were canceled due to the corona crisis.

[Minho Jo (October 2020): It is a great happiness to play with the support of the fans, and I just want to see you soon as the corona calms down as soon as possible.]

But last November, I was diagnosed with terminal lung cancer and had to fight the disease.

After the team's Halla team won the national championship, they held Jo Min-ho's uniform and prayed for a recovery, but Jo Min-ho died at the young age of 35 without fulfilling his wish to meet his fans again.

A wave of condolences continued at his funeral, where the uniform and puck were placed, and the International Ice Hockey Federation also commemorated the departing Korean national team captain.

[Oh Hyun-ho / Pyeongchang Olympic Ice Hockey Representative: You have remained a legend in the end.. Go there (Heavenly) and now don't get sick and rest in peace.

If we meet again, let's play (ice) hockey together again.

Minho Jo, who poured everything out with sincerity more than anyone else, left a huge footprint in Korean ice hockey and became a star in the sky.