Descent into hell of the Girondins de Bordeaux, a major French football club

The French football club FC Girondins de Bordeaux (FCGB), sportingly relegated to the second division at the end of the 2021-2022 season, was sanctioned on June 14, 2022 with an administrative demotion… 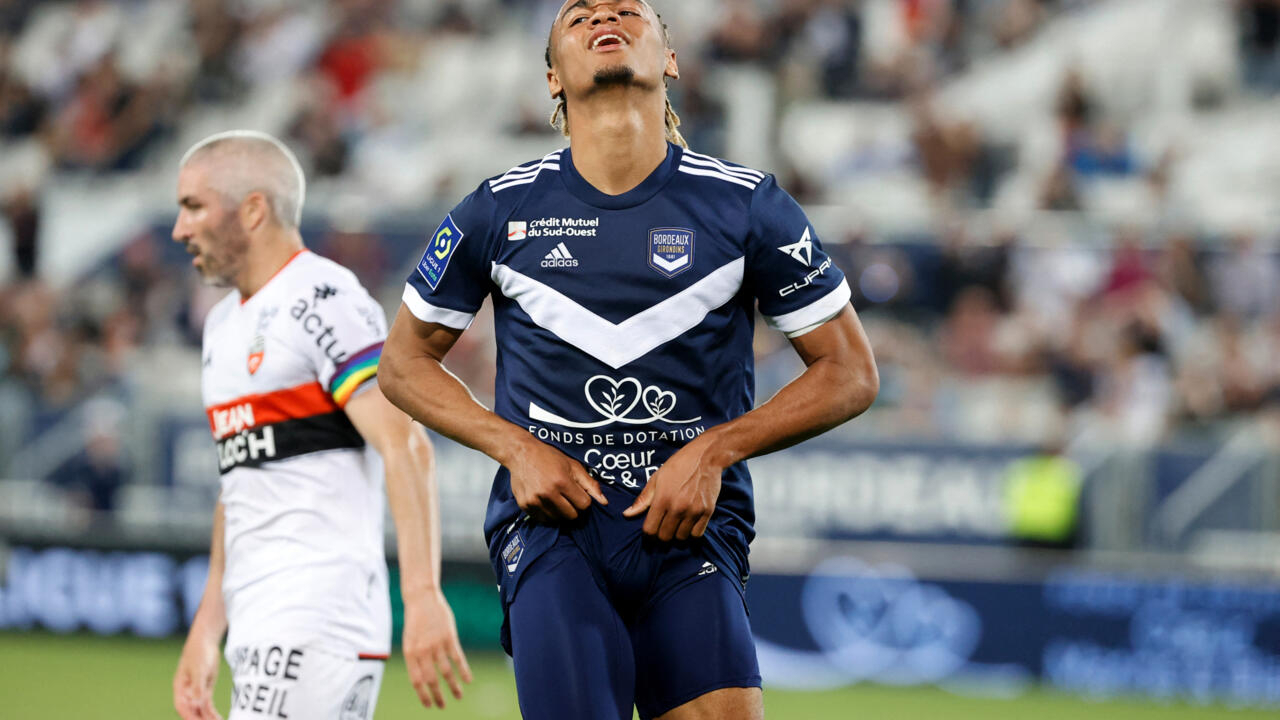 Descent into hell of the Girondins de Bordeaux, a major French football club

Will striker Sekou Mara still play for the Girondins de Bordeaux next season?

The French football club FC Girondins de Bordeaux (FCGB), sportingly relegated to the second division at the end of the 2021-2022 season, was sanctioned on June 14, 2022 with an administrative demotion to the third division, a decision of which the FCGB will call.

The continuation of a slow decline that began almost a decade ago and has accelerated in recent months.

It is the second oldest French football club after Le Havre.

A club created in 1881 and which celebrated its 140th anniversary this season.

A club which has won six first division French Championships (Ligue 1), four French Cups, three League Cups, which has long held the record for participation in European cups, playing in particular a final in 1996 (Coupe Uefa, the ancestor of the Europa League) or a semi-final of the European Cup of champion clubs in 1985 (the old version of the Champions League).

A club through which players like Zinédine Zidane, Alain Giresse, Jean Tigana, Eric Cantona, Pauleta have passed, and where many Africans have distinguished themselves, from Cameroonian Joseph-Antoine Bell to Tunisian Wahbi Khazri via Guineans Kaba Diawara and Pascal Feindouno or the Moroccan Marouane Chamakh and the Senegalese Souleymane Diawara.

But since its last title in Ligue 1 in 2009, and a thunderous European campaign in 2010-2011 in the Champions League (quarter-final, after victories against Bayern Munich, Juventus Turin, etc.), FC Girondins de Bordeaux (FCGB ) has experienced a slow decline, to imitate other major teams that have fallen in the second division (Ligue 2) in recent years, such as AS Saint-Etienne, FC Nantes or AS Monaco.

A sporting stoppage in 2010

A first turning point came at the beginning of 2010, when the Bordelais flew over the debates in Ligue 1 (L1) and the Champions League.

At that time, the France team was at its worst, a few months before the Blues strike at the 2010 World Cup. The French Football Federation (FFF) then asked Laurent Blanc, coach of the Aquitaine, to succeed Raymond Domenech in as a coach.

This canvassing by the FFF leaks and

breaks the momentum of the Bordelais

, who finish 6th in L1 after having been at the top of the standings for two thirds of the season.

In the years that followed, the Girondins never did better than 5th place, oscillating between this rank and 14th place (out of 20).

On the European scene, the campaigns are rarer – five in twelve years – and are often not very hectic, if we except that of 2012-2013 with an 8th final of the Europa League

One of the jewels of the hexagonal round ball then enters the ranks.

The sale of the club by the audiovisual group M6, a turning point

The hope of finding the summits nevertheless still seems to be allowed to the supporters of the navy and white.

In 2013, their team won the Coupe de France and in 2015 they left the Stade Chaban-Delmas (formerly Parc Lescure) for a brand new venue, the Matmut Arena, a promise of additional income.

the results, both sporting and financial (with a growing structural deficit), do not follow

The owner of the club since 1999, the audiovisual group M6, then wants to get rid of it.

M6, which has become a major player in French football partly thanks to FCGB,

agrees with an investment fund

, itself backed by another investment fund much more mighty, King Street.

In 2018, the club from the South-West of France goes under the American flag.

The tensions between GACP and King Street, between leaders, with club employees and

, are however almost incessant.

At the end of 2019, GACP – which had initiated the acquisition of the formation –

withdrew from the case in favor of King Street

And in April 2021, King Street, reluctant to lose even more money (the Covid-19 crisis went through this),

, leaving Bordeaux, placed under the protection of the commercial court, with a deficit of around 67 million euros.

But Gerard Lopez, a Hispano-Luxembourg businessman, intends to take over the FCGB.

The person concerned, who already led Lille from 2017 to 2020, had sporting successes there, contributing in particular to the title of Lille French champion in 2021.

His financial resources, on the other hand, raised questions

Despite the hopes of Bordeaux fans,

The team notably conceded 91 goals in 38 matches, the worst total for a first division club since 1978. Twentieth and last in Ligue 1,

the Girondins unsurprisingly sank towards Ligue 2

In 1991, they were administratively relegated to the second division, following financial problems.

Will they be capable of the same rebound this time?