“The Trusov list will not end”: Butov - on the vector of development of athletics in Russia and preparations for the 2032 Olympics

The appearance of the “Queen of Sports” series is the first step towards the revival of Russian athletics. This was stated in an interview with RT by the former director of the Russian Winter tournament and senior vice president of the Heraklion Foundation Mikhail Butov. According to him, athletes should participate in the promotion of competitions if they want to receive solid prize money. The specialist also spoke about why preparations for the 2032 Olympic Games in Brisbane should begin now and explained what strategic mistakes ARAF should avoid in the process of regaining membership in World Athletics. 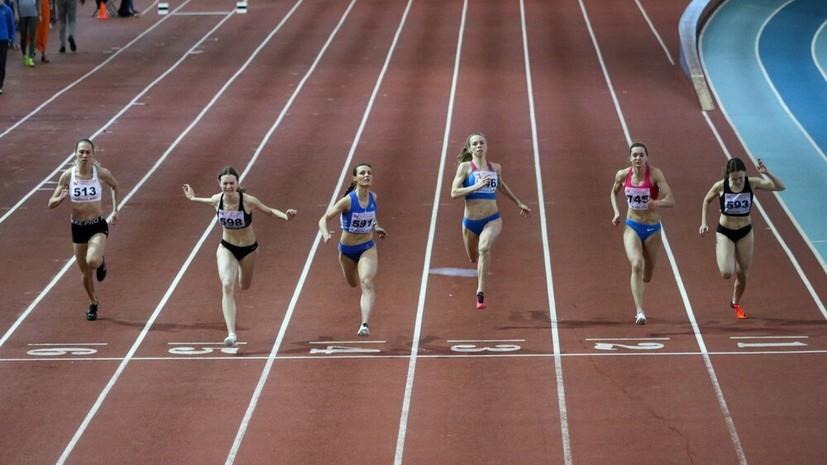 - This year, the Russian competition calendar has a whole series of athletics tournaments called "Queen of Sports".

How do you evaluate this VFLA initiative?

— As an absolutely correct decision.

Finally, we have seriously turned to competitions, because over the past few years they have not been given much attention.

And this is bad, because competition is how the sport is presented to the outside world.

If they are not interesting for the fans or even once a year, then they forget about athletics.

Therefore, this vector is correct in itself: the viewer gets used to the series.

Not without pride I will say that the two competitions that take place in Heraklion are included in the "Queen of Sports".

This is the "Feast of Power" and "The Way to Olympus".

And the “Battle of the Sexes” will be included in a similar winter tour next year.

Let me emphasize that I have a positive attitude towards the undertaking, but this does not exclude the fact that we still have to work and work on it.

And it will be very important to analyze what will happen this year.

- Do you think enough has been done to attract spectators to the stadiums?

Most of the starts that are now collected in a series already existed before, and from the fact that they have now become a kind of single whole, alas, there is no need to talk about a big surge of interest.

But it still needs to be worked on.

And I am very pleased that now the federation has managed to establish contact with the leading sports TV channel, to agree on live broadcasts.

The Athletics Week will be held in Moscow, and this is also very, very good.

But, you see, creating competition is the way to go.

It took five years for the Russian Winter to become a self-sustaining tournament.

This is the path and you have to follow it.

If you don't roll it will work.

- One of the steps on this path is the invitation of Alexandra Trusova.

A strong move by the organizers, do you agree?

I tried many times to do it myself, but it didn't work.

And I’ll reveal a little secret - the Trusova list will not end, there will be more surprises.

But to lure spectators to the stadium is half the battle.

I think that at least at the first stage they will come to the stands, but whether we can keep them is already a question.

We already need to work on this.

By the way, I heard that in basketball after the departure of foreign athletes, oddly enough, there were more spectators, interest increased.

This is probably related to the whole current situation, but it is important not to miss this impulse.

- At the recent final of the Russian Football Cup, a real sensation was made by the performance of MakSim.

Is it worth it to invite pop stars to athletics tournaments?

And we used this technique many years ago.

But here it is very important to guess with the performer.

With MakSim, the hit was one hundred percent from all points of view: here is her personal story, and the song, which is already connected with the traditions of the fans.

I can only say bravo to the organizers.

The performance of artists at sports competitions does not always work.

To be honest, the opposite is more often the case.

So you need to do it carefully, but you have to do it.

Let's look at the other side of the coin.

Almost for the first time in the history of athletics in Russia, all 18 tournaments of the "Queen of Sports" provide prize money for medalists.

The amounts, compared with foreign starts, are small, but under the current conditions, is this still a positive moment?

- You know, I always advocate that athletes receive rewards for their work, and I try to do this in my projects.

However, the prize money should be part of a single story, a single concept, within which the athlete works to popularize the competition in which he participates, and makes the general spectator interest increase.

Prizes must be well-deserved.

But at the same time, they should be involved in the promotion of the tournament - give some interviews, write something on social networks, take part in some activities by agreement with the organizers.

And this approach, in my opinion, is justified and reasonable.

In our realities, of course, it’s good that we managed to find money - for the guys this is support.

- Rather, for the organization of sports in general.

I am convinced that there should not be any kind of consumer attitude.

We need a clear understanding of where the money that athletes receive comes from.

And also the confidence that this is not a one-time event, that all this will continue to develop for the benefit of athletics and sports in general.

Then we will get sustainable development, and hence the steady interest of the fans.

Do you know the secret to the perfect English lawn?

It needs to be watered in the morning and mowed in the evening.

So it is in sports.

We need to do our job, purposefully, with an understanding of where we are going and why.

And everything will work out.

- That is, sooner or later, athletics in Russia will be able to become a commercially profitable project?

- Yes, and we showed with the Russian Winter team that this is possible.

- I want to change the subject a bit and talk about the return of the VFLA to World Athletics.

Irina Privalova advocates cooperation and systematic work on restoration, but there are many supporters of an ultimatum approach.

According to her, a split exists even among the members of the presidium.

Which position do you lean more towards?

- I, frankly, am not very dedicated to all the latest ups and downs, but I have said many times and I will repeat again: if we put the return to WA as a priority, then we will certainly be the losers.

Something happens all the time: either we make mistakes ourselves, or some external circumstances, or someone’s evil will.

And we are waiting, but nothing is happening in our country at this time.

So we started by talking about competition.

And what prevented you from actively working on your own calendar over the past five years, developing some new formats?

But, unfortunately, all efforts were directed to something else.

And if this continues, then when they decide to return us, we will have nothing to come to the world stage with.

Look what happened all these years with athletes, with competitions!

I do not think that in such a state as it is now, we are very interesting to the world.

Therefore, we must change ourselves.

Moreover, the general situation encourages this.

- How exactly to change?

- To deal with the internal calendar, to deal with juniors first of all, to take care of those stars who are now performing, and fight for their starts where possible.

And then interesting athletes with good results will certainly appear, some new competition formats will appear.

After all, the world is not closed, it will definitely be seen and interested.

And this will encourage at least a dialogue.

In the meantime, what pushes for dialogue?

That we fill out all the paperwork correctly and punish anti-doping rule violators?

This is good, but not enough.

I do not want to interfere with the tactics of the ARAF with World Athletics, but the strategy is what, in my opinion, requires urgent and serious attention.

- In your social networks, you write that now you need to prepare for the 2032 Olympics in Brisbane.

Do you think it is impossible to radically change something for Paris, or at least Los Angeles?

And given that the Olympic champions are rapidly getting younger, then you need to look at even younger guys.

But time passes, and the starting position is the same at best.

Do you think nothing has changed in six years?

- From the point of view of the preparation of the reserve - no.

Although many other things have changed.

Attitude towards doping, for example.

But we need changes in the training system - in training, methods, access to international experience, in sports nutrition.

If all this is brought together into a single modern system, we will have a chance.

In addition, I am convinced that the future of athletics lies in new competition formats.

And I'm very disappointed that they haven't caught on yet.

Tournaments at the intersection of different sports, non-traditional venues.

Here, for example, the pole workers managed to organize street starts in some cities.

I do not argue that pole vaulting is spectacular, but there are other types that can be held in a similar format.

But such proposals are somehow condescending, like a show.

And this is a sport, this is a new format of the sport.

There are already a lot of competitions in the world, including the Diamond League, which take place right on the streets.

But I remain an optimist: I am sure that everything will be fine sooner or later.

I just want it to be early.